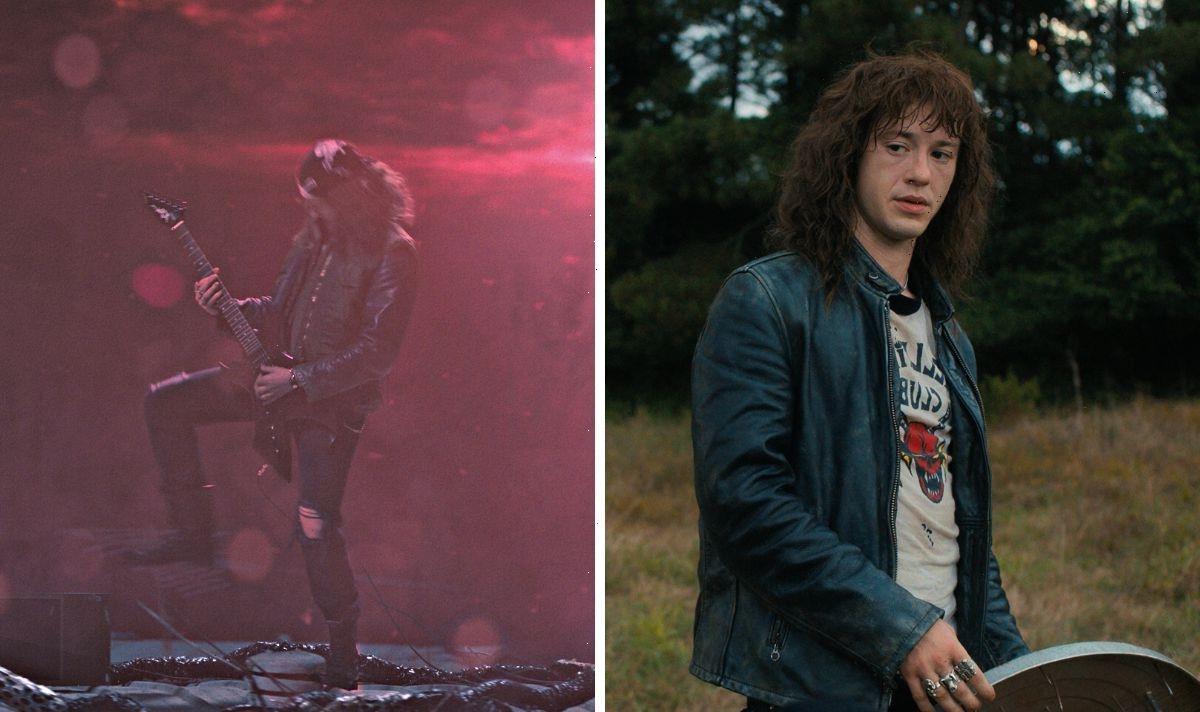 Stranger Things fans have been scouring the latest season for clues of what lies ahead and they think an Iron Maiden album cover might have the answers they’ve been looking for. Eddie Munson was killed during the epic season four run but is it really the end for the beloved character?

The Duffer Brothers’ sci-fi creation has sent the internet on one giant wild goose chase for season five clues after the last finale left them hanging off a massive cliff.

One character’s death in particular, enraged fans as they demanded the return of Eddie Munson (played by Joseph Quinn) in some capacity.

Following the analysis of an album cover attached to the Hawkins local, Stranger Things fanatics think they’ve found their ray of hope.

Details on an Iron Maiden cover seem to suggest it may not be the end of the line for Eddie just yet. 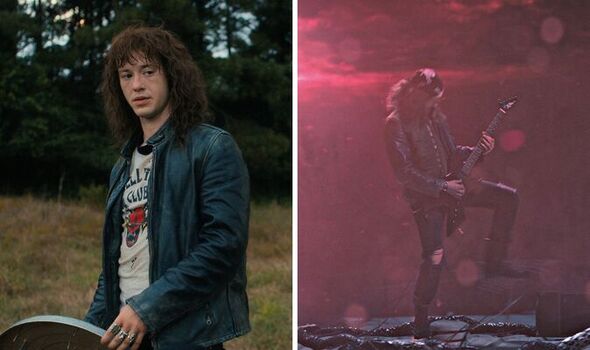 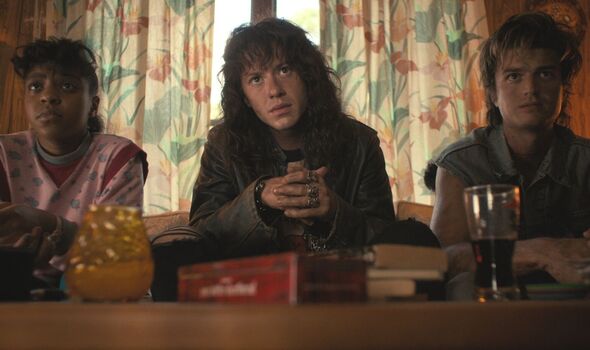 Season four volume two was full of plot altering twists and turns but the death of Eddie in the Upside Down was more than fans were willing to tolerate.

The hero was mauled by a whole legion of Demobats and left to bleed out in the alternate world.

However, after theorising until blue in the face, fans are pretty certain Eddie is still alive and will play some role in defeating the villainous Vecna in the drama’s final season.

Standing out amongst all the hearsay, the most popular guess is that the rock star wannabe will transform into a famous vampire villain from the show’s inspiration, Dungeons and Dragons. 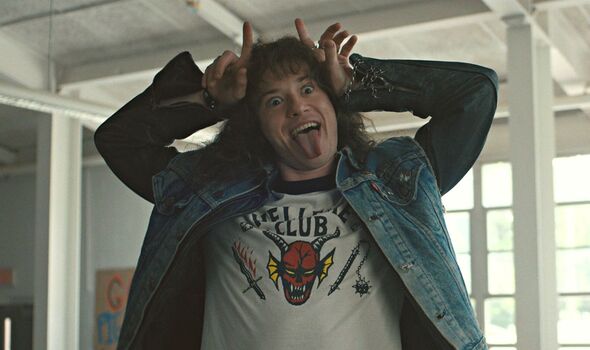 Returning to the series as Kas, due to his cause of death being Demobat bites, Eddie is marked to be a key player in killing Vecna.

No smoke without fire, a Reddit user seems to have spotted a clue that could seal this fate for the character.

Shmalexandrea took to the platform to share the findings of their fiancé which foreshadow an active future for Eddie.

They posted: “Today my fiancé pointed out something that I haven’t seen anyone else say yet.

“This doesn’t explain how or why, just a possible hint/sign that Eddie could be back for season 5.”

The social media user went on to explain the significance of an album cover in sealing the Hellfire Club leader’s fate.

They continued: “So this Iron Maiden album came out in 1986. If you look closely on the far right it says ‘Eddie Lives’.

“And some of the songs on that album include: Caught Somewhere in Time, Wasted Years, Sea of Madness, Stranger in a Strange Land,” they pointed out.

Bashing away any doubters, the user highlighted the most important element of the clue.

The album was the exact one he held up to demonstrate his love of metal music to the rest of the gang.

Fans of Iron Maiden will know Eddie – or Eddie the Head – is the mascot of the band and regularly makes special appearances at their concerts.

This Easter Egg could end up being hollow but following the pattern of the Duffer Brothers thus far, they are nothing but clever when it comes to subtle hint dropping.