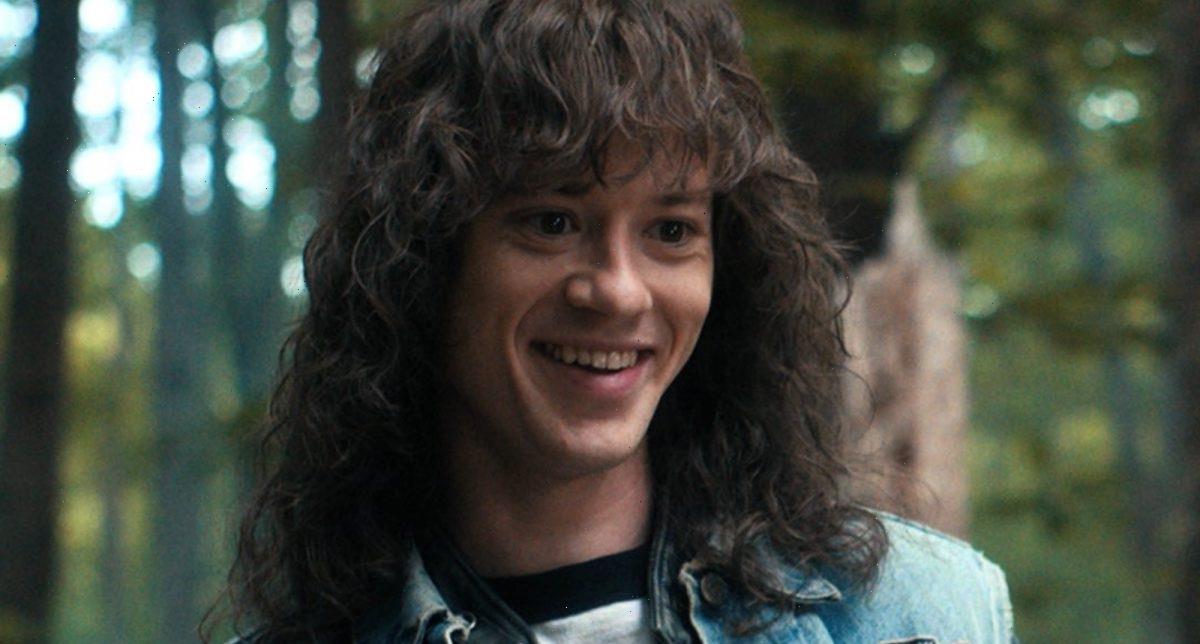 Fans have gone ga-ga over Stranger Things Season 4 Volume I’s newcomer Eddie Munson. Played by actor Joseph Quinn, the jean vest and leather jacket-wearing character has become involved in the heinous reality of Hawkins. In the first half of the season, Eddie gets a crash course of the Upside Down and helps the characters fight a new enemy. But will Eddie live to tell the tale in the second half and the fifth season?

[WARNING: This article contains spoilers for Stranger Things 4 Volume I] 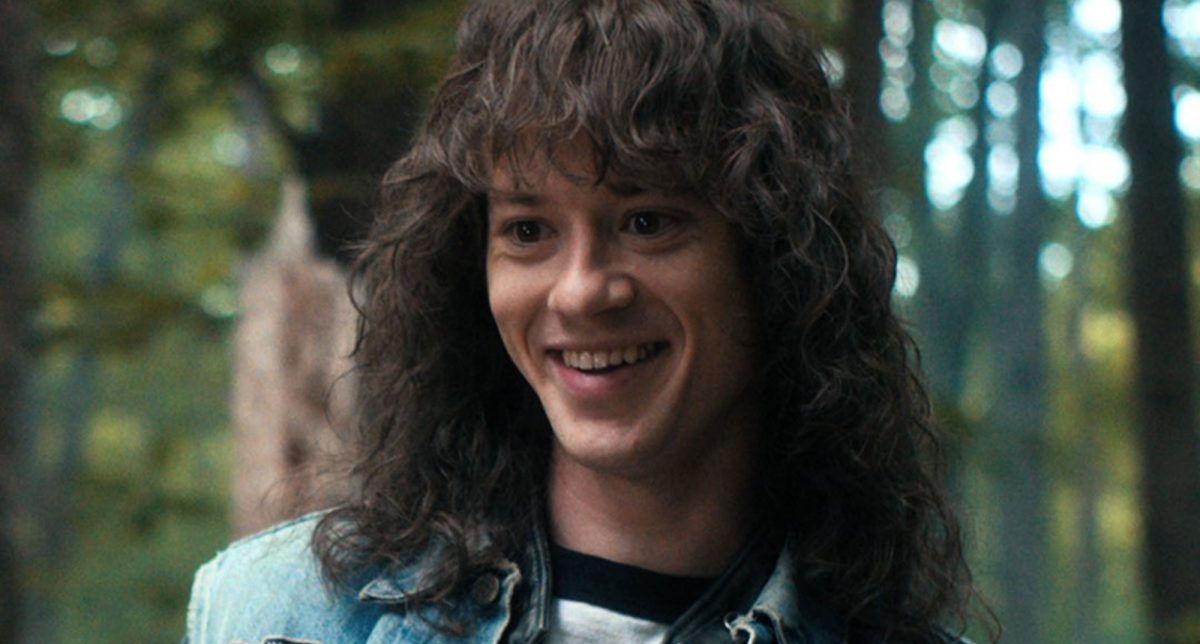 The new character to the season ties in nicely when it comes to his introduction. Mike and Dustin are in a pickle when Lucas is ditching the biggest D&D game, hosted by Eddie, to play in the basketball finals. Fans meet Eddie in the school cafeteria when Mike and Dustin tell him of the problem. Clad in a cut-off jean jacket over a leather jacket, with puffy hair, skull rings, and more, Eddie creates a bad boy aura.

He is the opposite of a jock and is somewhat deemed a delinquent. Fans later see he is the leader of Hellfire Club, a D&D club that gathers to play. It is his turn to host the biggest game of the year, where he introduces Vecna. But Eddie’s story begins with Chrissy.

In “Chapter One: Hellfire Club,” Chrissy is the head cheerleader but starts to hallucinate odd occurrences that slowly drive her mad. She meets Eddie in the woods, and he offers her some drugs to help. In his trailer, she goes off the rails in a trance. Fans meet Vecna, who is inside Chrissy’s mind. Unable to wake Chrissy, Eddie watched as her body was suspended in the air and crushed by an unknown force to a grisly death.

The body is found the next day, and Eddie is the suspected killer. Dustin, Max, Steve, and Robin realize a new evil in Hawkins and find Eddie to figure it out in Stranger Things Season 4.

Is the character’s guitar solo a last performance before his death?

In the initial trailers for Stranger Things Season 4, fans saw a long-haired man having a guitar solo in the darkness of the Upside Down. Fans can now confirm it is Eddie but is the scene meant to signify his last moments? According to fans on Reddit, the scene is likely Eddie using music to lure away creatures or demobats from the main characters.

The main characters learn that the sound of music hinders Vecna. When Max was in danger of becoming his next victim, Dustin and the others put on her headset to play “Running Up That Hill.” It brings Max back to reality and breaks Vecna’s spell.

It could be that Eddie uses his guitar solo to save the others as a suicide mission. A fan pointed out they get power for the equipment through the gate in Eddie’s trailer, which is also fitting. Fans are left to wonder about Eddie’s fate in Stranger Things Season 4 and what song he will play. One fan hopes for Metallica.

Eddie has become a fan favorite as he welcomes the reality of Hawkins with open arms and helps the main characters uncover the truth about Vecna. But according to Digital Spy, the series might have foreshadowed his death. This is largely because there is always a “sacrificial lamb,” and Eddie has no family connection.

It is unclear if Eddie will make it to Stranger Things Season 5. The Duffer brothers have kept the lid shut tight. But actor Joseph Quinn has high hopes for his character.

In an interview with Digital Spy, the actor commented on the possibility of his return. “Oh, yeah, I think so. I can’t see why not. I’d be furious if they’re not bringing me back,” said Quinn. The Duffer brothers have shared teasers ahead of the second installment, from the reason for Eleven’s speech pattern to the mystery behind the Upside Down.

Ross Duffer explains to Variety, “I would be concerned about the characters going into Volume 2, for sure. I hope that that is sort of the sense, because it is a darker season and the kids are no longer kids. So everybody is in danger. And there’s sort of an ominous feeling that things might not go well. Now, whether they do or not, you’ll have to watch.”