Eleven has been through several wringers over the course of three seasons of Stranger Things. She was manipulated and traumatized by a team of shady scientists trying to study her powers. Alien monsters have injured her. Now, she may have lost her adoptive father.

And here’s the kicker. Things may be about to get even worse. 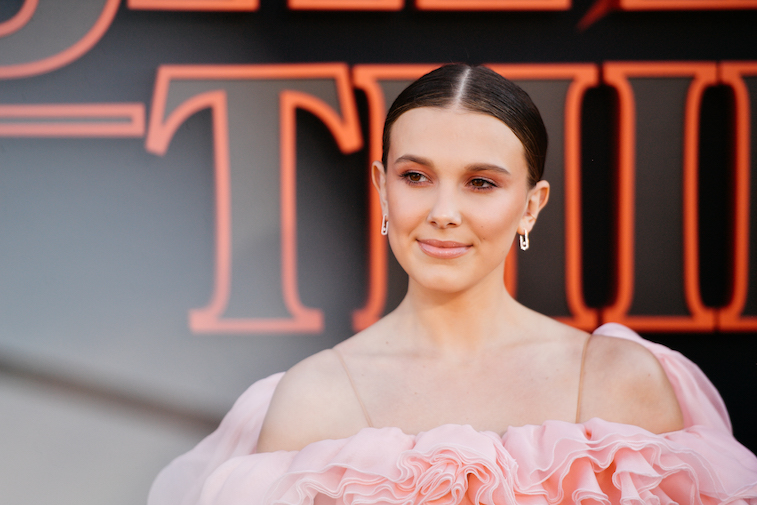 A quick recap of season 3 is in order to provide context, so spoiler alert if you haven’t caught up yet. We won’t recap every detail, but we’ll cover the important ones that pertain to Eleven.

Eleven and Mike’s adolescent romance has heated up considerably — so much so that it unnerves Eleven’s adoptive father, Jim Hopper. He  intimidates Mike, who begins to make excuses to Eleven. This prompts Eleven to dump Mike, with the encouragement of Max.

This being Hawkins, Indiana, an alien menace is afoot. The mind flayer who tormented Will is back, this time taking control of Max’s surly brother Billy. The mind flayer attacks the mall and Eleven and her friends fend it off, but not before the creature kills Billy and injures Eleven, stripping her of her powers. Hopper, who has tracked the mind flayer’s source, helps destroy the machine controlling the gate to the Upside Down, but seemingly perishes in the process.

The Byers family takes in a grieving Eleven, but the family decides to leave Hawkins, having suffered enough trauma. Mike, Eleven and the others share a tearful farewell, with Eleven still unable to use her powers. An end credits scene hints that Hopper is still alive and confirms that monstrous forces stand ready to strike again.

What does Millie Bobby Brown say about season 4?

Season 4 has not been confirmed just yet, although it is being written. Yet, as she often does, Millie Bobby Brown strongly hints that season 4 won’t go well for Eleven. Does it ever?

Leading up to season 3, Brown gave a short video interview to Young Hollywood, saying that “It’s never going to be great. Eleven will never be happy until something really good happens.”

That sounds pessimistic bordering on fatalistic, but the way the show is set up, Eleven seems destined to be caught up in some kind of trouble. Now that she’s without her powers, that only makes her more vulnerable. So if Eleven led a peaceful existence in season 4, that would mean that either the show is ending, or that the Duffer Brothers are working on a very unusual twist.

On an Instagram Q&A, per Screen Rant,  Brown said, “I don’t know. I mean, guys, these are all questions that you just know I can’t answer. Even though I could potentially know the answer and probably you know the answer. But you just feel free to ask me because you think I’m gonna tell you, but I actually, legally, cannot.”

One of the leading predictions about season 4 is that Eleven could be forced to be the villain in season 4, just as Billy was forced to be the villain in season 3.  This fan theory is discussed in, of all places, Elle magazine. A Reddit user pointed out that when the mind flayer grabbed El by the ankle, part of it remained behind to infect her, and the gang had to forcefully and painfully extract it.

This is probably why El lost her powers, and that very loss figures into the fate of Hopper. If Eleven still had her powers, she could have used her telepathic abilities to find out if Hopper was truly dead or to learn where he had been taken. Worse yet, a  shadow in the final scene of season 3 may signal an Eleven vision or flashback, reminiscent of Will’s when he was infected and trapped in the Upside Down.

It’s also possible that Eleven and the Byers could be moving to nearby Chicago, perhaps reasoning that the monsters wouldn’t show themselves in a big city, or at least, that the big city would make it harder for the evil forces to find her. As we have seen time and again, though, where Eleven goes, shadows follow.