The sci-fi legend, 88, was in California for the new film from the franchise Renegades: Ominara. 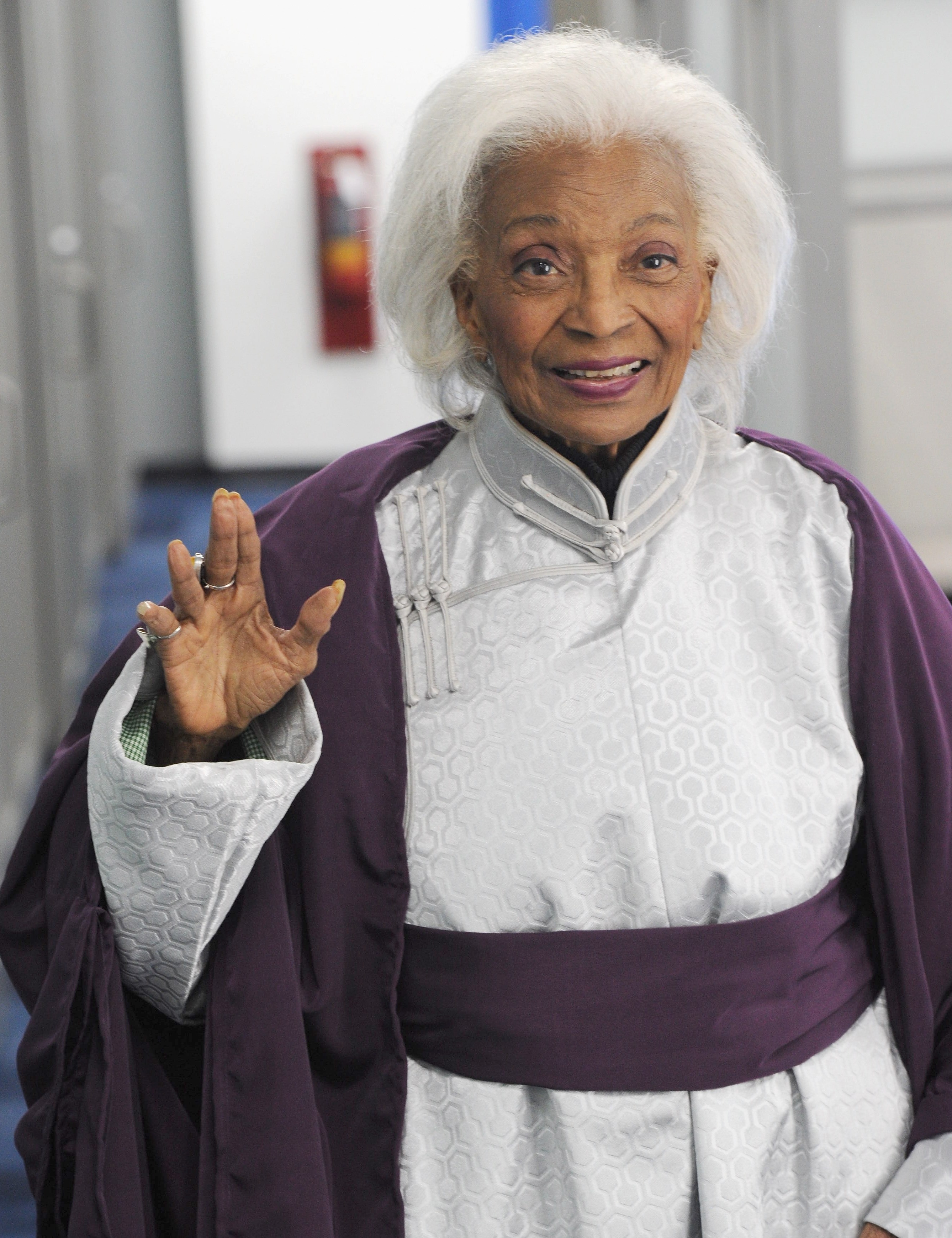 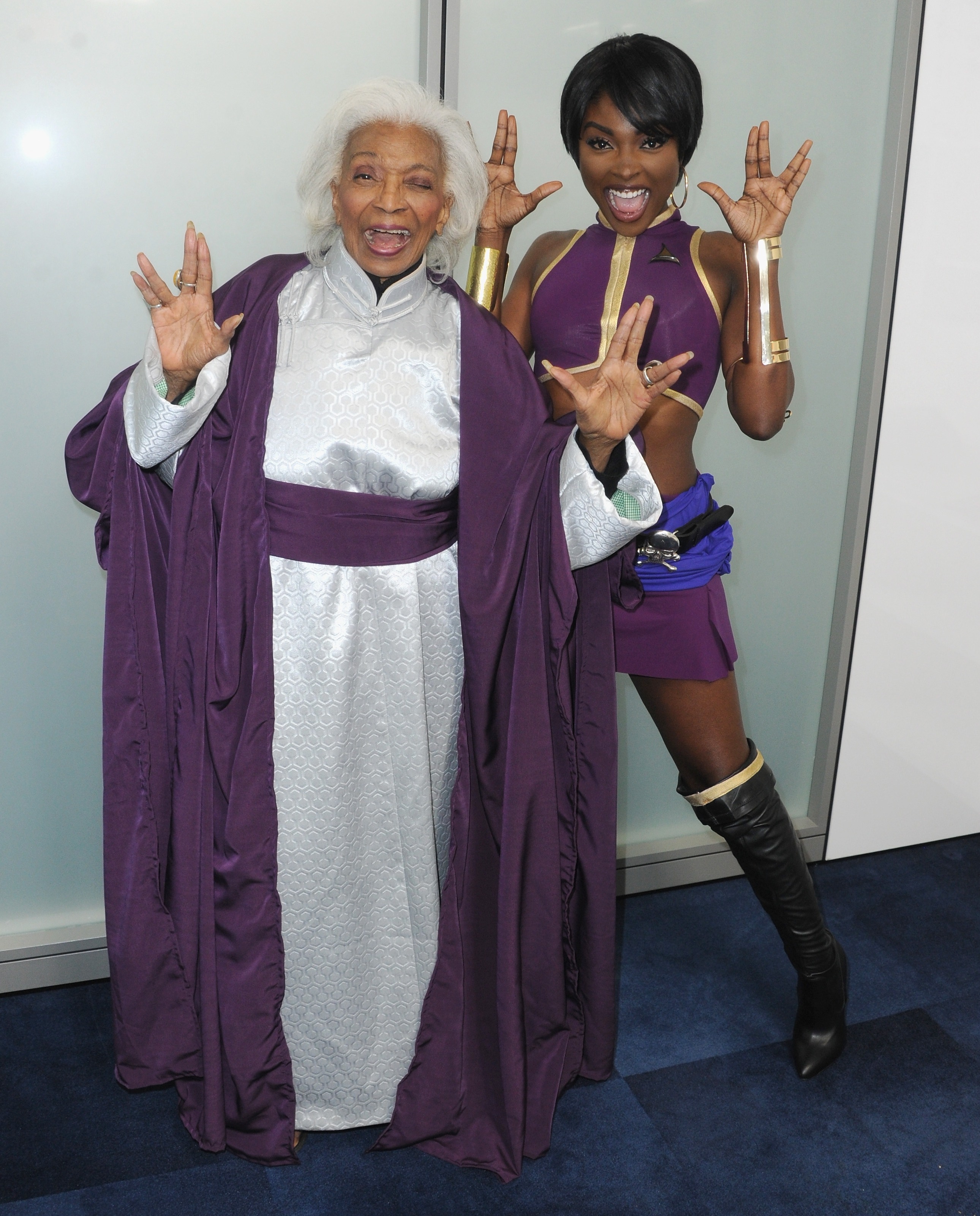 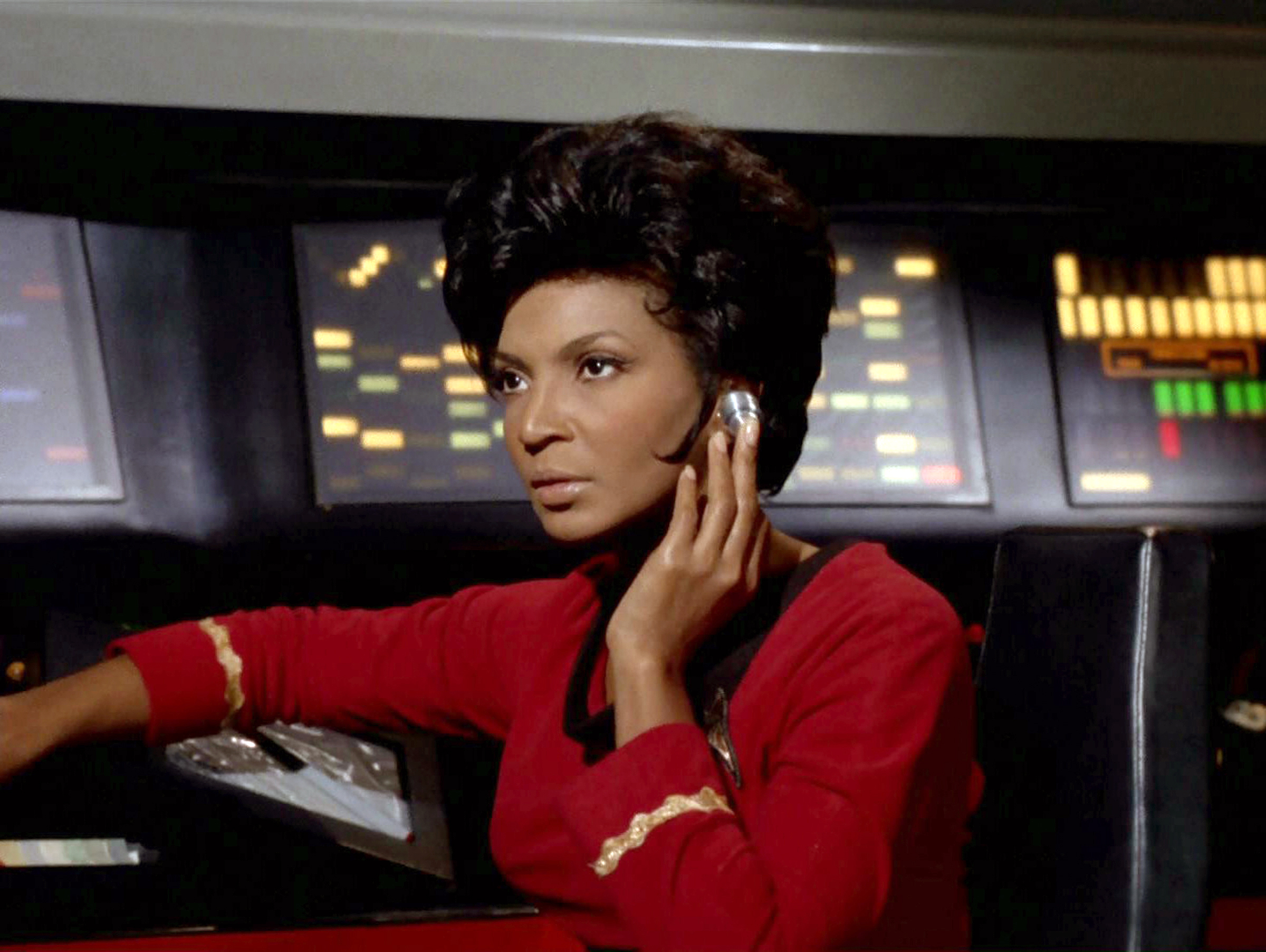 She played Nyota Uhura in The Original Series in the Sixties alongside William Shatner, 89, and Leonard Nimoy, who died in 2015.

Nichelle reprises her role for the new flick with Loren, 28, playing a younger version of Nyota.

Last year we reported that the Royal Mail released a set of 12 stamps to celebrate the iconic sci-fi show.

The set of stamps features past and present characters, including Spock, Kirk and Jean-Luc Picard. 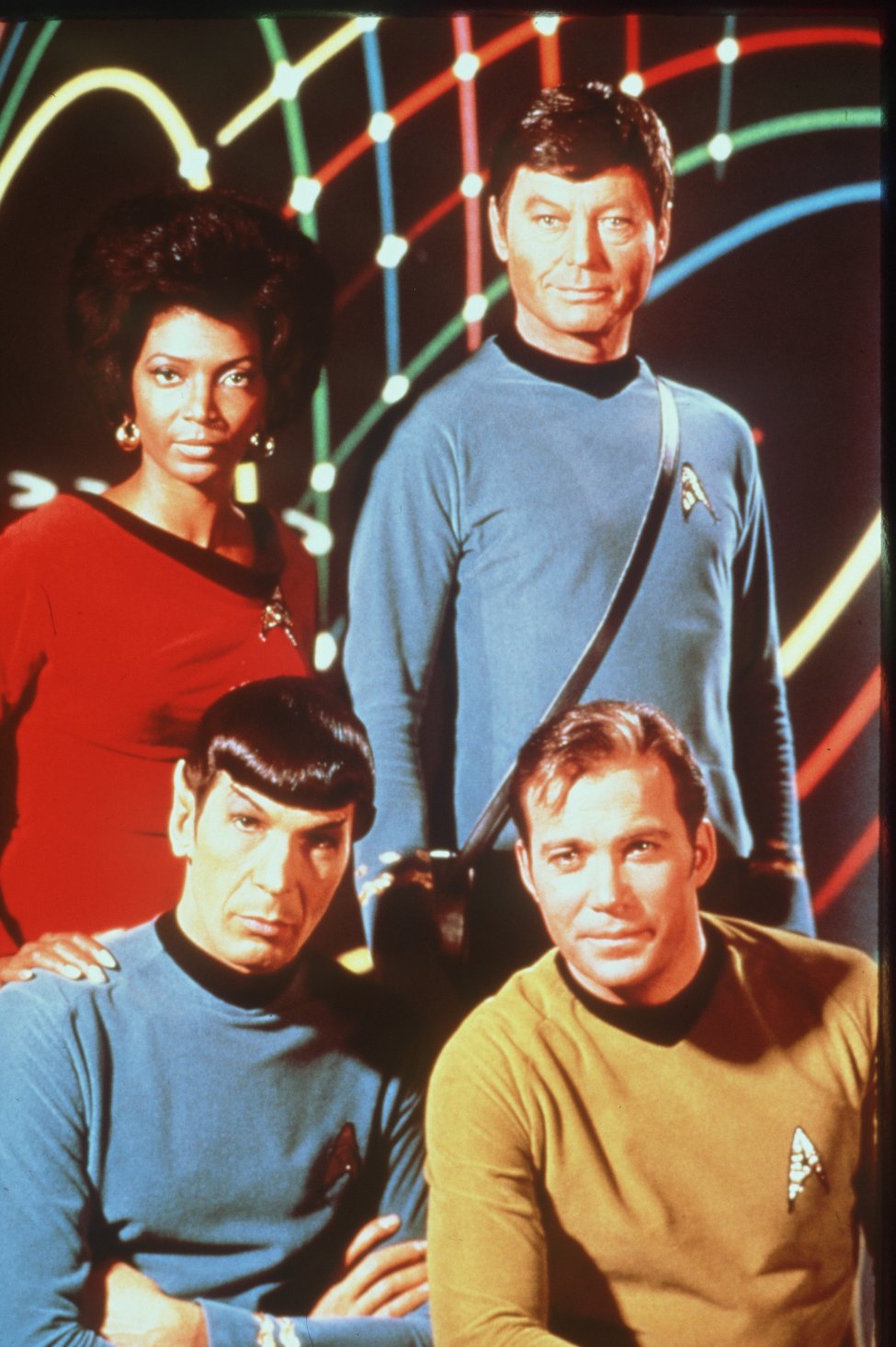 Philip Parker of Royal Mail, said: "For more than 50 years Star Trek has enthralled and inspired generations of loyal fans with extraordinary adventures and an optimistic vision of humanity's future.

"We celebrate the Star Trek Universe with stylish new stamps of its iconic characters." 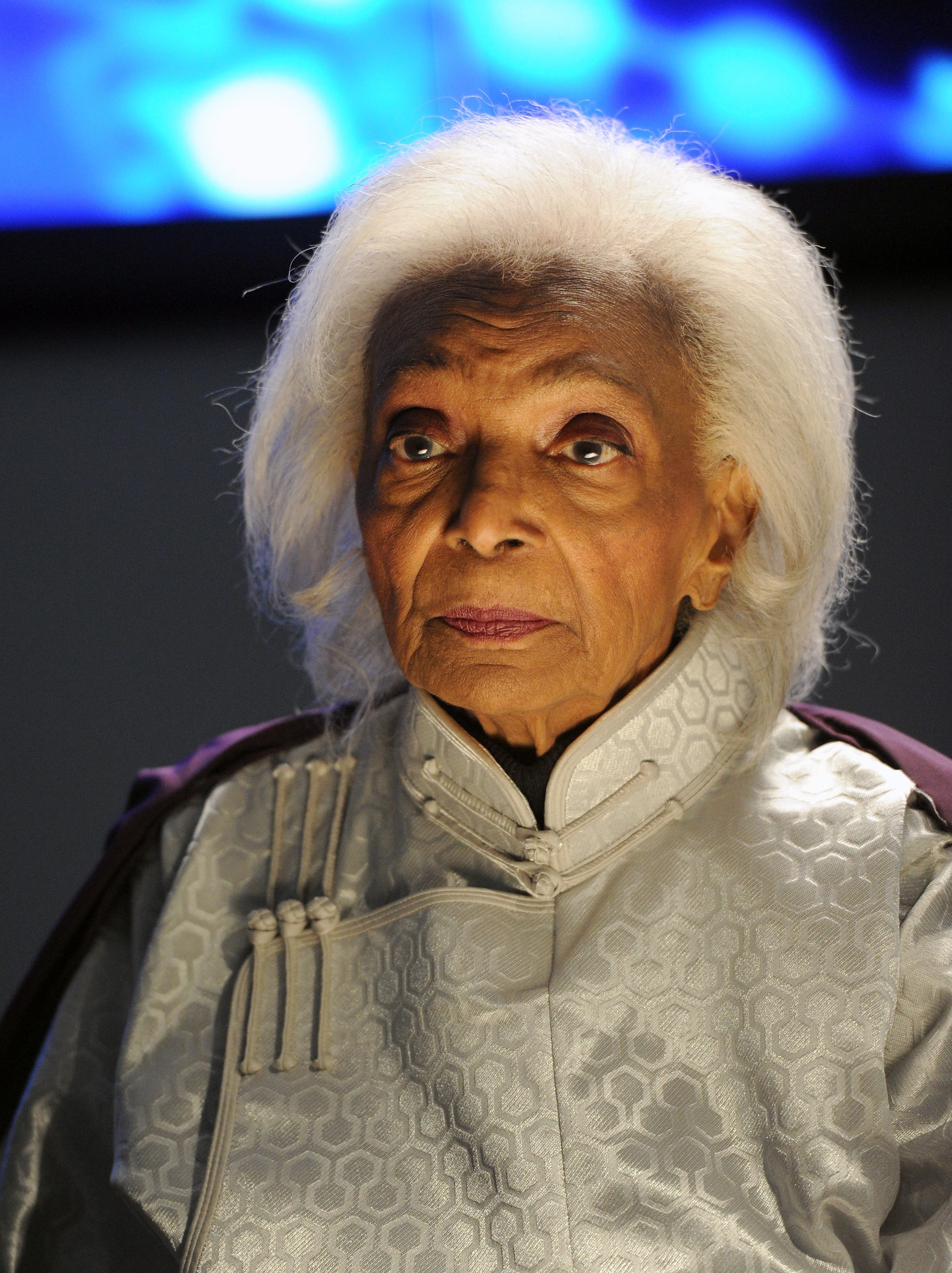 The 12 stamps depict the captains from the six main TV series of the hit franchise, plus additional crew members.

We also reported that a top scientist wants people to adopt the Star Trek Vulcan salute.

Prof Robert West suggests we “boldly go where no man has gone before” now a handshake is taboo. 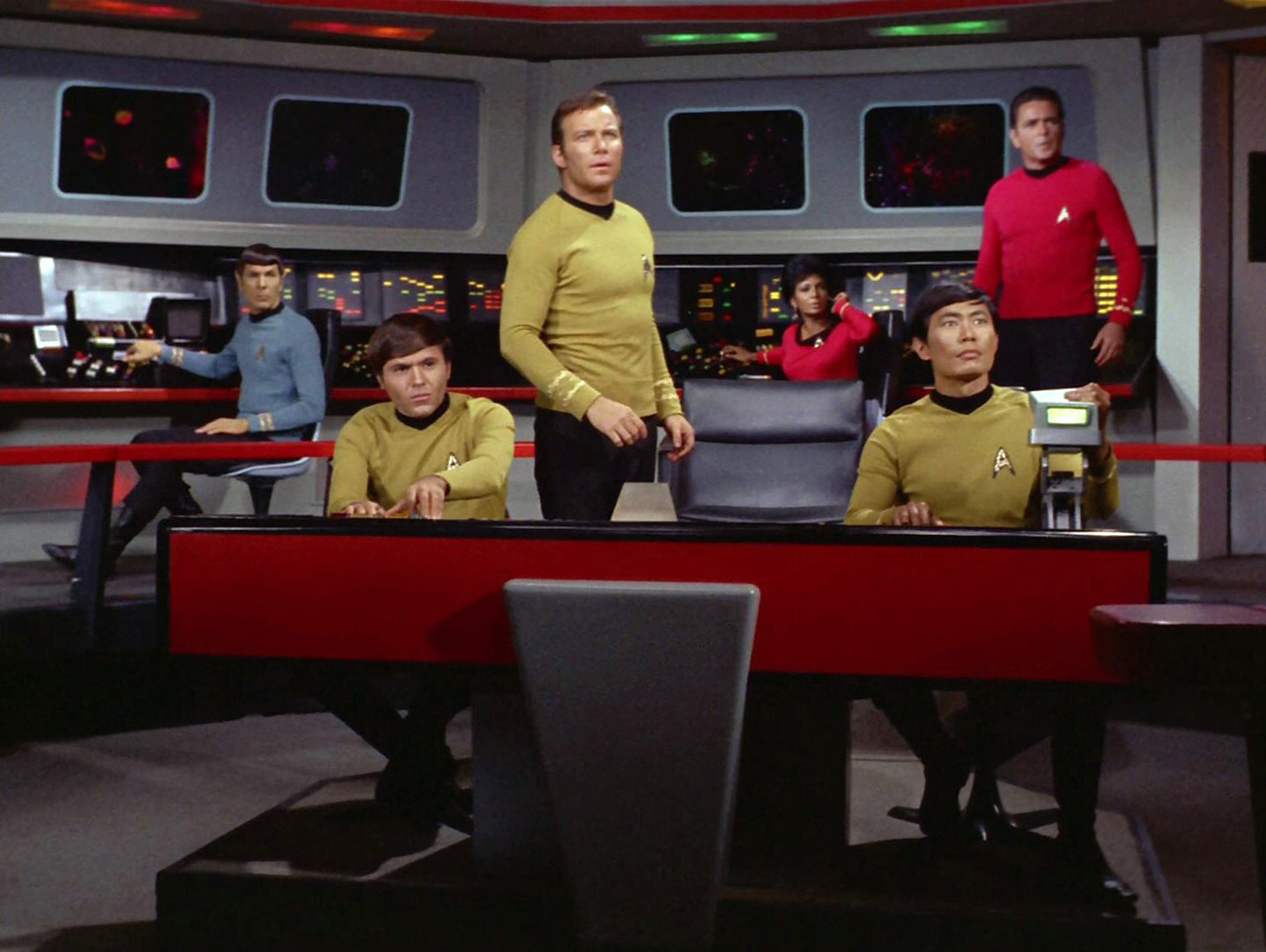