STACEY Solomon taunted boyfriend Joe Swash while he was doing some gardening this morning.

The telly favourite, 30, regularly refers to her other half by his nickname – Hoe – and today she found it hilarious that he was using a gardening tool that goes by the same name as him. 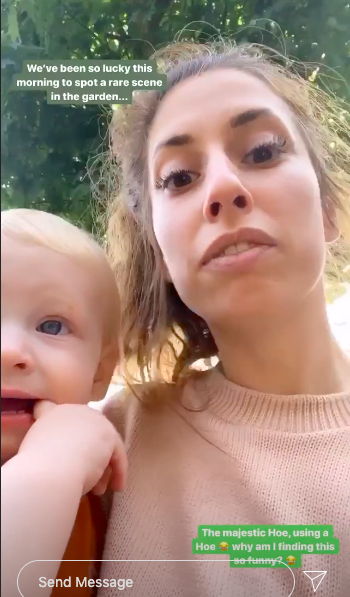 Taking to her Instagram story, she videoed herself and baby Rex watching the former EastEnders star, 38, performing his gardening duties.

Stacey said: "We've been lucky enough to spot a rare sighting in the garden today…"
She then panned the lense over at Joe and giggled: "It is Hoe, using a hoe."

The mum-of-three captioned the post: "We've been so lucky this morning to spot a rare scene in the garden.." 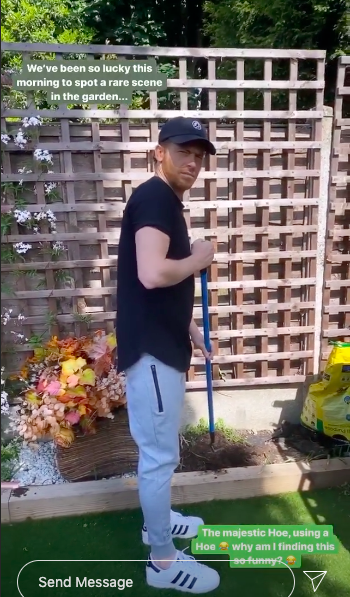 "The majestic Hoe, using a hoe, why am I finding this so funny?"

Stacey started her day with some cuddles with baby Rex and posted an adorable photo of them lying in bed together.

She then prepared a tasty breakfast for her family to enjoy – including some healthy fruit for her boys and marmite on toast for herself.

The star also made a list of things that she had to do today – including some arts and crafts and cleaning Rex's bottles. 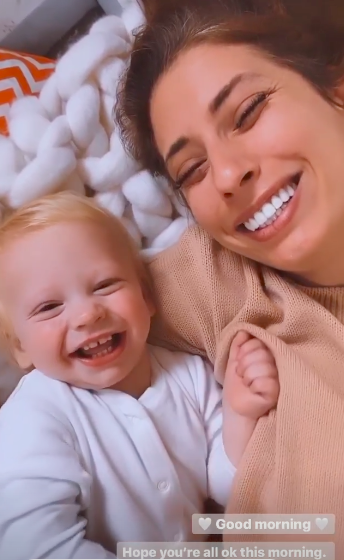 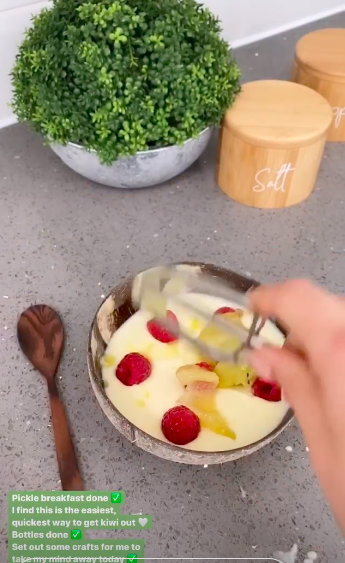 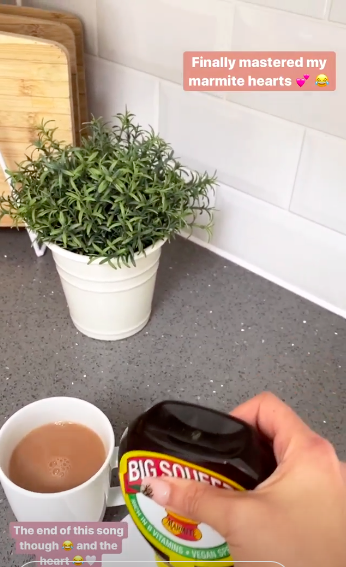 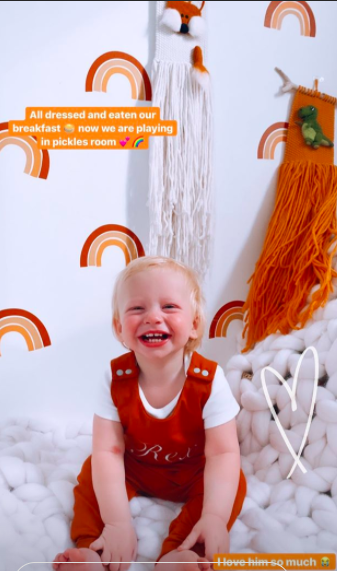 At lunch time, the TV personality shared what was for lunch as she rustled up some cucumber sushi for her eldest boys, eight-year-old Leighton and 12-year-old Zachary.

The star put together her own rolls made with cucumber, rice, tomatoes and cream cheese.

After a busy morning, Rex finally fell asleep for his first nap and Stacey shared an adorable snap of her youngest holding on to his favourite toy – and she admitted that she's scared of what might happen if he loses it.

She wrote: "This is our first nap of the day… 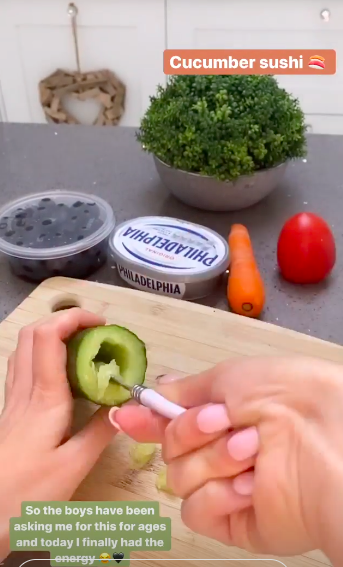 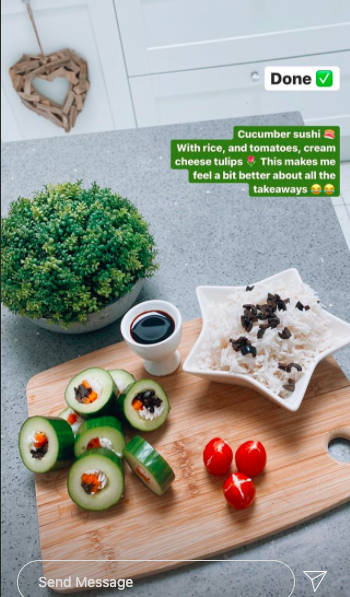 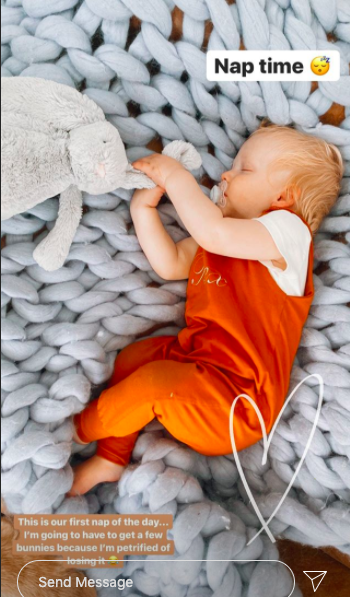 "I'm doing to have to get a few bunnies because I'm petrified of losing it."While Rex was napping, Joe and Stacey decided to have a bit of fun – by dressing up as chickens.

Talking to her 3.3m followers on her Instagram story, she said: "Pickle is sleeping and the boys are playing their games so Hoe was like 'shall we play a game? I saw something on Twitter and it looks like fun' and I was like oh my god yes…"

She then panned the camera back at Joe with a rubber glove on his head and said: "And then he comes in like this…" 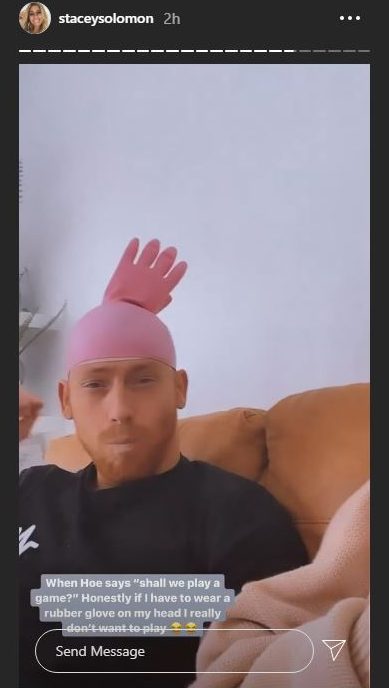 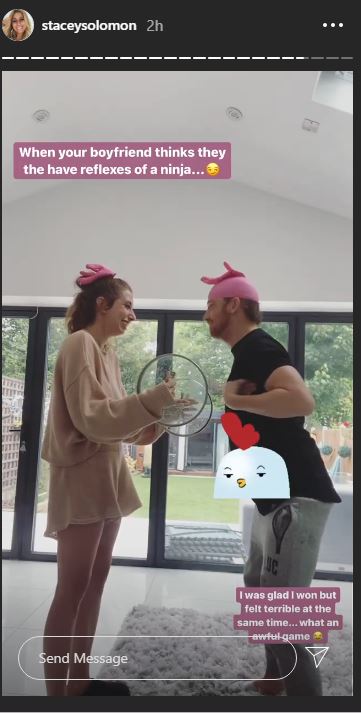 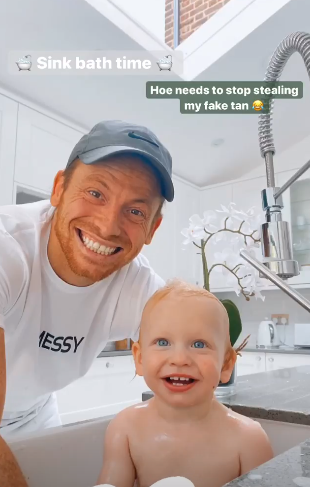 Stacey successfully caught Joe the chicken with her two lids but "felt terrible," and even went on to brand it "an awful game."

The two have got up to a lot of fun over the past few weeks during lockdown – including family trips to the woods and reenacting moves from Joe's Dancing On Ice routines.

Yesterday Stacey accused Joe Swash of stealing her fake tan as he showed off an orange glow.

Alongside a photo of him giving their son Rex a bath, she joked: "Hoe needs to stop stealing my fake tan."