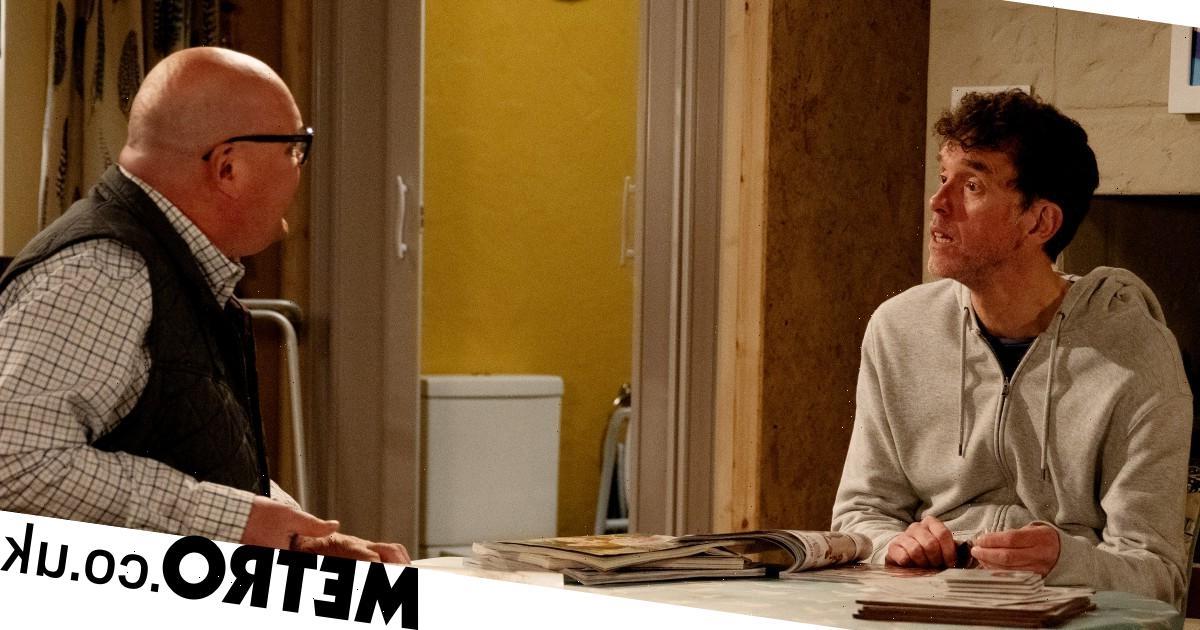 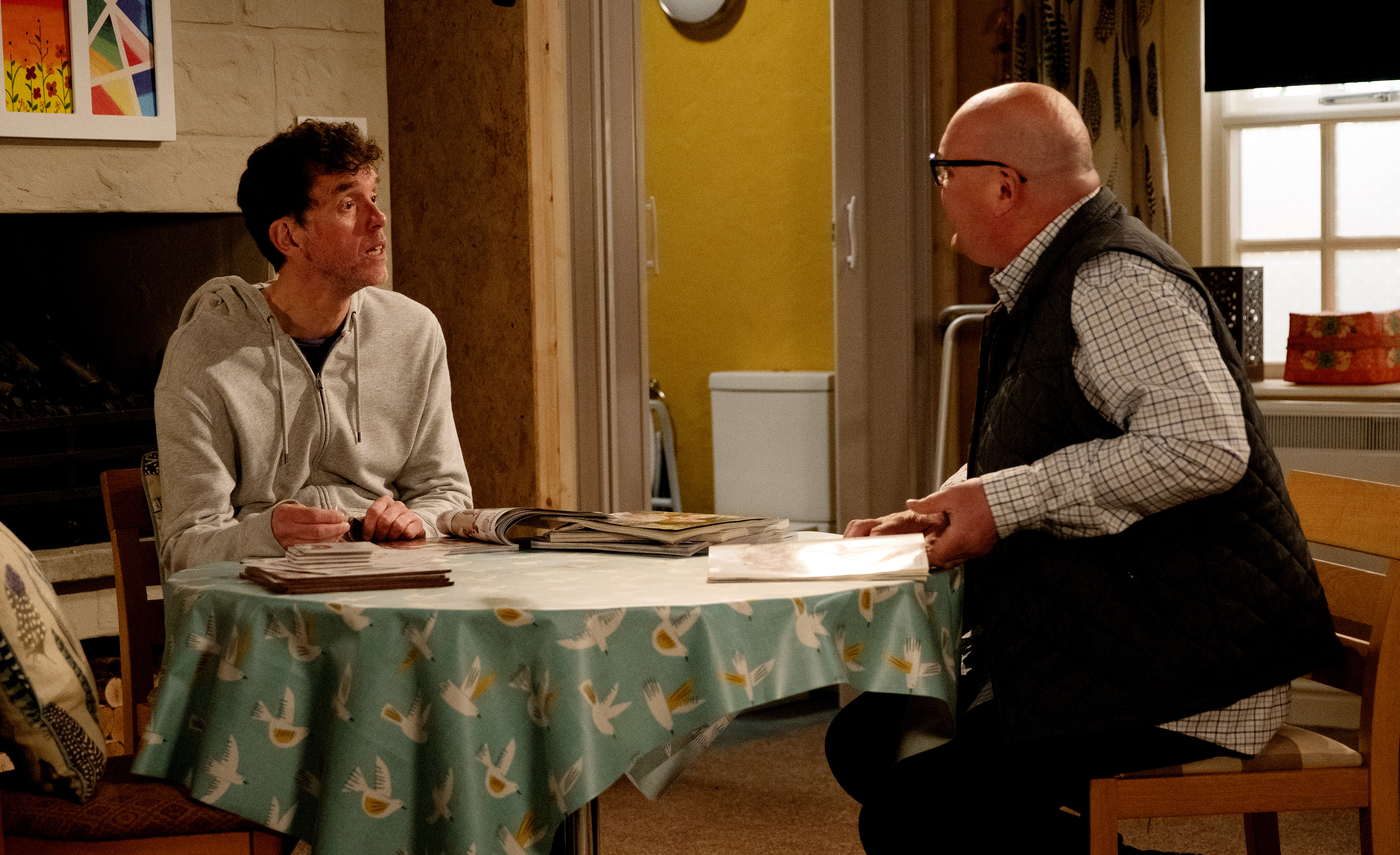 With church bells set to chime in Emmerdale for the wedding of Rhona (Zoe Henry) and Marlon (Mark Charnock), there are still a lot of arrangements to be finalised. And one important job needs to be filled: who’s going to be Marlon’s best man?

Well, there really is only one man for the job and that’s Paddy (Dominic Brunt), and he’s overjoyed when Marlon asks him to do the honours.

Following Marlon’s stroke, Paddy was initially unable to visit his friend because seeing Marlon in such a fragile state upset him too much. After some persuasion by Rhona, Paddy eventually went to the hospital and after a hesitant start he apologised to his friend for not being there for him in the early days of his recovery.

Before long their friendship was back to how it always had been, with Paddy telling Marlon how much he meant to him. Marlon could hardly speak at that point because of the stroke, but he placed his hand over his heart to show how much his friend meant to him.

As Marlon’s recovery has continued at home, Paddy has been there to help Rhona and Mary (Louise Jameson) with practical things and to be a friend to Marlon. It was Paddy who convinced his friend that Rhona’s most recent marriage proposal wasn’t done out of pity but out of genuine love.

And, as Marlon prepares for his wedding, who else but Paddy would he have by his side on the big day?