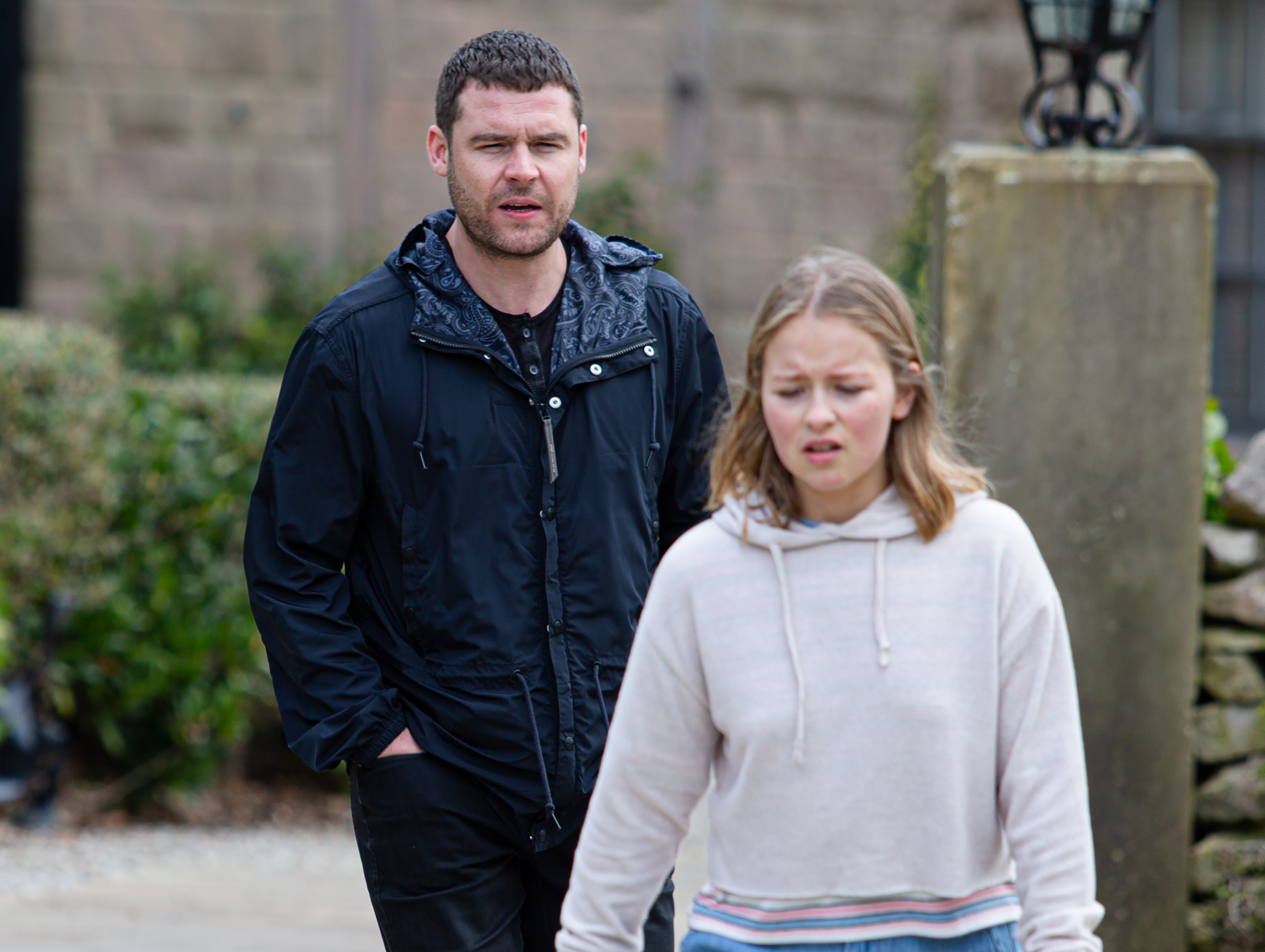 Aaron Dingle’s (Danny Miller) concern for Liv Flaherty (Isobel Steele) is growing in Emmerdale. As guilt continues to eat away at Liv following the barn explosion, she’s turned to alcohol to try and cope with how she’s feeling.

It’s a long and difficult road ahead for Liv and things are set to get worse soon when Aaron is forced to save her from a sexual assault.

Full of guilt, Liv can’t stop drinking. Aaron pleads with her to reach out to Vinny (Bradley Johnson) and tell him the truth, but she won’t.

Later, with no booze in the house, Liv tries the pub where she hooks up with a sleazy stranger called Max and decides to take him back home to Mill.

She tells Aaron to leave and is left alone drunk and in utter despair.

Aaron spends a sleepless night at Chas (Lucy Pargeter) and Paddy’s (Dominic Brunt) and is planning on giving Liv some space until Paddy urges him to never give up on her.

Aaron saved Liv from Max, but with her heading on a downward spiral, will he listen to Paddy and stick by her?

Or will Liv face this dark battle on her own?