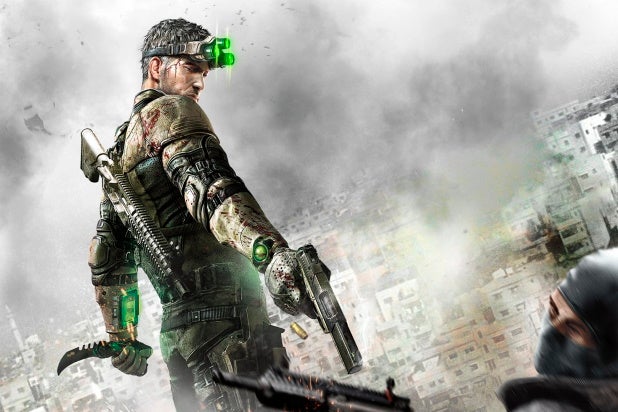 An adult anime series adaptation of Ubisoft’s hit video game franchise “Splinter Cell” is in the works at Netflix, according to an individual with knowledge of the project.

“John Wick” writer Derek Kolstad will serve as the writer and executive producer on the series. Netflix has given the series a two-season, 16 episode order.

“Patriot Games” novelist Tom Clancy developed the popular “Splinter Cell” franchise, a stealth action game which centers on black ops operative Sam Fisher, a former U.S. Navy SEAL who is recruited by the NSA to work for the mysterious Third Echelon division as he conducts covert operations across the globe. The first game in the series was released to critical acclaim, massive sales, and six sequels to the game soon followed.  Overall, the “Splinter Cell” franchise has sold more than 27 million games worldwide.

Kolstad is also part of the writing team on the upcoming “Falcon & Winter Soldier” limited series for Marvel Studios, he also sold his pitch for the action movie “Booker” in a heated bidding war to Sony, and is also writing video game adaptation “Just Cause” for Constantin. Kolstad’s most recent film, “John Wick: Chapter 3 – Parabellum” has grossed a franchise-best $311 million worldwide.

Kolstad is by APA, Circle Confusion, and the law firm of Behr, Abramson, Levy.