FRIDAY AM UPDATE: Sony/Marvel’s Spider-Man: No Way Home ends the week with $385.8M, the third-best opening week at the domestic box office of all time after Avengers: Endgame ($473.9M) and Star Wars: The Force Awakens ($390.8M). Sony reports that the film on Saturday will become the first $1 billion-grossing movie of the pandemic at the global box office.

Spidey is pacing 1% behind the running domestic total of Force Awakens, however, it remains to be seen whether the Jon Watts-directed MCU title can keep up with the Lucasfilm sequel, that movie hitting $571.4M on its 11th day of release (Monday). Still, should No Way Home fall short of that figure, it’s like complaining about how far Mike Trout hit two home runs.

Due to Christmas Eve and theaters going quiet for the evening as many celebrate or head to church, expect ticket sales to be down. On average for the Star Wars movies that played at Christmas (Force Awakens, Last Jedi, Rise of Skywalker and Rogue One) they saw an average daily box office drop on Christmas Eve of -33%. Force Awakens made the most on Christmas Eve with $27.3M, followed by Rise of Skywalker with $20.2M, Last Jedi with $17.6M and then Rogue One with $15.3M. Force Awakens holds the Christmas day record for the most made by any film with $49.3M domestic. For the rest of the year, Comscore reports 100% of schools and colleges on holiday break. 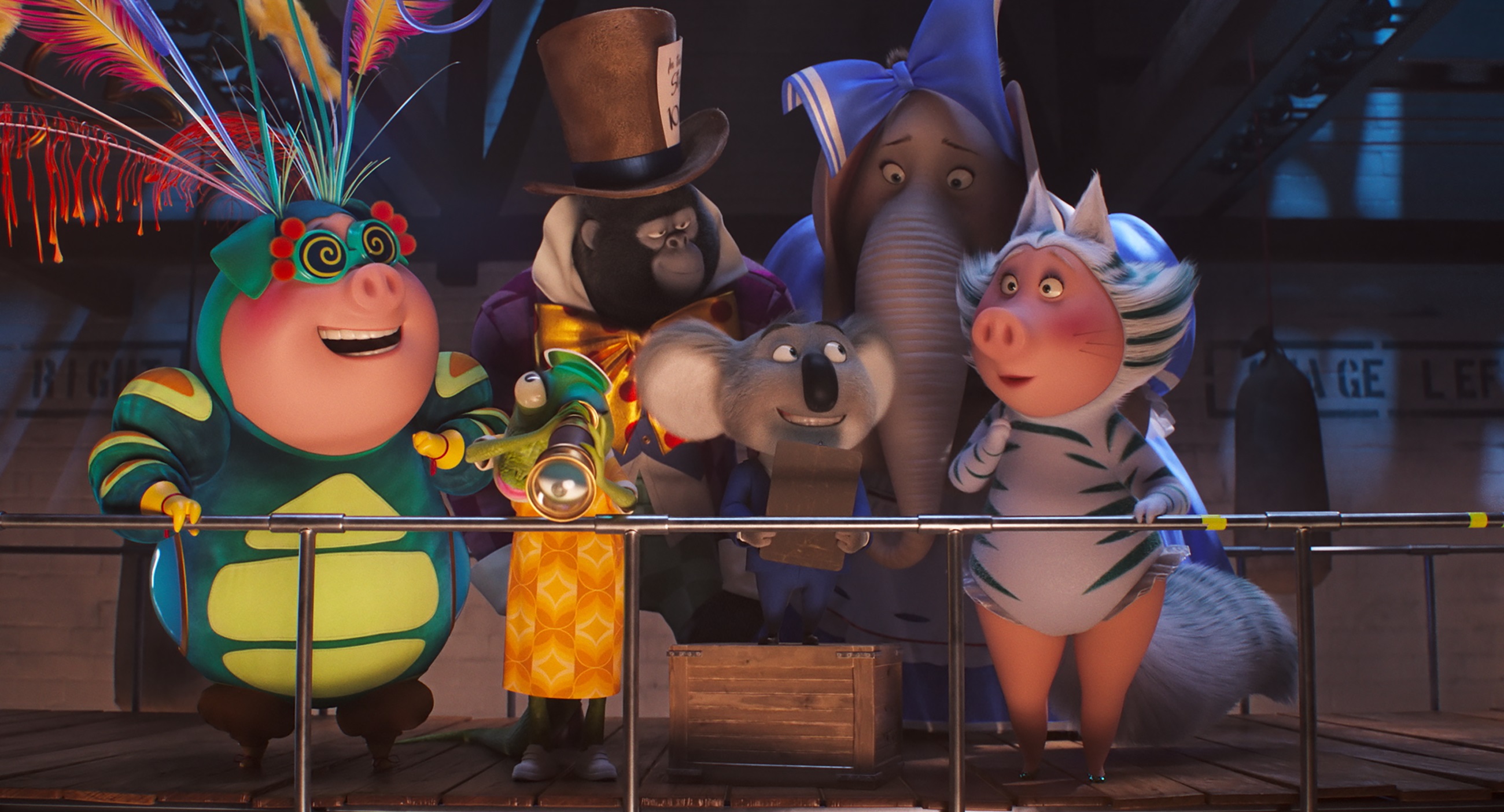 In second for Thursday was Illumination/Universal’s Sing 2 which took in $7.5M at 3,892 venues, an 8% dip, for a two day gross of $15.4M, which is 25% behind the two days of Sing. Those Black Friday weekend previews amounted to $1.6M and puts the running total for Sing 2 at $17.2M. The outlook for the sequel is great with at least $40M-$42M for five days. Great Comscore/Screen Engine PostTrack exits here for the Garth Jennings directed and written sequel in addition to its A+ CinemaScore with 91% positive and a 78% recommend from the general crowds and kids under 12 giving it a 92% positive and 67% recommend. The animated sequel leaned 66% women with 33% under 17, a draw which will climb throughout the holidays and a diversity pull of 39% Caucasian, 32% Hispanic and Latino, 16% Black and 13% Asian/other. Sing 2 is doing very well in the Mid-West and Southern part of the U.S.

Warner Bros/Village Roadshow’s Matrix Resurrections ranked third with $4.1M on Thursday, -36% from Wednesday for a two-day take of $10.5M. Currently the Lana Wachowski-directed sequel is pacing 44% ahead of Christmas 2016’s sci-fi movie Passengers which made $7.3M in two days; that movie resulting in a $14.8M 3-day, $22.1M 5-day. On top of that B- CinemaScore, PostTrack early audience exits for Matrix Resurrections aren’t good with 60% positive, a 46% recommend, not to mention that HBO Max availability doesn’t help ticket sales. Those who showed up were men at 66% with 57% between 25-54 and a diversity make-up of 39% Caucasian, 22% Hispanic and Latino, 19% Black and 20% Asian/other. West and the Southwest are showing the best ticket sales for the sequel/reboot with close to a third of the movie’s business coming from Imax and PLF screens. 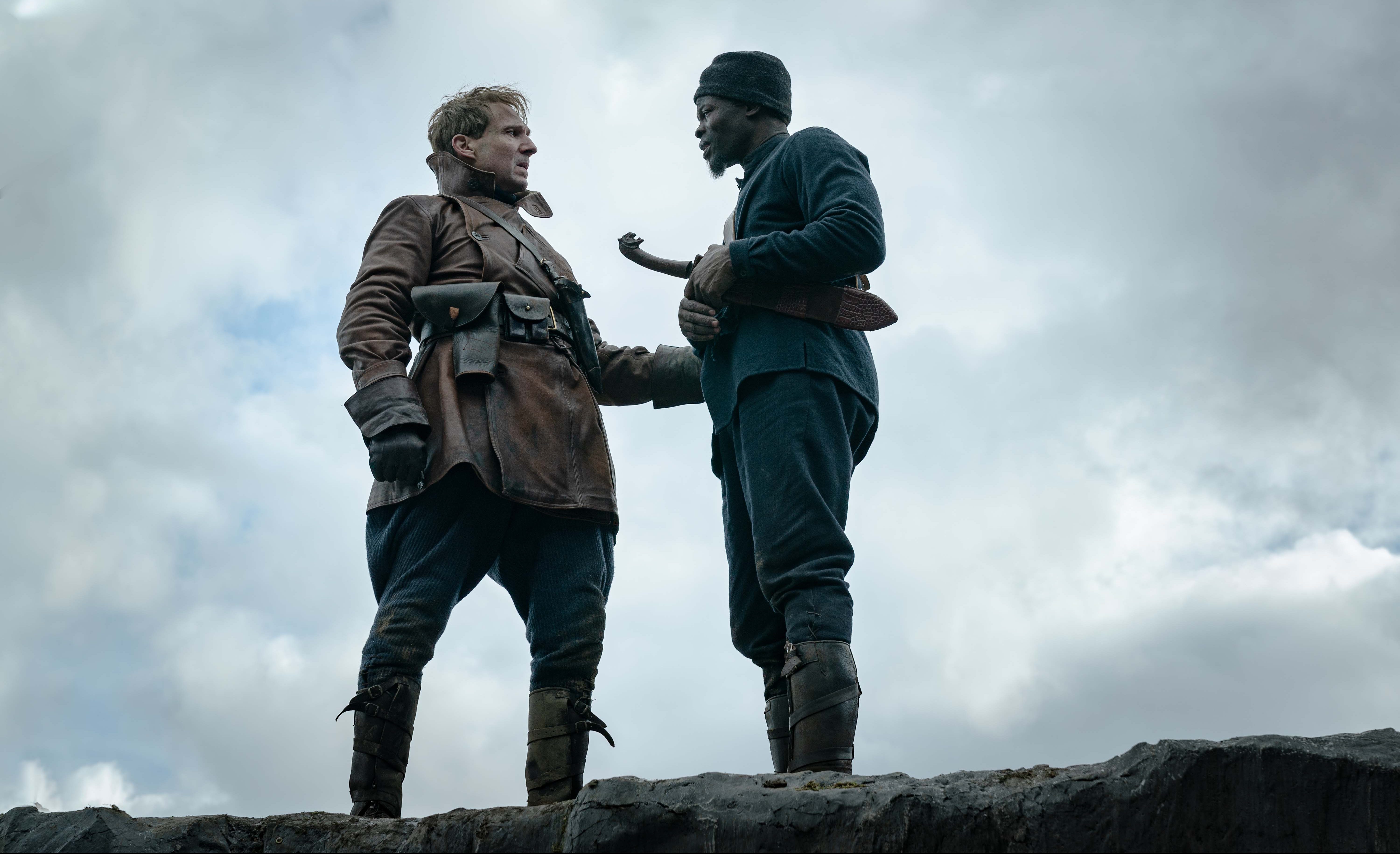 20th Century Studios/Disney’s The King’s Man is the least of the new wide holiday releases with an estimated $1.3M on Thursday, ranking 4th, -41% from Wednesday for a two-day gross of $3.6M. We’ll update with Disney’s official AM estimate when that comes in. Most of the movie’s business is coming from the West and the South, with PostTrak exits that are better than Matrix Resurrections at 77% positive, 60% recommend. Men are buying tickets at 66% with just over half the pic’s business from the 18-34 demographic and 43% over 45 years old. Caucasians repped 47% of the B.O., followed by 25% Hispanic and Latino, 10% Black and 18% Asian/other. Through five days, this prequel may not even make it to double digits. Eek.

Several Awards Hopefuls Open Amid Omicron Panic: “We Might Get Dinged”