Breaking News
Shane Richie’s son addresses calling his I’m A Celeb co-star AJ Pritchard a ‘little b***h’
Go Behind the Scenes of 'The Last Waltz'
Bake Off shares poignant tribute to former contestant Luis Troyano after he passed away from oesophageal cancer at 48
‘The Christmas Chronicles: Part Two’ Review: Meet the Clauses
Skip to content

After receiving backlash for trying to apologize for a racially charged exchange with a local radio host, Kathryn Dennis from Southern Charm tried another approach and declared she’s no longer a Republican. 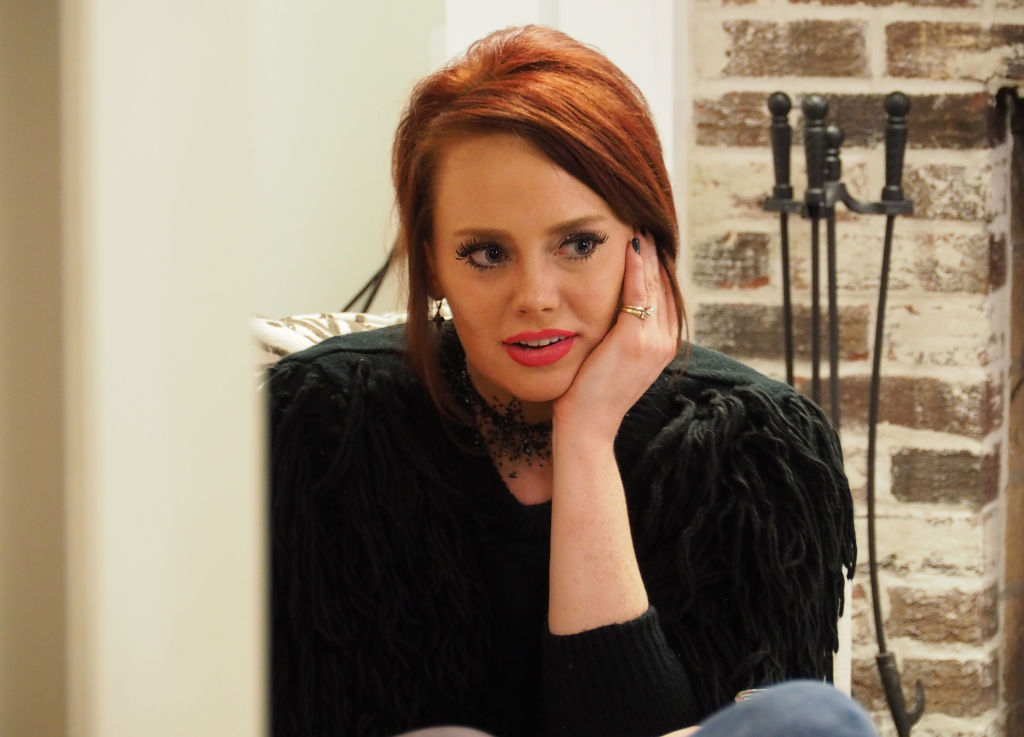 President Barack Obama was scheduled to speak about the violence in America and Dennis launched a few tweets in support of the appearance. The tweets received blowback as several fans suggested she was only supporting Obama’s remarks as a publicity stunt. Some of her fans, who are President Donald Trump supporters didn’t like her tweets either.

But Dennis doubled down insisting she is no longer a Republican and hasn’t supported the GOP since 2012. Fans pointed out a 2016 tweet indicated otherwise.

Fans think her tweets are only for damage control

Dennis tweeted, “It’s great to hear from a real President. Thanks, Obama.” Responses were mixed ranging between Trump supporters who didn’t like the tweet to those who thought she was playing them. “i’m confused. weren’t you part of the trump boat parade? just asking.” one person responded.

Another added, “I think she’s doing damage control from her dm’s where she sent a monkey emoji to a black woman.” Others wrote, “Your damage control is so transparent.” And “It’s amazing how you’ve done a 180 in such a short amount of time…..”

But Dennis added another tweet in support of Obama. “I’ve been looking more forward to hearing @BarackObama speak than I have been to hearing anything Trump has had to say for the last month. The @GOP is losing its base.”

Her next tweet was also met with opinions but also people blasting her for trying to leverage the situation for personal gain. “Dont you dare try to use this movement to make yourself relevant again. I really liked you because I identified with your struggle. You have fallen back into old patterns of terrible choices. It makes me wonder…,” one person wrote.

Dennis then tweeted, “Haven’t been part of the @Gop since 2012. Thankfully. Hearing Obama talk was so encouraging!!” That’s when fans felt the need to remind Dennis she publicly supported Trump in 2016. She tweeted, “I’m all for women however, I’m all the way for #Trump #PresidentialDebate #2016.”

A person shared the 2016 tweet and wrote, “That’s interesting when you previously had this to say.” Another said her management team must be telling her to tweet support for Obama. “Someone’s taking advice from their management team….pandering isn’t flattering.”

Southern Charm alum Thomas Ravenel hasn’t been shy about declaring his support for Trump. But Shep Rose has been extremely vocal about his disdain for Trump and his policies. He’s taken both humorous and serious jabs at Trump on Twitter. “The real question is: Where does trump tan in these uncertain times ?” Rose recently tweeted. And “Trump has done wonders for the Nixon family. They can hold their head high now.”

Both Rose and Naomie Olindo attended the Democrat debates in February. Rose was fascinated with the process, sharing a number of photos and videos on his Instagram story.

Kathryn comes into her own on the #SouthernCharm Season 2 Marathon TOMORROW AM!

However, Olindo admitted she was nervous about sharing anything about the event for the fear of blowback. “Surreal experience watching last night’s #demdebate in real life,” she wrote. “I was nervous to post this because some people are w i l d and already sending me mean DMs about what they think my political inclinations are but let the record show I’m sharing this because it was a cool experience, not because I affiliate with any particular party OKAY.”