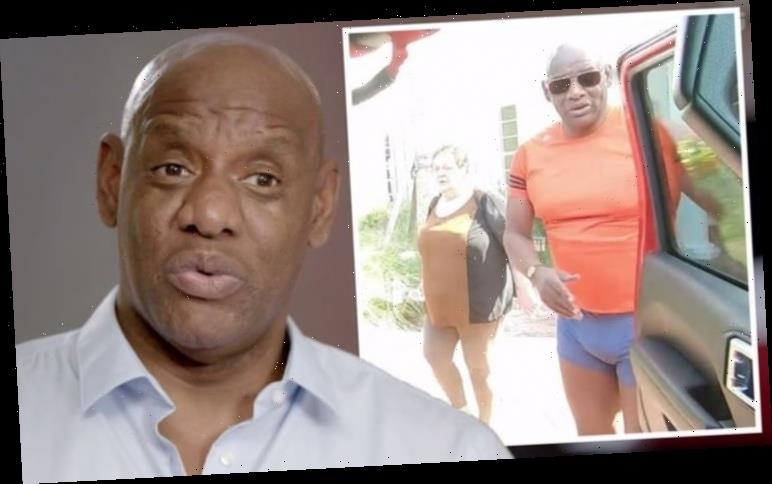 The Chasers Road Trip: Shaun works out on the beach

The Chase fans got an extra dose of three of the show’s six Chasers this evening as new series titled The Chasers’ Roadtrip kicked off on ITV. Anne, Mark and Shaun thrilled those watching as they took on a series of challenges to try and prove their intelligence. But at one point, many of those watching at home couldn’t help but comment on Shaun’s very tight shorts, admitting they left “nothing to the imagination.”

The trio is known for their ability to outsmart budding quizzers on the weekday ITV quiz show.

But tonight, Shaun, Mark and Anne were back for a different sort of outing.

The first edition fo spin-off show has seen them begin their road trip across America.

The Chasers are on a mission to test their brains and see whether intelligence can be developed, or whether it is innate. 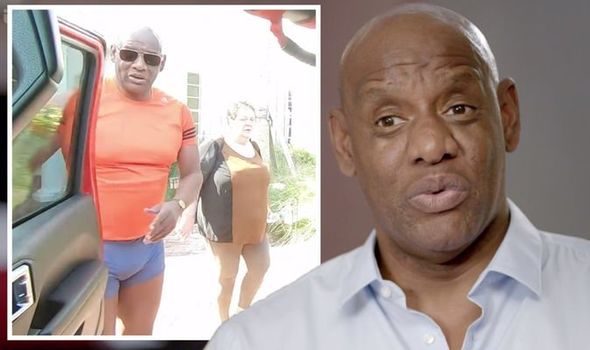 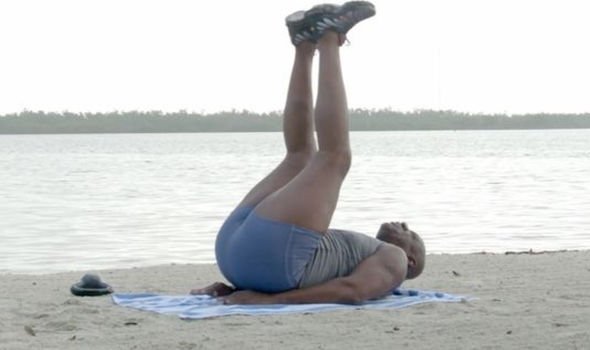 However, with many fans of the regular tuning in to get another fix of their favourite tea-time quizzers, they were left very distracted by Shaun’s attire.

Later on in the programme, he could be seen sporting some very tight shorts, which didn’t go amiss by those watching.

Taking to Twitter, one shared: “Missed the past ten mins Oh Shaun. What the f**k are you wearing. Budgie smugglers or what  #TheChasersRoadTrip.”

“Enjoying the programme but what the fuck are them shorts about Shaun??? #TheChasersRoadTrip,” quizzed another. 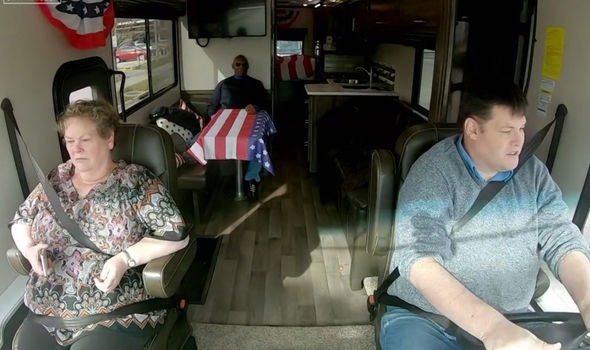 “Loving #TheChasersRoadTrip but have to say, Shaun’s shorts left nothing to the imagination,” said a third.

A fourth joked: “Holy moly the ITV announcer didn’t give us a warning about naked Shaun and his tight short shorts. This lady has been in lockdown alone and cannot take the excitement #TheChasersRoadTrip #thechase,”

“Shaun isn’t shy, is he? Like those shorts, @ITV #TheChasersRoadTrip,” added another.

It came after Shaun had revealed the reason why he starts each day with 2,000 press-ups.

The 60-year-old explained it was to try and keep himself physically and mentally fit after the conditions both of his parents have suffered from.

He told the cameras of his reasoning: “My wonderful mum suffers from dementia.

“My dad sadly died from motor neurone disease (MND) and it really saddened me to see them physically degenerate.”

“Whilst I know I can’t delay the inevitable I know I can postpone it by keeping myself physically and mentally sharp,” added Shaun.

Earlier on, the Chasers met Kanzi, a Bonobo ape and had to try and beat her efforts on a lexigram.

But the smart animal beat all three Chasers and later on, they had the chance to meet orangutangs – as well as swim with dolphins.

Prior to attending the zoo, Shaun admitted he felt “uncomfortable” with the idea.

After recalling visits to zoos he’d made when he was young, he shared: “I feel uncomfortable going to the zoo… I was always aware they weren’t in their natural habitat.”