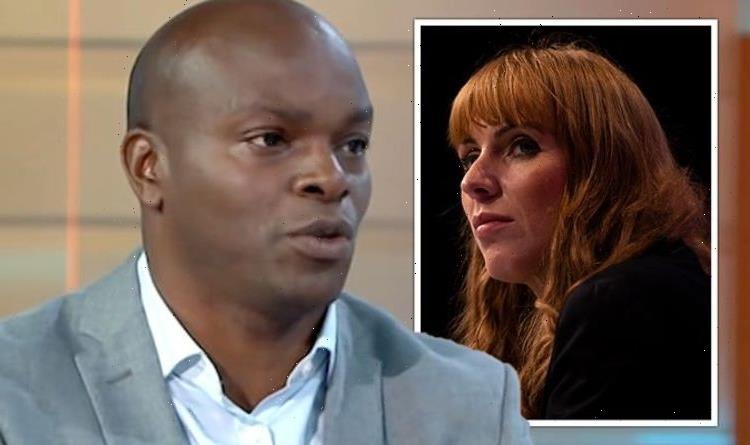 Politician Shaun Bailey was welcomed onto Good Morning Britain on Monday morning to debate Angela Rayner’s recent use of the word “scum”. During the debate, led by ITV presenters Alastair Campbell and Susanna Reid, Bailey blasted Labour’s deputy leader for lashing out at the Government.

Rayner was reported to have called Tory ministers “a bunch of scum” at a Labour conference event.

As a result, on Monday’s instalment of Good Morning Britain, they debated whether or not the politician was right to use the language she did.

Bailey hit out at Rayner saying: “This isn’t about Boris Johnson, this is about Angela Rayner and she didn’t call Boris Johnson scum, she called Tories scum.

“There are millions of people in the country who would consider themselves Tories,” he added.