Sharon Osbourne, 67, joined The One Show hosts Alex Jones, 43, and Angellica Bell, 44, on tonight’s programme, speaking from her home in Los Angeles where she is in quarantine with her family. The television personality appeared alongside her daughter Kelly Osbourne, 35, with the mother and daughter going on to discuss how they’ve been coping with the coronavirus crisis. However, BBC viewers were shocked as they noticed the former X Factor judge was sporting a very different look and couldn’t help but find themselves distracted from what she was saying.

Over the years as a star of the hit ITV singing competition, fans got used to Sharon’s iconic red hair colour, albeit it in its various alterations.

This year, however, it was all change as the mother-of-three revealed to the world she had embraced a new, grey coloured hairstyle.

The news made headlines around the world at the time coronavirus was just capturing the worlds attention, so it might have slipped through the net.

Keeping up with her drastic new look during the lockdown, the television personality gave it its debut on British screens and it’s fair to say viewers voiced their options after becoming distracted. 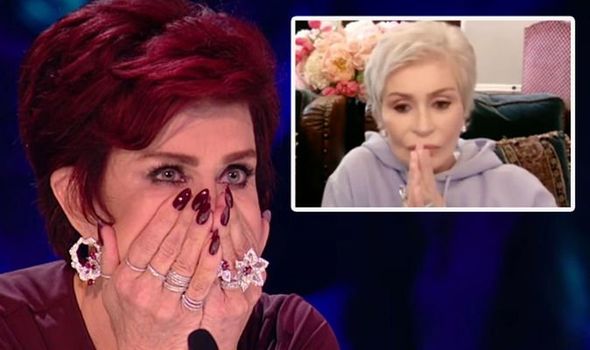 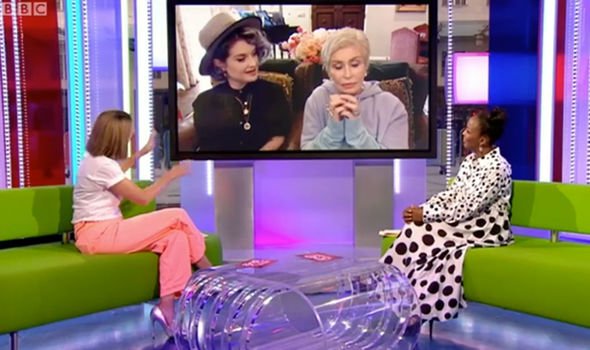 Kelly has stuck with her infamous purple hair and sat next to Sharon, her mother’s cropped, grey style replay stood out.

Although the hosts didn’t comment on her new look, viewers took to social media where they voiced their joy at the former X Factor star’s drastic change.

One posted on Twitter: “@MrsSOsbourne I love love love your hair. You also look like a young Dolly Parton.”

Another added: “@MrsSOsbourne My god Sharon. You look fantastic. Love the short blonde hair. You look the same age as kelly. She’s looking lovely too!” 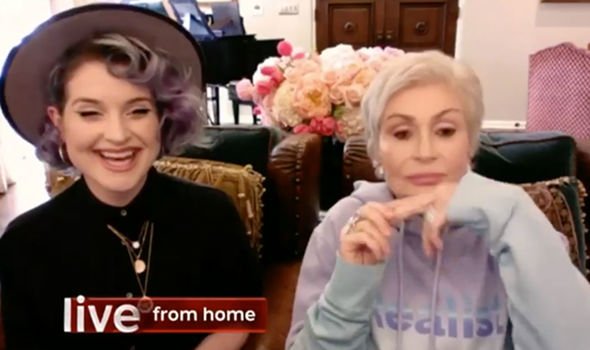 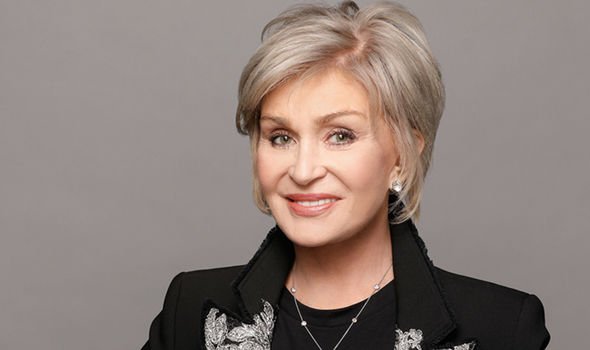 The One Show viewer

Whilst a third commented: “@MrsSOsbourne looked AMAZING on @BBCTheOneShow love the new look!” to which a fourth shared: “Wow. @MrsSOsbourne. Hair is fantastic.”

However, some were left a little confused as they thought Sharon’s new hairstyle made her look younger than her daughter.

Celebrity colourist Jack Martin carried out the transformation from the deep red coloured hair to giving the mother-of-three a brand new look.

Taking to his Instagram back in February to share the news, Jack wrote: “Sharon has 100 percent white hair and she was colouring her hair once a week dark vibrant red for the past 18 years.

“She explained to me that she wanted to do this transformation a long time ago but every time she attempts it ends up with a disaster.”

The process took eight hours for the colourist to take away the deep red and replace with a platinum colour resembling grey.

“I had a great time spending my day off with this gorgeous, humble, and sweet soul,” he added, captioning a side-by-side image of the before and after shots.

As well as joining in with some of the fun and games to keep those watching at home entertained, the mother and daughter also discussed living together again.

Alex asked the pair: “How’s it been over the past few weeks being stuck in the house? It must be absolute chaos.”

The former X Factor judge’s daughter continued: “I’ve really enjoyed being home again ad being with my family and spending this time together because we haven’t done this in years.”

Her mother replied: “This has been the longest we’ve spent together since before Kelly left home and that’s been years.”

The One Show airs weeknights at 7pm on BBC One.