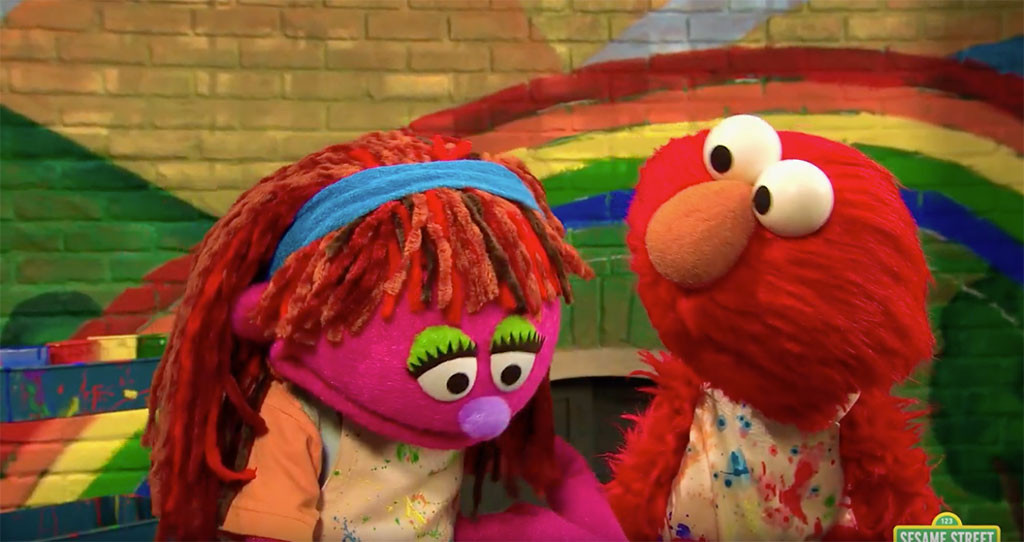 Sesame Street is tackling yet another important issue with the help of one of their Muppets.

Through recent Sesame Street in Communities videos shared online, Sesame Street introduced a new storyline for Muppet Lily, who first joined the show nearly a decade ago. “I miss our apartment and now we don’t have our own place to live,” she says in one video as the rest of her schoolmates leave. “And sometimes I wonder if we’ll ever have our own home again.” As she tells her friend Elmo and Sofia in a separate clip, her family no longer has an apartment and she misses her bedroom as they stay in different places.

After connecting “the dots of love” in one segment, Lily learns to think of home as where the love is. “Just remember all of the love that made this heart is the love that lives in [your] heart,” Sofia tells her. “Whenever youre feeling worried or scared about home just think home is where the love lives.”

According to Sherrie Westin, president of global impact and philanthropy for Sesame Workshop, Lily is their first character to face homelessness.

“Lily is the first Muppet we’ve created whose storyline includes that she is experiencing homelessness,” she confirmed to CNN. “When Lily was first launched, she came out as part of the food insecurity initiative. So she’s not brand new, but this seemed like a really perfect extension of her story, so that we could use her to help children identify with.”

Westin continued, “With any of our initiatives, our hope is that we’re not only reaching the children who can identify with that Muppet but that we’re also helping others to have greater empathy and understanding of the issue.”

Instead of playing out on TV, Lily’s story will be featured in online videos. “The goal is really to give service providers, parents, teachers tools in order to address homelessness with children, in order to talk about it and raise awareness of the issue from a child’s perspective and also to help children experiencing homelessness feel less alone,” Westin said.