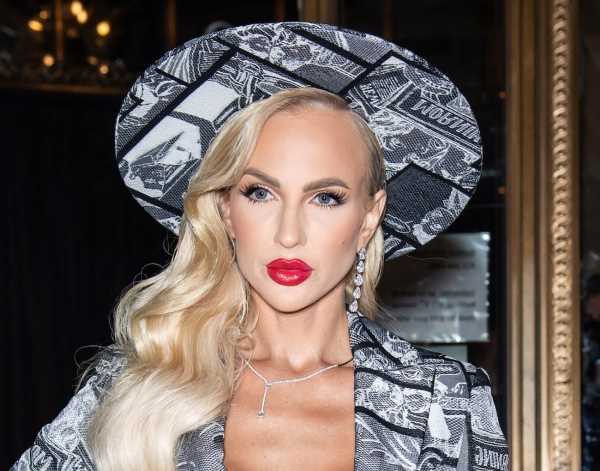 Selling Sunset star Christine Quinn is all many fans can talk about right now. But it’s not because of the Netflix series. A YouTube video of Quinn singing started circulating when Amanda Hirsch’s Instagram account NotSkinnyButNotFat shared a clip to her Instagram Stories. Many Selling Sunset fans might not know that the video was Quinn’s audition for a hit ABC series. Here’s what we know.

Quinn became a breakout star after Selling Sunset Season 1 aired. Dubbed the “villain” of the Oppenheim Group, Quinn said she was playing up a character. “As I was watching season 1, there were a lot of surprises,” Quinn told Nylon in May 2020. “I went into the first season thinking the show was about real estate, but now I realize it wasn’t. It’s about how you can entertain people.”

When season 2 came around, Quinn worried less about real estate and more about being herself, dressing fabulously, and being funny. “That’s all people are going to remember, and it’s just so much better.”

But in Selling Sunset Season 4, the drama hones in on Quinn once again. She and newcomer to the Selling Sunset cast Emma Hernan share an ex-boyfriend — a story with several versions and plenty of animosities. And while there’s plenty to unpack in the new season of the Netflix real-estate series, many fans are talking about Quinn singing in what we now know was an audition.

Christine Quinn’s 2013 YouTube video was an audition for ‘Nashville’

Quinn, also known as Christine Bently, and a friend Lindsey Jan, star in a YouTube video from Dec. 7, 2013. In the video, the women sit in a Los Angeles residence on a couch performing a mashup of OneRepublic’s “Counting Stars” and Maroon 5’s “She Will Be Loved.”

“Wait I’m obsessed with old Christine Quinn,” said Hirsch in her post. “I actually [really] like this. I mean I can’t f****** sing like that. Girl is talented.”

In an interview with The Cut, Quinn said the video was an audition for the series Nashville. “I’m a really, really fantastic singer, and that’s something that no one really knows about me,” the Oppenheim Group realtor explained. “If it were up to me, I would be like Lady Gaga and just do it all!”

Bentley/Quinn was not cast in the Connie Britton-led series, but she does have acting credits in several other projects. “I moved to Los Angeles around seven years ago for acting and modeling actually,” she explained to Nylon. “I got really lucky, the first job I ever did I was SAG and I had a billboard on Sunset [Boulevard] for this silly movie that I did that was actually pretty big.”

According to her IMDb page, Quinn will appear in Bound, a drama thriller from Guillermo Iván. The film is currently in post-production.

Watch Quinn in season 4 of Selling Sunset on Netflix. Season 5 has wrapped and is expected sometime in 2022.