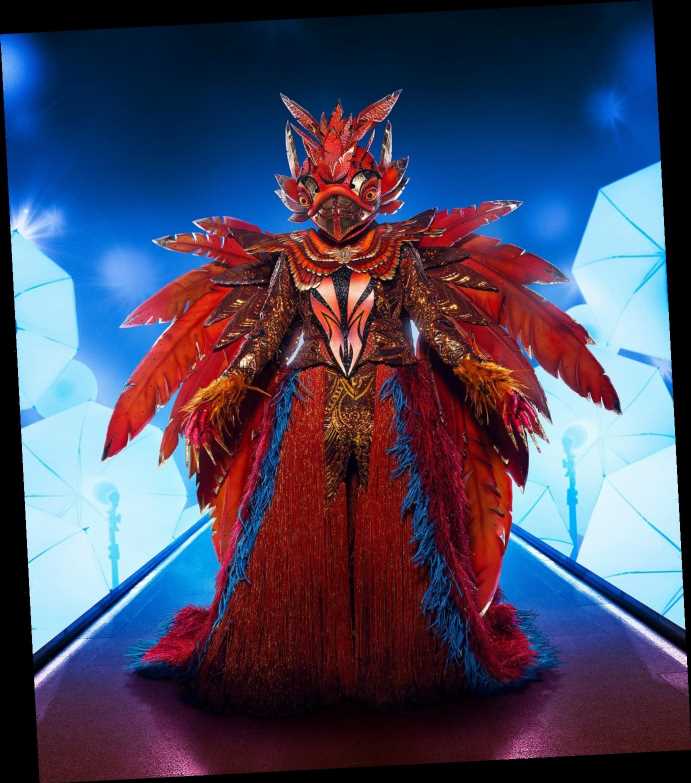 This disguised celebrity hopes to rise from the ashes and win the Golden Mask trophy. They won’t only have to beat out nine other undercover stars, but also wildcard contestants who come in at the end of the episode and compete for a chance to take someone’s spot. In a season 5 teaser, this character shows off their ability to multiply. But only one star can take home the Golden Mask trophy! Judge Robin Thicke suspects this large rodent will “stump a lot of people,” he says in a season 5 first look. Though this character won’t compete, they’ll make regular appearances to present clues. Their celebrity identity will, however, eventually be revealed. Slow and steady might be the way to win it all for this shelled gastropod. “If you listen close enough to her shell, you can hear Ken [Jeong]’s snort,” Thicke teases in another preview of season 5. Stand-in host Niecy Nash, who temporarily replaced Nick Cannon after he tested positive for COVID-19 when filming started, calls this bird “the most celebrated black swan since Natalie Portman.”