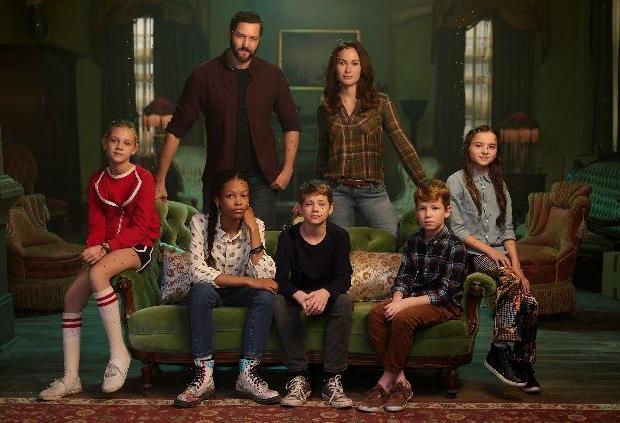 Questions about Secrets of Sulphur Springs‘ Griffin, Harper and Savannah possibly being stuck in the 1930s — as well as the identity of old rocking chair man — are poised to be answered now that the Disney Channel has renewed the sci-fi tween drama for Season 2.

The time-traveling series, which premiered in January and quickly garnered comparisons to Netflix’s Stranger Things, will commence production on its sophomore run June, the network says.

In case you haven’t checked it out, Secrets of Sulphur Springs follows friends Griffin (Preston Oliver) and Harper (Kyliegh Curran) as they tap into the power and wonders of a portal they’ve discovered that allows them to travel back in time. During their jaunts to the past, the pair solve mysteries and uncover clues about New Orleans and the Tremont Hotel that Griffin’s family purchased and lives in while they refurbish it.

In Season 1, Griffin and Harper found and befriended Savannah (Swamp Thing‘s Elle Graham), a girl who had disappeared decades prior. And in Season 2, the series will dive deeper into Harper’s family history and their connection to the Tremont. But solving mysteries can come at a cost, and what starts out as a fact-finding mission will soon turn into an eye-opening adventure that threatens to tear apart Harper and Griffin’s friendship.

Although Timeless and other fantasy dramas have tackled the bigotry that Black and brown time travelers would experience, this is a heavy topic for a mystery series aimed at girls ages 6 to 11. But Sulphur Springs (which according to Disney Channel is the No. 1 cable offering among girls in that demo) deftly addressed the topic in Episode 10, titled “No Time Like the Present.” In it, Griffin and Harper traveled to the 1960s to find Savannah, but Harper isn’t allowed to enter the Tremont because she’s Black and Jim Crow laws are in full effect. 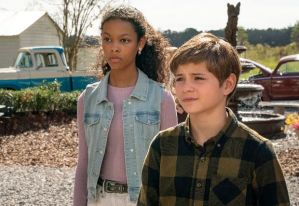 Creator Tracey Thomson said she chose not to shy away from the subject because she wanted Secrets of Sulphur Springs fans to be entertained and informed.

“Since the beginning, Griffin and Harper have been on the same adventure — sharing the wonder, confusion and excitement of time travel,” Thomson recently told TVLine. “Sending them to 1962 allowed us to explore the realities of the era through two completely different perspectives. While Griffin is blindsided by the overt discrimination, Harper is bracing for it from the moment they go back in time. This shift in their dynamic carries through to the present.”

Season 1 of Secrets of Sulphur Springs is currently streaming on Disney+ and available on DisneyNow.