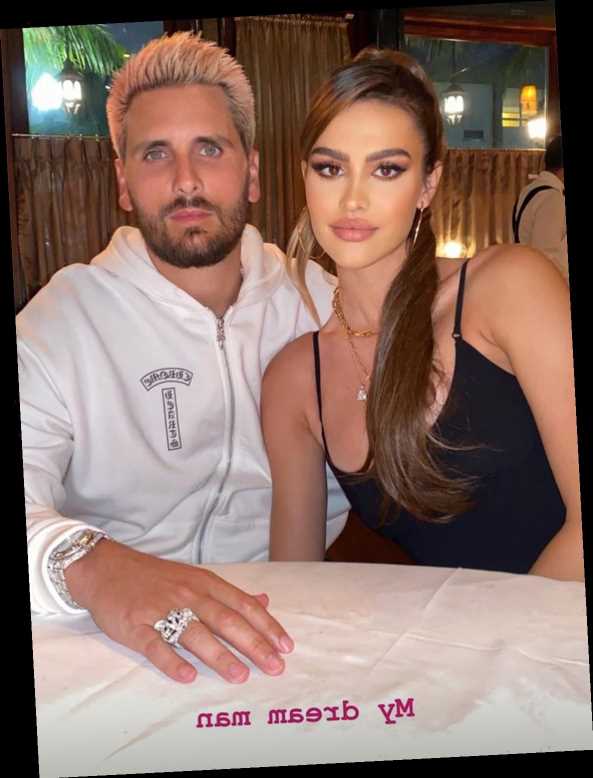 Scott Disick and Amelia Hamlin's relationship is heating up.

The 37-year-old Keeping Up with the Kardashians star "is getting serious" with the 19-year-old model, a source tells PEOPLE.

"He's been telling friends how much she means to him and how into her he is," says the source.

As for their 18-year age gap? The source says the couple doesn't "feel" the decades between them.

"She grew up in the industry and knows how all this works," the source adds about Hamlin — the youngest daughter of actor Harry Hamlin and Real Housewives of Beverly Hills star Lisa Rinna, who themselves share a 12-year age gap. "It's a different type of maturity, and they really don't feel the age difference."

"They've been inseparable and have been going back and forth between Miami and L.A.," according to the source.

The pair have been spotted together several times since October, when they walked arm-in-arm on the beach in Santa Barbara and were also seen leaving Kendall Jenner's controversial Halloween party together. Two months later, they toured several spectacular homes listed for sale in Los Angeles.

In February, the duo made their relationship Instagram official in honor of Valentine's Day.

Disick shared a photo of the two at dinner, captioning the shot, "Why so serious." In a second snap, which he captioned "Just kiddin," the couple laughed at the camera as Disick rested his arm on Hamlin's chair. Most recently, Hamlin gushed about her reality star boyfriend when she posted two photos of them on her Instagram Story on Feb. 28.

"My dream man," she captioned a shot of the two sitting at a table together. In another, Hamlin gave Disick an adoring look as he wrapped his arm around her waist.