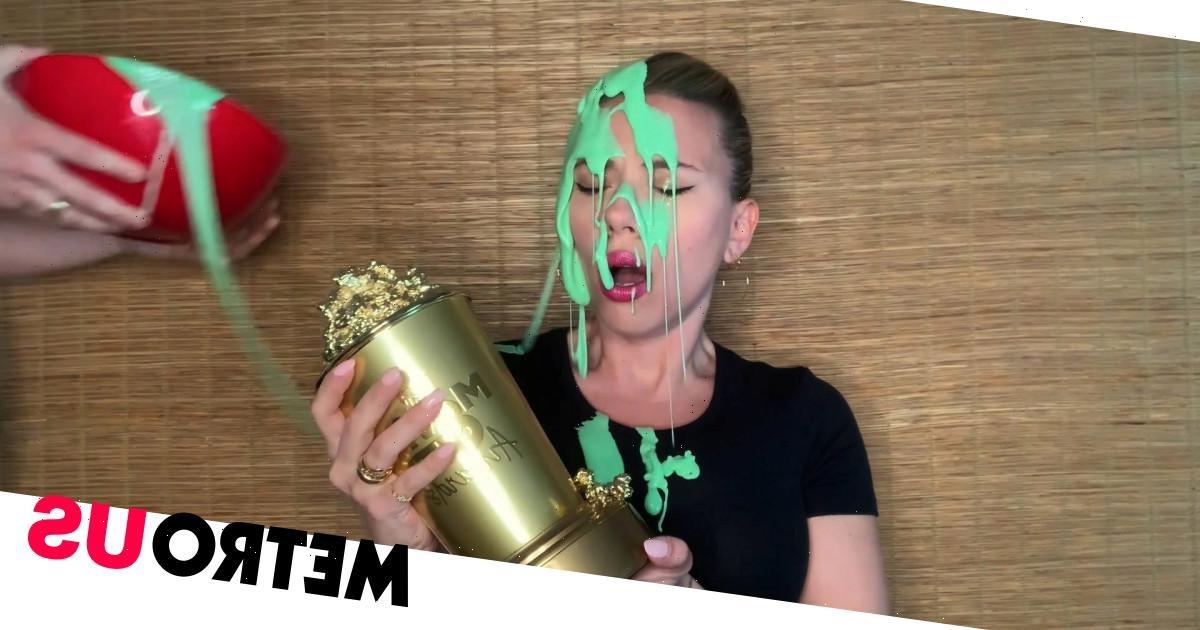 Scarlett Johansson and Colin Jost shared a rare collaboration on Sunday night as they appeared at the MTV Movie & TV Awards – shame it was so the Saturday Night Live star could slime his wife.

And, safe to say, Colin will be sleeping on the couch for the forseeable.

The Black Widow actress was on hand to accept her generation award, via Zoom (because that app is not done with us yet, clearly) overnight, having been praised for her roles in the Marvel film as well as recent releases Marriage Story and Jojo Rabbit.

In recognition of her glittering career, Scarlett thanked her co-stars from over the years and ‘many hundreds of creative people around the world’, before turning her attention to her loyal fans.

She said: ‘This award is made possible by all of you, in fact. And it’s because of that that it’s so meaningful to me.’

It was at this stage a very confused Weekend Update star Colin appeared by Scarlett’s side with a bowl of slime fresh for the pouring, as he tipped it over his partner’s head. 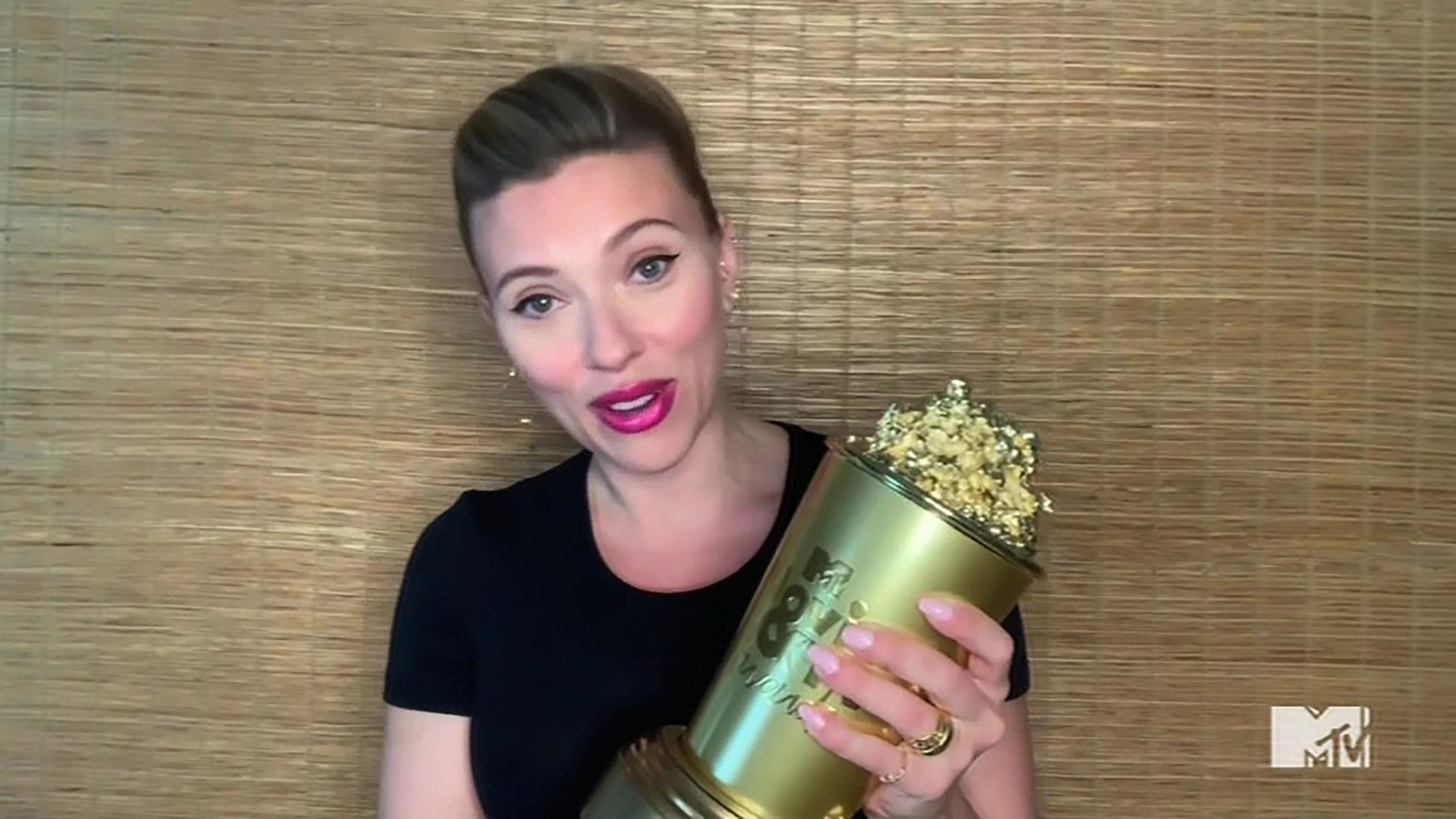 Only thing is, the whole slime thing is done at the Nickelodeon awards and not the MTV awards.

Scarlett, wearing a plain black T-shirt, but with her hair and make-up perfectly done, was less than thrilled as she screamed: ‘What the f**k!’

It then emerged poor Colin had mixed up his award shows, as he said: ‘MTV…you get slimed!’

‘That’s Nickelodeon!’ Scarlett screamed, as it dawned on Colin what he’d done.

The Avengers star – who tied the knot with Colin last year – added: ‘Where did you even get this,’ as her husband casually quipped, ‘Amazon.’

During the ceremony, ScarJo also shared a teaser for Marvel superhero movie Black Widow, which is set to arrive in July after multiple pandemic-enforced delays.