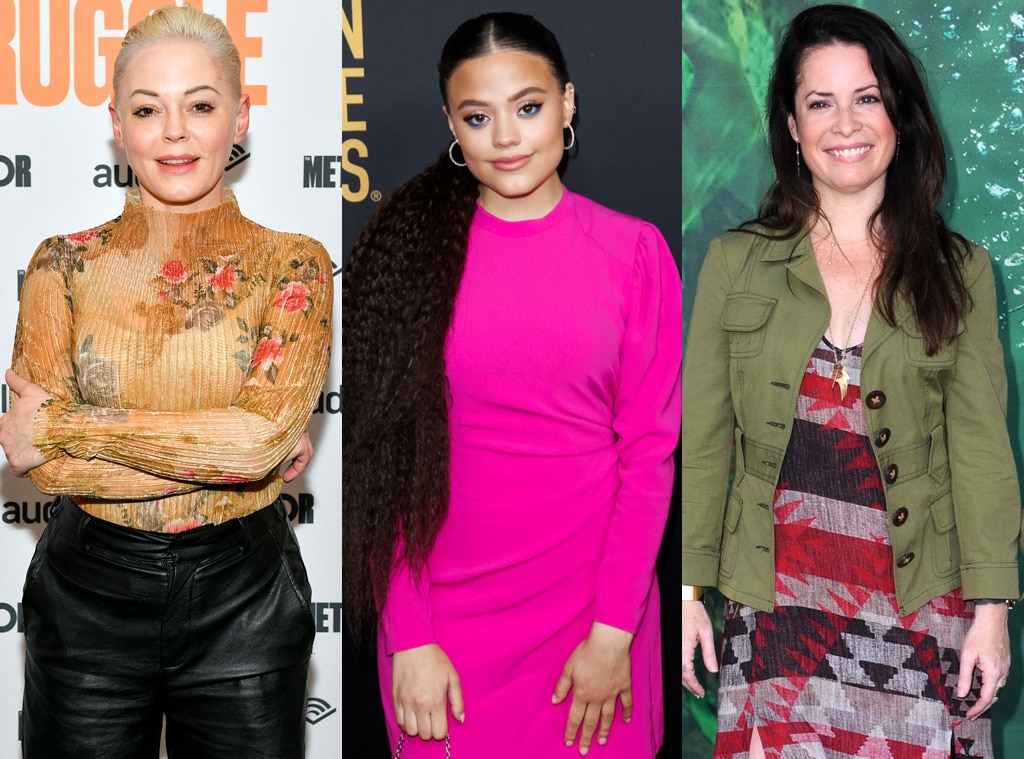 Rose McGowan and Holly Marie Combs could learn a lesson or two from their Charmed successor, Sarah Jeffery.

Sarah spoke out on Twitter after seeing the actresses, who originally starred in Charmed from 1998 to 2006, criticize The CW reboot on numerous occasions. She told her fans, "You know, I saw this earlier and I refrained from saying anything. I thought, better to just let them shout into the abyss. But I do want to say, I find it sad and quite frankly pathetic to see grown women behaving this way."

The 24-year-old, who stars as Maggie Vera on the reboot, added that she hopes Holly and Rose "find happiness elsewhere and not in the form of putting down other WOC."

She continued, "I would be embarrassed to behave this way."

Holly and Rose have been fierce opponents of the Charmed reboot, even before it was in production. Back in January 2018, Holly took to Twitter to warn The CW to not "even think of capitalizing on our hard work."

She added, "Charmed belongs to the 4 of us, our vast amount of writers, crews and predominantly the fans. FYI you will not fool them by owning a title/stamp. So bye."

McGowan's disapproval of a reboot was made clear in 2013, when she tweeted, "Lame lame lame lamertons."

Alyssa Milano was more or less ambivalent about the revival, explaining to Parade that she was more upset by the fact that the original cast wasn't involved in the remake. Nonetheless, she shared, "I feel like it's either going to succeed or not, and if it succeeds again, a whole new generation will be exposed to the beauty of what Charmed was able to be for people, and if it doesn't succeed, then we don't have to hear about it anymore."

Watch the First 2 Minutes of the Bachelorette Premiere

Shannen Doherty, on the other hand, was more welcome to having a younger set of actresses step into the role of the young witches. Following Holly's remarks, the Beverly Hills, 90210 star said, "Im intrigued by the idea that a new generation might be comforted, inspired like all you were. Charmed helped us all in some way."

The CW President Mark Pedowitz later expressed his hope that the original cast would "give this new cast a chance."

"It is not quite the same, yet there are many similarities," Pedowitz explained. "Hopefully they'll give it a shot. We are happy with who we cast, we think it's a nice mix. We're thrilled that Jennie Snyder Urman has reimagined it somewhat and I can only say to fans: Before you make a decision, watch the series."

Sarah and her co-stars, Melonie Diaz and Madeleine Mantock, are in the middle of filming the third season, which is expected to premiere in 2021. The cast recently reunited after production was shut down because of the coronavirus pandemic.