Season five of Outlander had some huge moments with the Frasers facing new crises which pushed the family to the brink. Jamie Fraser (played by Sam Heughan) had some difficult moments as did his wife Claire (Caitriona Balfe) towards the end of the series. Both were put through the wringer as they faced life and death situations.

Early on in season five, Jamie was seen embracing his Scottish identity again when he was instructed to form a militia by Governor Tryon (Tim Downie) to take down the Regulators.

Jamie decided to don his kilt as he lit a burning Celtic cross as a form of summons to his fellow clansman to join him and take on the Regulators.

The scene was a big one for Jamie and played out differently to how it happened in Diana Gabaldon’s novels.

Speaking in a behind-the-scenes video from season five, Heughan reflected on such a pivotal moment for his character in the show. 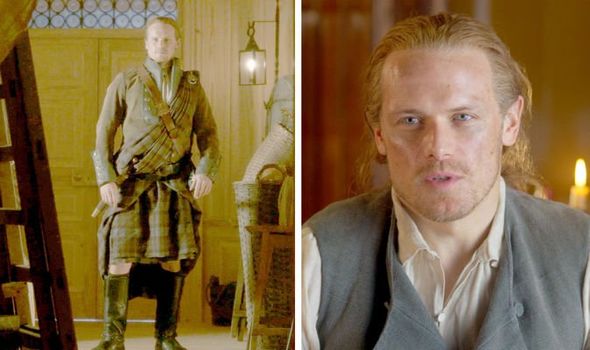 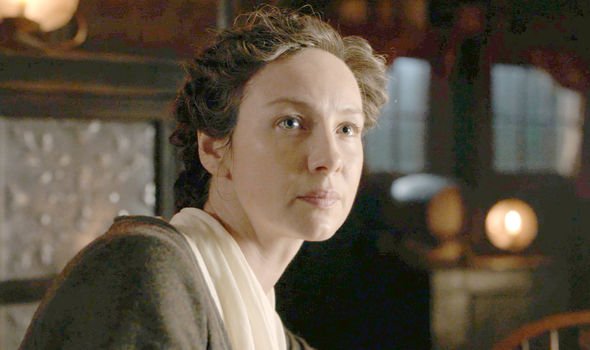 Following the Battle of Culloden, the kilt, tartan and other Scottish traditions were outlawed by the English as a sign of sedition and marked you out as a traitor.

Accordingly, Jamie has refrained from wearing his kilt, particularly after coming to the New World where he is surrounded by Redcoats at every turn.

Scottish actor Heughan said: “We also get to see Jamie Fraser in a kilt again, which is something I really enjoyed.

“So, for Jamie Fraser, tradition and certainly a part of his that they brought from Scotland to America, it’s bittersweet for him as well.” 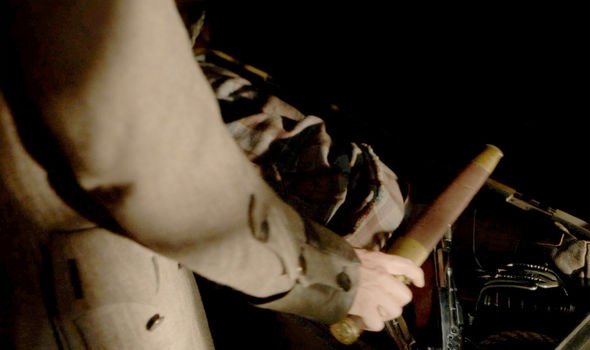 From the sounds of things, it was an important moment both for the actor and the character.

There was a sense of familiarity to the costume as well as its significance to the plot as well.

While executive producer Maril Davis said: “Originally, it was in the book at Riverrun, but we were trying to find the perfect time for him to put on his kilt.

“And it felt like episode one, starting off this season where he realises he has to step up, then call his people and actually become a true laird again.” 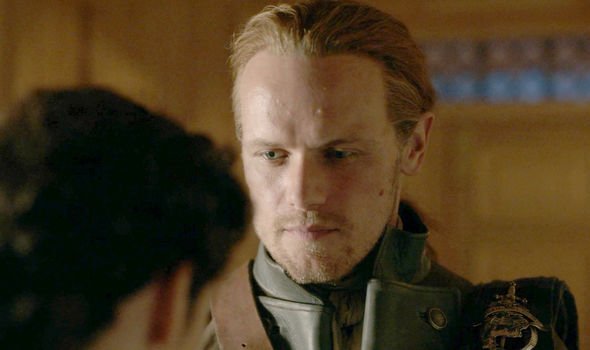 The symbolism allows Jamie to embrace his title as the Laird of Lallybroch, something which he had to give up in Scotland to protect his family.

Outlander’s showrunner Matthew B. Roberts added: “And what’s more Scottish than putting on his plaid and his kilt and walking out and showing the Redcoats there?”

Costume designer Trisha Biggar went on to shed more light about Jamie’s kilt, saying it was the same one he wore much earlier in the series albeit with a slightly different jacket.

However, the kilt is the original one Jamie has worn before in the show in the earlier seasons of Outlander.

If nothing else, the kilt serves as a nice throwback to early Outlander – along with the flashback to Jamie and Claire’s own wedding in season one.

Interestingly, season five featured a contrasting moment when Jamie was instructed by Tryon to wear a Redcoat while he fought for the British at Alamance against the Regulators.

The imagery of Jamie in a jacket was emblematic, not only of Captain Black Jack (Tobias Menzies) but the suffering caused by the Redcoats to the Frasers, making it all the more powerful.

Whether Jamie will wear his kilt in the future remains to be seen, particularly because of the connotations of defiance against the British despite being in America.

But now Jamie has worn his kilt once, there’s nothing to stop him from wearing it more frequently in a bid to stay close to his homeland and his roots.

Outlander season 5 is available on Blu-Ray and DVD now