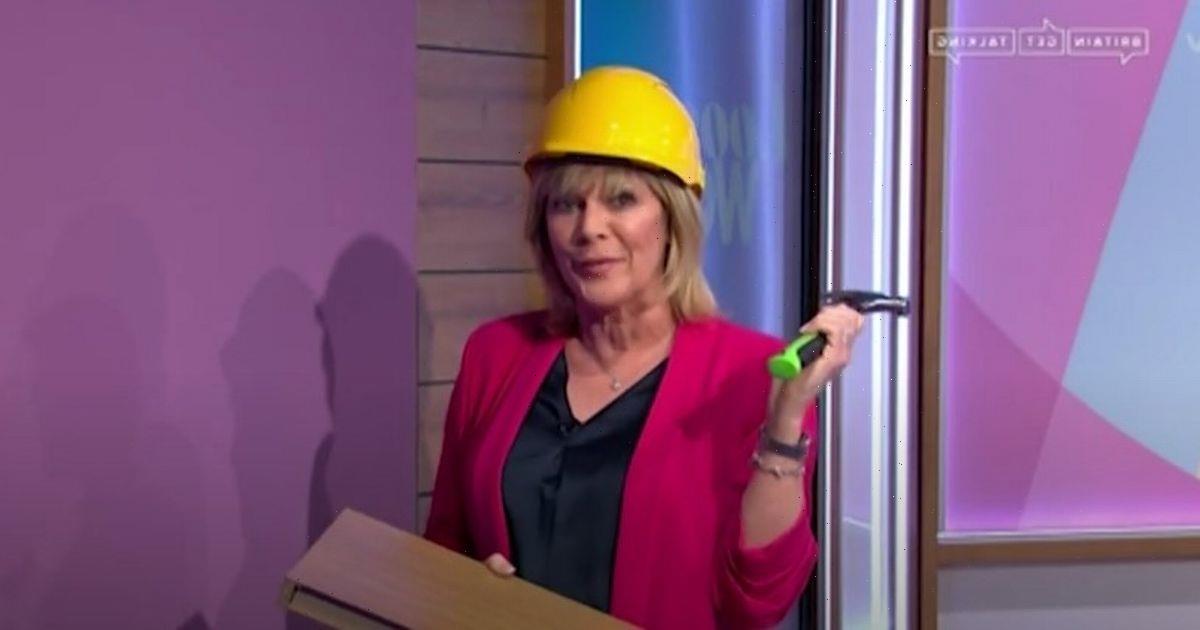 Phillip Schofield had a laugh at Ruth Langsford’s expense during a crossover link between This Morning and Loose Women on Tuesday morning.

Phillip and presenting partner Holly Willoughby spoke to Ruth via video link to ask her what was coming up on Loose Women later that day.

Ruth was seen wearing a yellow hard whilst fake hammering nails into a wall to fit a shelf.

She was promoting a discussion coming up on Loose Women about women doing DIY around the home.

Jokester Phillip said: “Yeah you just carry on there Ruth, hammering with no nails or anything!”

TV veteran Ruth then turned around and reprimanded Phillip saying: “Phillip! What a cynic, don’t be such a cynic!”

She laughed as she held the shelf up and said: “There, it’s up now!”

The Loose Women panel was made up of Janet Street-Porter, Brenda Edwards and Coleen Nolan as they discussed who was terrible at DIY.

Ruth is known for co-presenting This Morning with husband of 11 years, Eamonn Holmes.

Eamonn and Ruth co-presented Friday shows, whilst Phillip and Holly co-presented This Morning from Monday through to Thursday.

The husband-and-wife duo were beloved by audiences who enjoyed seeing their chemistry play out on morning TV.

Despite hosting the ITV breakfast show for 14 years, the pair were replaced by Dermot O’Leary and Alison Hammond on Friday's, but they still present the show during half-term holidays.

Things haven’t always been so light-hearted between Ruth and Phillip, as she reportedly complained about his behaviour to ITV bosses in the past, following an on-air clash.

Phillip cut off Ruth whilst she was presenting a Loose Women preview in 2019.

At the National Television Awards in 2020, Phillip awkwardly gave Ruth a hug on stage when This Morning won best live magazine show, which sparked speculation of a feud amongst fans.

However, the pair now seem to be on good terms as they chat and appear friendly as This Morning links over to Loose Women.

This Morning airs on weekdays at 10am and Loose Women at 12.30pm on ITV.