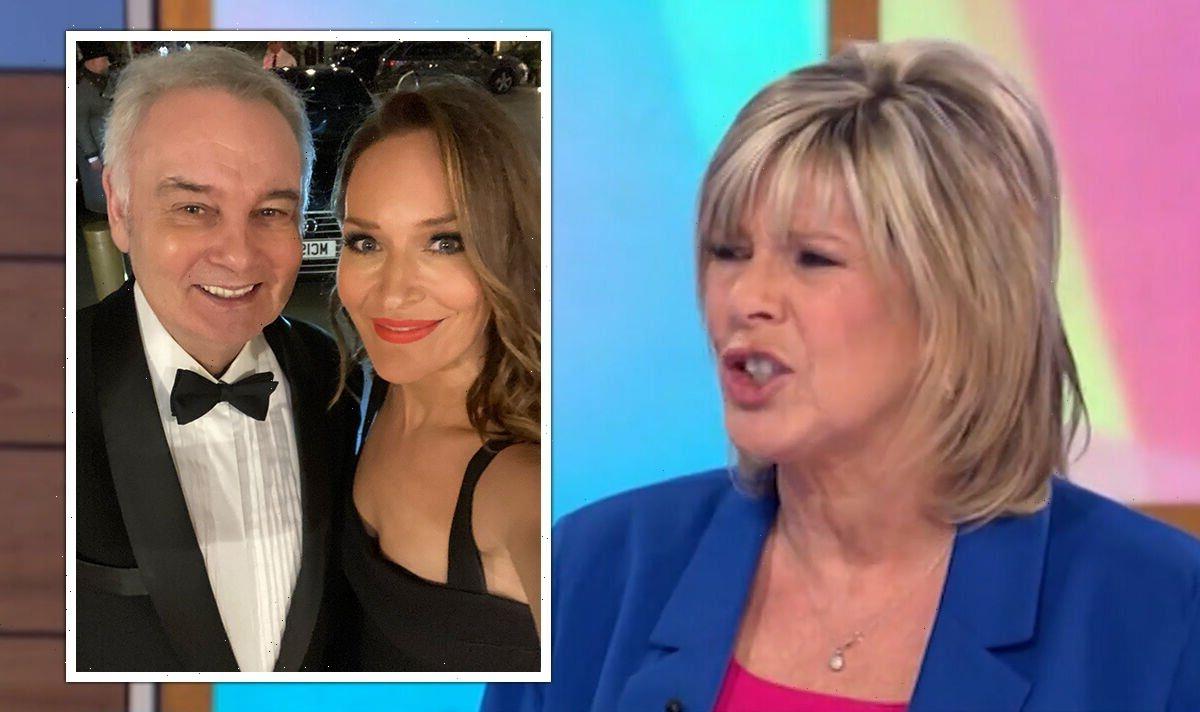 Ruth Langsford and her Loose Women co-stars discussed whether they thought it was acceptable to meet up with a long lost lover on the ITV talk show. The panel were divided over the topic, and Ruth erupted over the thought of her husband Eamonn Holmes meeting up with a former flame.

Some of the Loose Women stars thought it would be acceptable for their partners to meet an ex as long as they felt secure in their relationship.

However, Ruth, who has been in a relationship with GB News host Eamonn for 25 years, vehemently disagreed.

She fumed: “You know what I think about it, being the most jealous person on the entire planet.

Denise Welch added: “I think it is different if you know somebody from old times.

“I have friendships with ex boyfriends [my partner] has met, but you know, they have been to birthdays.”

Ruth chimed in: “That must have been a blast from the past.”

Ruth tied the knot with Eamonn in June 2010 and Monday’s instalment of Loose Women was not the first time her jealousy has been brought up on television.

Ruth, who used to host This Morning with Eamonn, has been teased about being green-eyed in the past.

In 2020 Eamonn mentioned his wife’s “jealous side” while hosting the ITV show.

Eamonn cheekily said he would love to have “women fussing” over him like the singletons on This Morning feature Matchmaker Mountain.

Ruth tried to brush off the flirtatious comments by telling viewers he would not mind.

However, Eamonn was not convinced and said her jealous side was coming out.

It was not long until Ruth confessed she would “definitely” be jealous of other women vying for her spouse’s attention.

The Loose Women panel eventually moved on from the topic of ex partners and welcomed rapper Sean Paul onto the show.

Sean spoke about Judi Love twerking to one of his hits during her stint on Strictly Come Dancing last year.

Sean said: “People started sending this to my phone. I’m like, ‘Who is it? What’s going on?’ Then it went viral. It was awesome.

The dancehall star also taught the Loose Women ladies some moves to his hit Get Busy.

Loose Women continues on weekdays at 12.30pm on ITV.