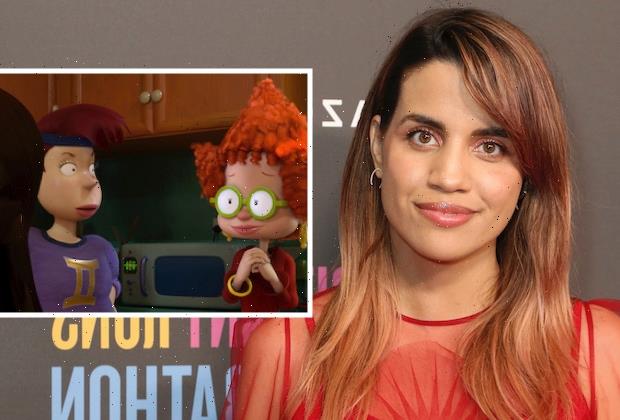 Phil and Lil’s mom Betty is living in her truth in the newly rebooted Paramount+ Rugrats.

Natalie Morales, who is voicing the character on the CG-animated series which premiered on the streamer this Thursday, confirmed to the A.V. Club that the mother of twins — who had been married to Howie in the 1991 original — is now out and proud.

“Anyone who watched the original show may have had an inkling Betty was a member of the alphabet mafia,” says Morales, who is openly queer. “Yeah, Betty is a fictional cartoon, but even cartoons were hugely influential for me as a kid and if I’d been watching Rugrats and seen Betty casually talking about her ex-girlfriend, I think at least a part of me would have felt like things might be OK in the future.”

Betty DeVille has long been an unofficial gay icon and the character update simply makes it official. This time around, Betty’s sweater doesn’t boast a woman’s gender symbol but the icon for Geminis. She’s also an entrepreneur who cracks jokes about past girlfriends.

“Betty is a single mom with her own business who has twins and still has time to hang out with her friends and her community,” Morales adds. “And I think it’s just so great because examples of living your life happily and healthily as an out queer person is just such a beacon for young queer people who may not have examples of that.”

In case you haven’t watched yet, the new Rugrats follows the “even bigger adventures born from the colorful imaginations of Tommy, Chuckie, Phil, Lil, Susie and Angelica,” according to the official logline. (Dil, Kimi and Kira have presumably been erased from existence.) The first batch of episodes have dropped and will be followed by a second batch at a later date.