An Oscar-nominated actor; a documentarian-turned-butcher; a diaspora hip-hop drama. What reads as a disparate set of elements is alchemy in practice with “Mogul Mowgli,” Bassam Tariq’s fiery debut. The protagonist is a London-born Pakistani rapper (Riz Ahmed): As Zed to his fans, Zaheer to his friends, and Zuzu to his mum, his identity is split between east and west and not fixed in either.

Ahmed and Tariq dive into that schism of the self in a sometimes surreal movie that also has Ahmed tap into his real-life rap and spoken-word battle skills as a musician. (He performs under the moniker Riz MC.) “Mogul Mowgli,” shot a few months after his Oscar-nominated turn in “Sound of Metal” wrapped production in late 2018, again tasks the London-born Pakistani actor to play an artist coping with degenerative illness. His “Sound of Metal” drummer was going deaf; Zed is losing control of his motor functions because of an autoimmune disease.

Tariq, who grew up Muslim in Queens, instantly connected with Ahmed through their shared sense of dislocation as Pakistani artists who grew up in the West. They became fast friends after Ahmed saw Tariq’s 2013 documentary “These Birds Walk,” about a runaway Pakistani boy; in 2018, they shot the Riz MC music video “Mogambo” in Pakistan.

“I was really intimated by Riz,” Tariq told IndieWire over Zoom. “He can be quite confrontational in a really strong way, and I realized I had a lot to learn. We did this trip to Pakistan together. It was like our dating phase, trying to figure out, ‘Is this going to be a thing or not?’ Everywhere he went, he wrote lyrics and verses, and he was reciting the stuff back to me, and I thought ‘This is so beautiful.’ He processes the world through verse, and he’s a writer that happens to be a really talented actor.”

Tariq also said his partnership with Ahmed grew out of a “desire for me to work with people… that look like me.” 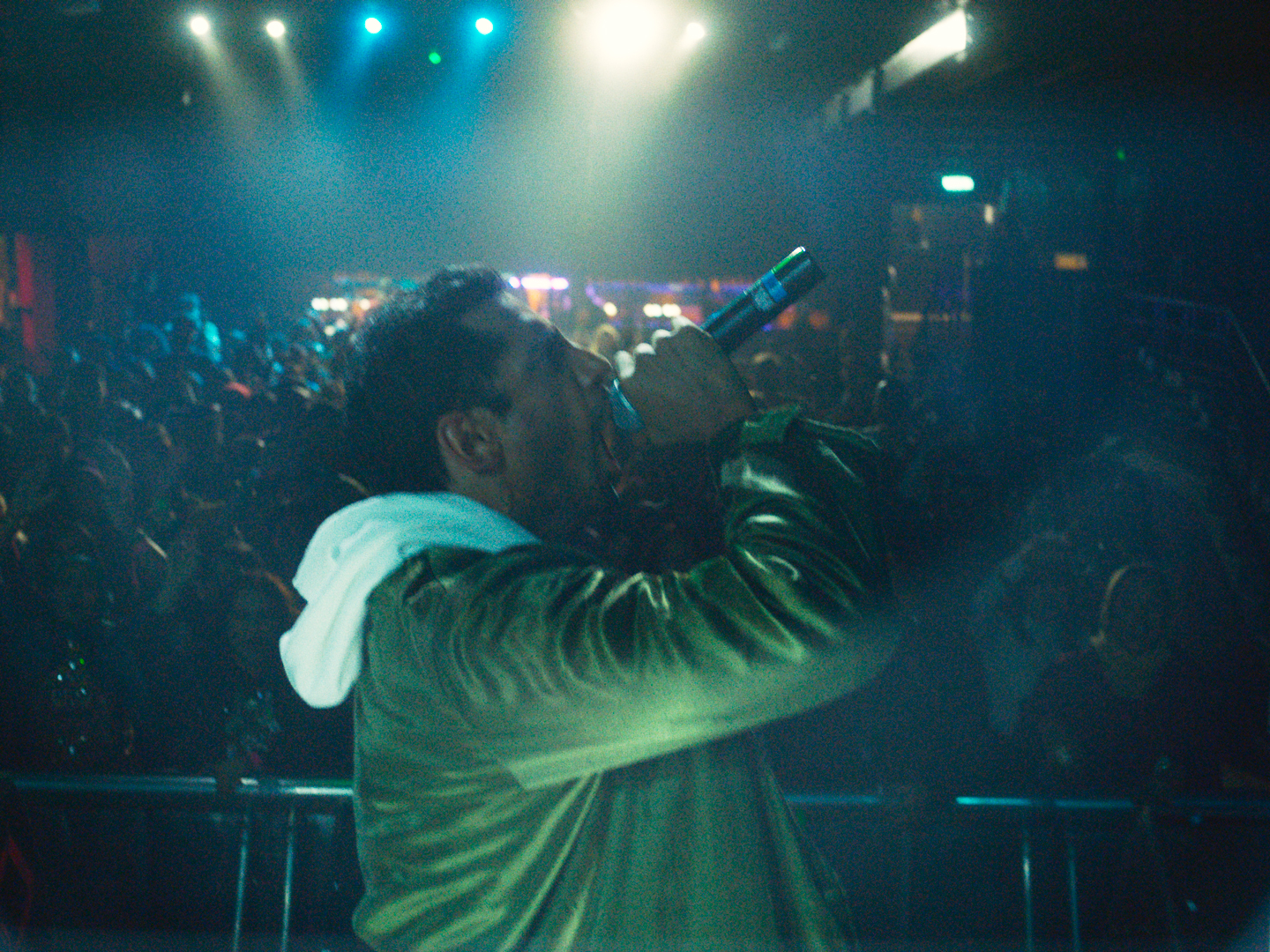 “Before we started making the film, I knew he was a unique cat because I met him at his butchery,” said Ahmed of Bariq, who’s co-owned the butcher shop Honest Chops in the Lower East Side of Manhattan since 2014. “The dude’s there taking a meat cleaver to beef ribs and talking to me about Tarkovsky.”

Ahmed said he experienced a new kind of openness on the set of “Mogul Mowgli” thanks to Tariq’s position as a first-time filmmaker. “[Directing] can be so much about the projection of power, control, and ego,” Ahmed said. “Directors are taught to pretend they have an answer even when they don’t. That’s not the way Bassam leads. He leads through vulnerability and collaboration. I remember the first day of shooting [‘Mogul Mowgli’], he gathered everyone around with a tear in his eyes asking everyone for forgiveness because he knows he’s going to make mistakes. Who does that?”

Prior to shooting “Mogul Mowgli” in London in 2019, Tariq and Ahmed wrote the “Mogul Mowgli” screenplay by exchanging hours of notes over FaceTime and WhatsApp. Ahmed wrote all of the music and lyrics that eventually became the foundation for his 2020 album “The Long Goodbye.”

In the film, Zed struggles to complete “Toba Tek Singh,” a track based on 1955 a short story by Saadat Hasan Manto about a Sikh prisoner literally and spiritually caught between Pakistan and India after the 1947 Partition. That was more than a plot point: Ahmed himself struggled to finish that track while making the movie. (It now lives on “The Long Goodbye” in its finished form.)

Tariq said his own struggles as a Muslim growing up in Queens informed the placement of that song within the film. It’s conveyed through the motif of a masked, groom-like figure who haunts Zed and represents the past that lurks within his present.

“We did this tour of the Islamic art gallery [at the Met] and we saw these images of faces being covered in different ways,” said Tariq. “I loved that idea of veiling and how there’s something about shame, but also a sense of a disconnect from your own community. Being an American Asian, an American Pakistani, an American Muslim, we lose that connection with our British brothers and sisters. We’ve struggled for three to four generations, and that struggle is very similar to that of the Latinx community and the Black community here in America.” 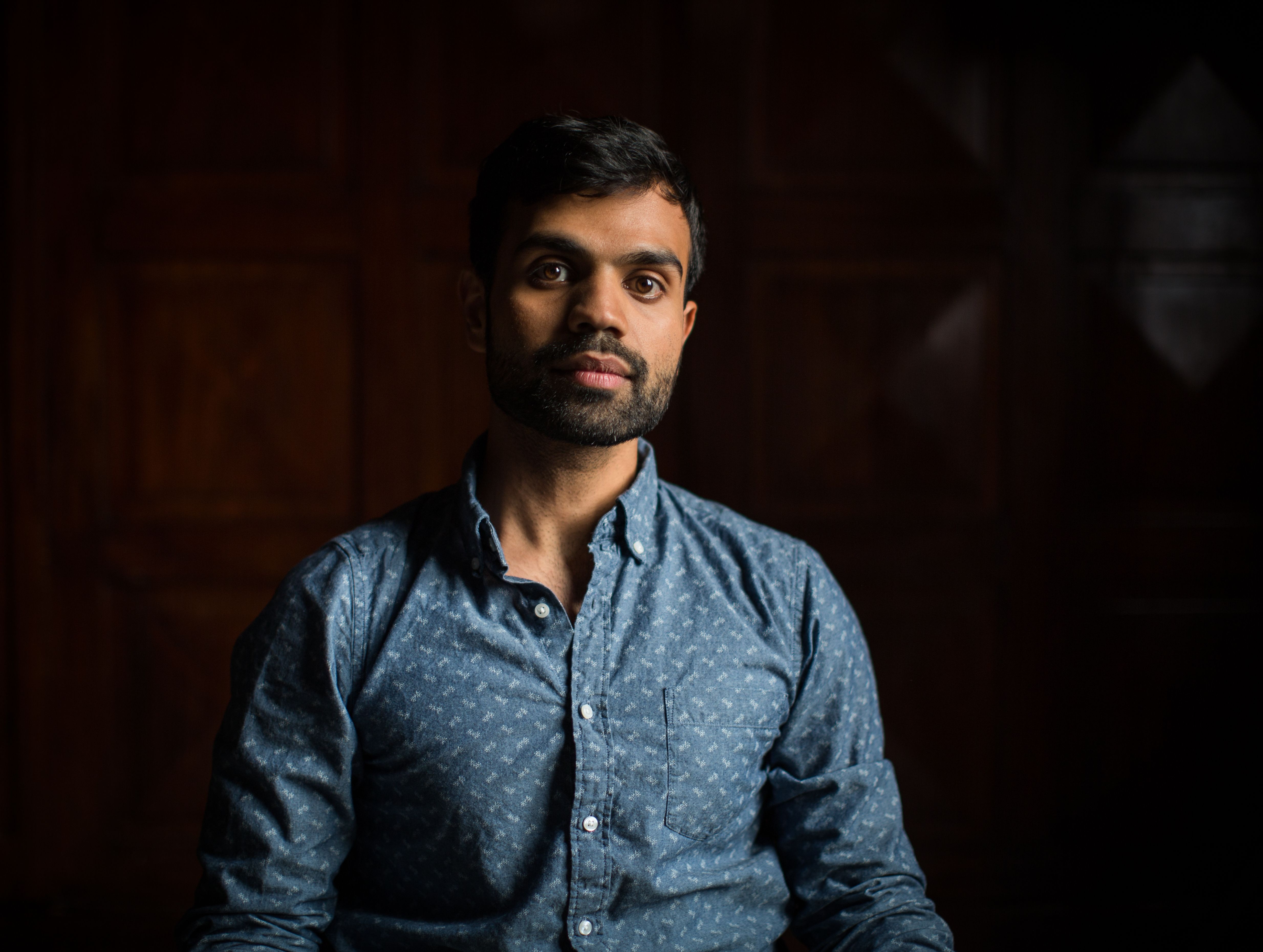 Along with tapping into Riz MC for “Mogul Mowgli,” Ahmed underwent a grueling physical transformation. “Mogul Mowgli,” he said, was “about intense weight loss. I lost 10 kilos [about 22 pounds] in three weeks. I wouldn’t recommend it to anyone. I had a professional dietician working with me, but it was really grueling and took me emotionally to an intense place, which probably informed the movie. That was a big part of it, being in a place of weakness and fatigue and insatiable hunger.”

Ahmed cited the words of Daniel Kaluuya during the press tour for “Judas and the Black Messiah” as a way to contextualize the intensely physical demands of “Mogul Mowgli.” “Dan Kaluuya said something I liked: ‘If you’re in your head, you’re dead.’ I think that’s true. Acting has to be in your body. Anything that brings you into your body centers you, and you can perform in that place.”

Next up, Tariq is set to enter the Marvel Cinematic Universe with his upcoming “Blade” film with Mahershala Ali, and the filmmaker’s hypnotic vision should lend itself to the story of a nocturnal vampire-turned-daywalker.

“Mahershala keeps texting me saying, ‘Dude, Bassam is out of this world. He’s a different kind of guy,” Ahmed said.