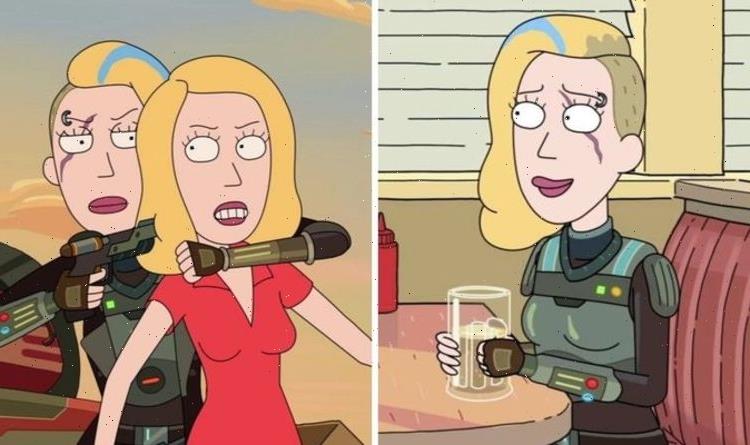 The fifth season of Rick and Morty continued on Sunday night with yet another bonkers sci-fi adventure, ‘Mortyplicity’. An unexpected visit from Space Beth (played by Sarah Chalke) just before the credits rolled on the Adult Swim story may have proven once and for all where Rick’s (Justin Roiland) real daughter is.

A new theory has proposed Space Beth could actually be the real mother of Morty (Justin Roiland) and Summer Smith (Spencer Grammer).

At the end of the fourth season of the madcap Adult Swim cartoon comedy, Rick reveals he cloned his daughter, Beth, and purposefully neglected to mark which of his daughters was the original.

While one of the copies remained on Earth with her family, the other took to the stars and eventually became an intergalactic freedom fighter.

Rick and Morty has been notorious for its dismissal of fan demands and over-arching continuity, so it came as a shock to some viewers when Space Beth returned this early into the new season. 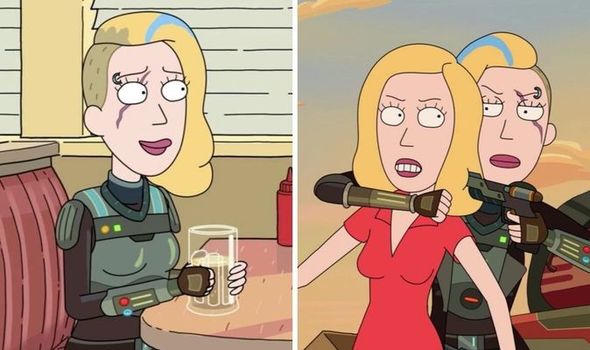 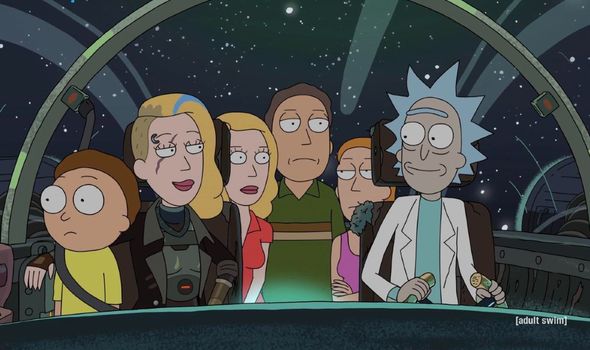 Although her appearance was brief, Rick hinted his cloned daughter could tag along for more adventures going forward.

Unfortunately, Space Beth herself retorted they shouldn’t ‘over-do’ her sporadic appearances, so it could be another whole season before she’s seen again.

Her status as either a recurring supporting player or series regular is still unknown, but her latest cameo has fuelled even more speculation about the identity of Beth’s clone.

Previously, most fans assumed Space Beth was the carbon copy, largely out of simplicity, though some media referred to her as ‘Clone Beth’ before the colloquial nickname caught on. 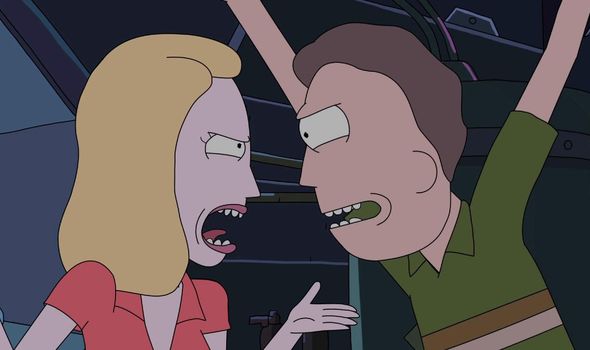 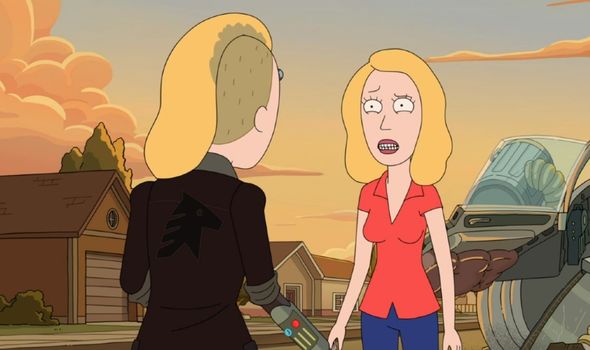 However, a small but crucial detail at the end of ‘Mortyplicity’ has now cast more doubt over which Beth is which.

One eagle-eyed viewer recently took to Reddit to point out the family’s positioning in Rick’s Space Cruiser at the end of season five’s second episode.

They captioned a still of the scene: “Picture of space Beth being cute with her arm around Morty, I think it shows she kinda misses them.”

While Space Beth was more than happy to leave the rest of the Smiths back on Earth, she may have started warming to them after returning to help take on the Galactic Federation in the season four finale.

Her arm around Morty isn’t enough evidence to start making bets about her identity, but it could be subtle foreshadowing that more revelations are on the way.

A second fan also noted: “It is interesting that she’s in the front seat with Rick and Morty.”

Though another commenter added it makes more sense for Beth’s more daring alter-ego to sit at the front with the ‘cool kids’.

Meanwhile, another viewer agreed with the theory and suggested: “Maybe she’s the real one?”

And further comments even proposed both Beths could be clones, proving Rick and Morty fans are constantly prepared to expect the unexpected.

There are still eight more episodes of the new season to go, with plans for the series to continue well into the future.

Dan Harmon and Justin Roiland have already begun work on seasons six and seven, so there could be ample opportunities for more adventures with Space Beth in the years to come.