After making the fans wait and wait (and wait), Adult Swim officially renewed cult adult animation Rick and Morty on May 10.

And we didn’t just get a season four renewal of around 10 or so episodes, but a whopping 70-episode renewal that will see the show past the 100-episode mark. It’s obviously exciting news for fans, but we do have some reservations, which we’ve already outlined.

So while we wait for the episodes to drop, here’s everything we know so far about season four of Rick and Morty… and potentially beyond.

Rick and Morty season 4 episodes: How many can we expect?

While the first season had 11 episodes, season two and three had 10 episodes each, so that’s a fair shout for season four, although co-creator Dan Harmon has spoken about wanting to do longer seasons before.

“I would like to think I’ve learned enough from my mistakes in season three that we could definitely do 14 now, but then I have to say, ‘Yeah but you’re the guy who says we can do 14 who turned out to be wrong so we’re not listening to you now’,” he told EW. 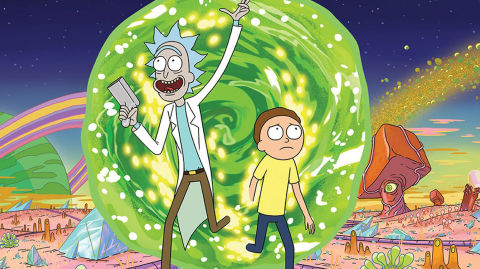 “The nice healthy way to approach this is I want to prove it with the first 10 of season four – prove it to ourselves, to production, to the network – that it’s so easy that we’ll earn additional episodes.”

There’s no such worries now about having to prove themselves for extra episodes, so the question remains that with 70 episodes to play with, will Harmon and co-creator Justin Roiland stick to traditional seasons or decide that the 70 episodes can constitute a fourth season across several years?

Rick and Morty season 4 release date: When will it arrive?

We’ve been warned since the post-credits scene on the season three finale – by Mr Poopybutthole himself – not to expect season four for “a really long time”.

Earlier this year before the renewal, writer and producer Ryan Ridley outlined that we shouldn’t expect new episodes anytime this year. “I know how long this show takes to write, let alone animate. I’d be surprised if there was a fourth season on the air anytime sooner than 2019… late 2019,” he revealed.

A two-year wait is nothing new for Rick and Morty fans given the gaps between the previous seasons, so 2019 was always the earliest we could expect season four.

However, with the bumper renewal and the flexibility it potentially gives the creators, there’s a chance that new episodes of the show could be released as and when they’re ready, giving an outside chance of new Rick and Morty adventures sooner than we thought, but there’s nothing confirmed yet.

The good news is that writing on new episodes was underway as of June 2018, with Roiland promising no more long gaps, or “chasms in between seasons” anymore. 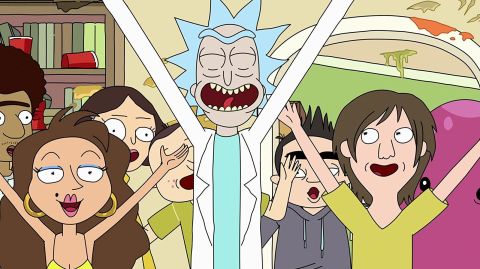 We can’t imagine it’ll be anyone else than Roiland voicing Rick Sanchez and Morty Smith, Chris Parnell as Morty’s father Jerry, Spencer Grammer as Morty’s sister Summer and Sarah Chalke as Rick’s daughter Beth in the new episodes, as they’ve been doing it since the start.

It remains to be seen if the new episodes will require Roiland to get drunk for real to record an episode.

Outside of the core cast, expect season four to continue with the show’s use of guest stars for other characters. Season three saw the likes of Nathan Fillion, Susan Sarandon, Christian Slater, Lance Reddick and Tony Hale pop up in various roles.

Rick and Morty season 4 teaser: Any new footage yet?

We haven’t got any official season four footage since the renewal, but we have been treated to mini-episodes since season three ended, starting with the show’s take on Up‘s opening montage with Mr Poopybutthole.

There’s also been an Australian re-imagining of the show from YouTube series Darren and Damo‘s creator Michael Cusack which sees Rick force Morty into joining him on an eight-hour road trip to Bendigo to get a “green cube”.

Oh, and they also seemed to pop up in My Little Pony of all places.

Frustratingly, it just became more difficult for UK audiences to catch up on old Rick and Morty, with Netflix removing the first three seasons from its service. Wubba lubba dub dub!

Next post M. William Krasilovsky, ‘This Business of Music’ Co-Author, Dies at 92