Mark made the point that the Korean series is ‘no more violent than other shows’ and that the idea of a programme making kids violent is just a ‘scaremongering’ argument that rolls around every decade or so.

‘I wouldn’t sit down with a six-year-old and watch Squid Game,’ he said. ‘Is that a question about how violent the show is or how irresponsible some parents are?’

Keen to hear whether Jade agreed, Richard then probed: ’What do you think about Mark’s point? Do you not take Mark’s point that we’ve been here before?’ 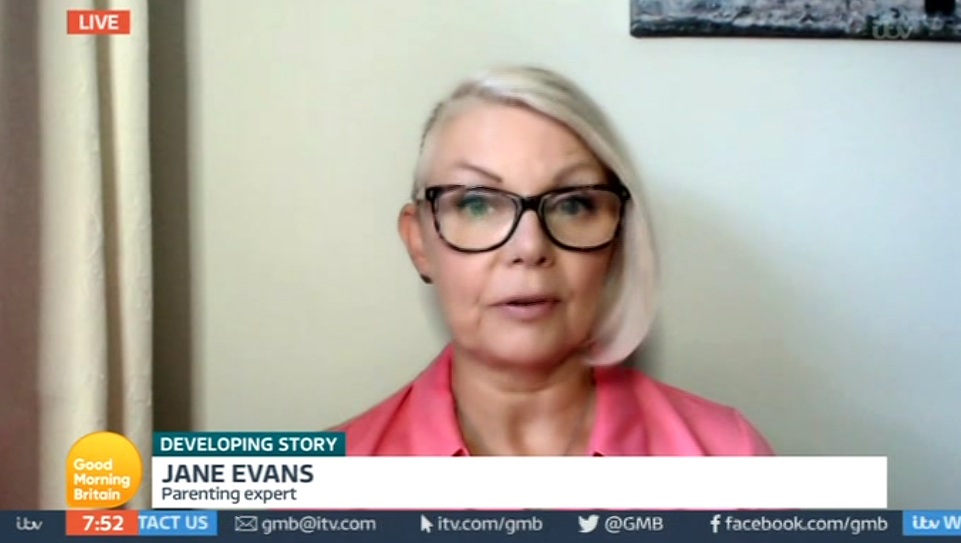 ‘Hang on, hang on,’ Richard interrupted. ‘Darling, let me finish the question. We’ve done the debate about video nasties.’

Jade was visibly shocked by Richard’s comment and frowned, with Mark also doing the same.

But the presenter continued: ‘We’ve had debates about X-rated horror movies and all the rest of it, and he’s right, it hasn’t turned our children into dead-eyed monsters going into the playground and really acting out what they’ve seen.’

Richard Madeley once again proving what a misogynistic & patronising dinosaur he is. If he had called me darling I wouldnât have let it slide #GMB #GoodMorningBritain

Did I just hear Madeley âdarlingâ his guest?! @GMB #GMB

Viewers were equally stunned by the events of the debate, with many hitting out at Richard’s comment.

‘Richard Madeley once again proving what a misogynistic & patronising dinosaur he is. If he had called me darling I wouldn’t have let it slide,’ blasted one.

Another raged: ‘”Darling”?! How patronising!’

The uncomfortable moment comes just one day after Susanna publicly apologised to a Good Morning Britain guest after the show failed to broadcast her title in what viewers are branding a ‘sexist’ mistake.