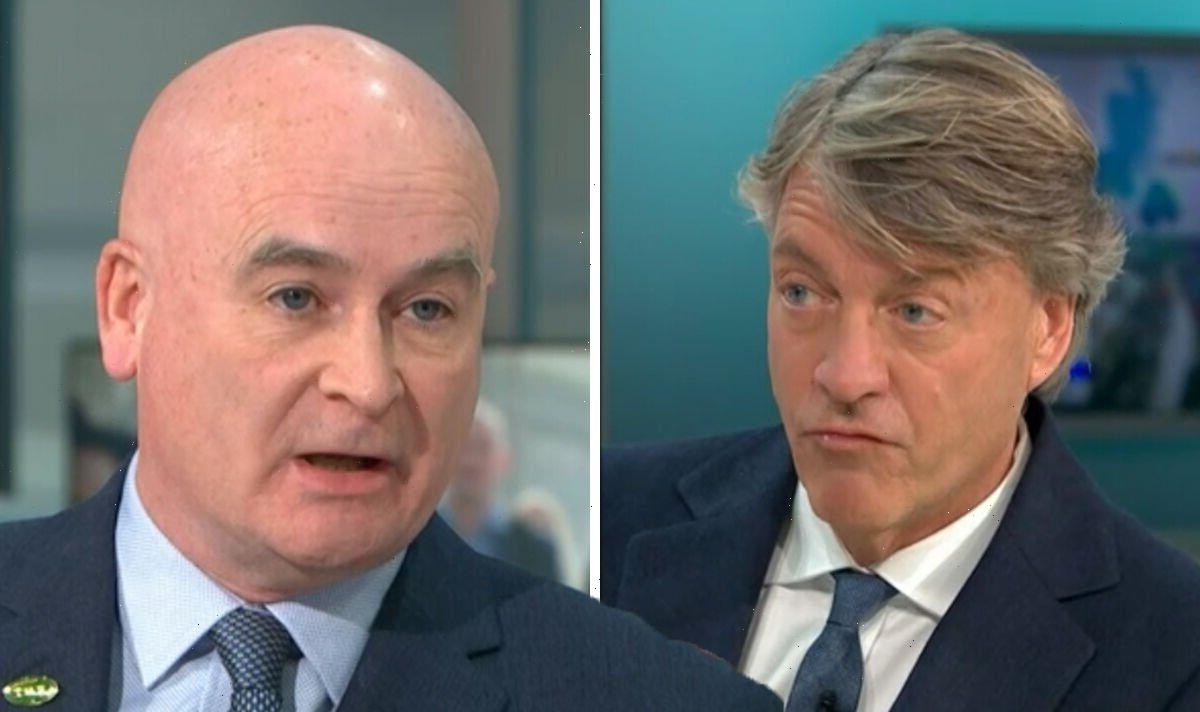 RMT general secretary Mike Lynch joined Richard Madeley and Susanna Reid on Wednesday’s GMB after it was confirmed 89 precent of union members voted in favour of a nationwide strike amid an ongoing dispute over pay and working conditions. However, Richard skewered the union boss as he told it wasn’t the “right time” for industrial action.

Richard began: “Most train drivers are on an average of £60,000 a year, they work a four-day week, Sunday working is optional.

“Many people would say sure use your clout and your leverage to negotiate for better conditions but to strike at this time of all times is just socially irresponsible.”

Mike hit back: “Well this strike isn’t just about train drivers I’ve got thousands of members, the majority of our members are on very most salaries between £25,000 and £30,000 which isn’t a lot of money these days and like everyone else they’re feeling the pinch and it’s because of this cost of living crisis that’s one of the main issues in this dispute.

‘We’re going into the third year now we’ve not had a pay rise for our people some of them as low as the minimal wage they’re struggling like everyone else.

Richard fumed: “You know what you’re being accused of and it’s an abuse of power.

“You have tremendous power, you really do have your hands around the windpipe of the country in terms of rail travel and it’s an abuse of that power.”