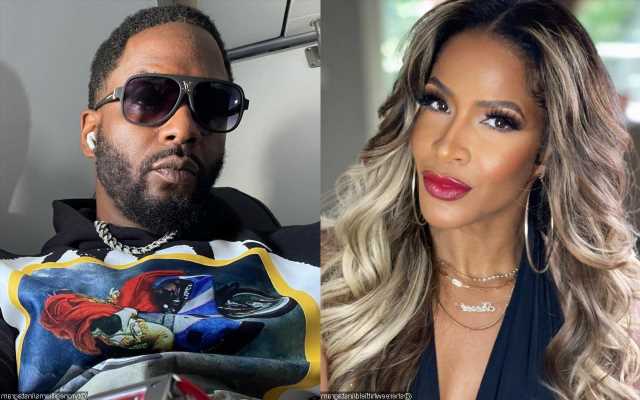 Also in the new episode of the Bravo reality show, Marlo Hampton almost poured her glass of champagne on Kenya Moore’s head during yet another argument.

AceShowbiz -The new episode of “The Real Housewives of Atlanta” saw Sheree Whitfield dealing with the aftermath of her split from boyfriend Tyrone Gilliams. In the new outing, which aired on Sunday, July 10, she found out that her fallout with Tyrone was in the press.

Sheree learned about the matter during an appearance on her daughter’s podcast. However, she reacted to it only after she invited her friend, Fatum, over to her house a few days later. Opening up to her friend over a glass of champagne, Sheree cried while saying, “I feel so f**king stupid.”

She claimed that she felt like she was wasting years of her life on a relationship with Tyrone. However, Sheree didn’t want to be in that kind of somber mood for any longer. Following the emotional session, she told Fatum that she wanted to throw a lavish slumber party to cheer herself up.

Sheree invited all the Housewives, including Lisa Wu, to her bash. Everyone appeared to have a good time with Kenya Moore drinking quite a bit and it led to some heated moments with Marlo Hampton, who had just kicked her nephews out of her house because they were destroying her house. Marlo shared that she sent them to live with her younger sister for a while.

Kenya, who wasn’t aware of Marlo’s situation, kept calling herself “the moment” as she and the latter still had unresolved tension stemming from their fight at Drew Sidora‘s workout class. Feeling triggered, Marlo almost poured her glass of champagne on Kenya’s head.

On the other hand, Drew got into an argument with Fatum, who revealed that she had someone done a background check on Drew and her husband, Ralph Pittman. According to Fatum, Drew and Ralph had dozens of aliases. Some of the ladies thought the claim was funny, but Drew did not. She then told Fatum to mind her own business.

Another drama also took place between Lisa and Sanya Richards-Ross. The OG cast member of “The Real Housewives of Atlanta” yelled at Sanya for trying to interrupt her when she was talking to the group.