Superstore has never been a show that shies away from talking about tough topics. Already, the NBC workplace comedy has addressed gun control, capitalism, corporations exploiting workers, unions, and immigration reform. Now, as the world is in the midst of the coronavirus (COVID-19) pandemic, Superstore is taking on a global pandemic too.

In some ways, Season 6 of Superstore feels like past seasons and demonstrates why so many people still love the show. However, the sixth season of Superstore can’t help but feel more weighted because the coronavirus is still not under control. 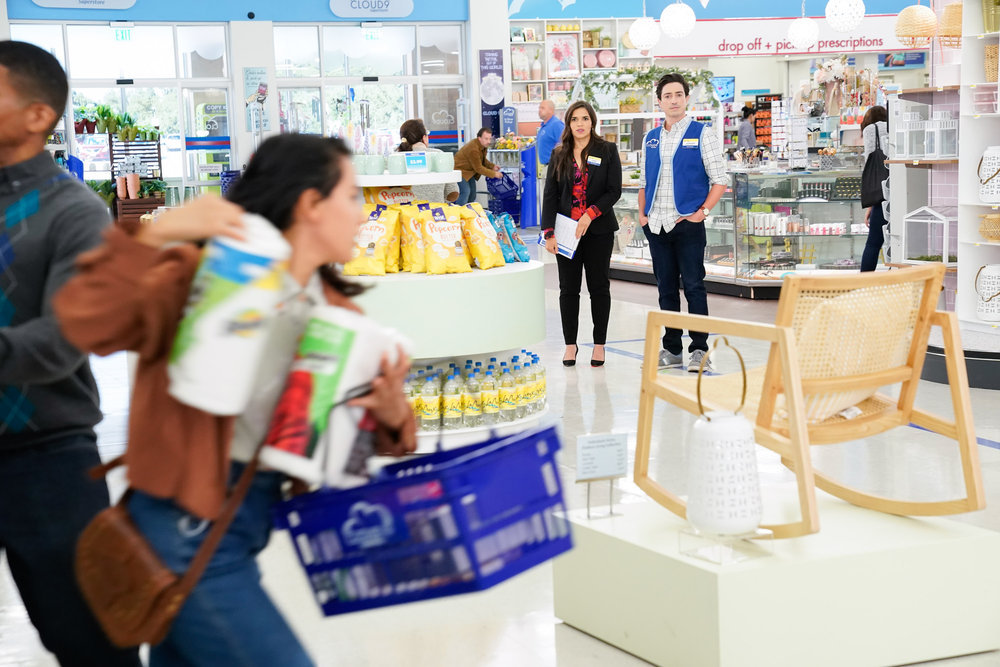 What happened in Season 5

The fifth season of Superstore ended with Amy (America Ferrera) having the chance to interview for a job with Zephra, the corporation that oversees Cloud 9. Amy interviews for the job, and she ends up getting an offer. Even though it means she has to move to California, Amy accepts the job.

Her boyfriend Jonah (Ben Feldman), who also works at Cloud 9 with her, decides to move with her. They kiss and “To be continued…” appears onscreen.

The episode, titled “California Part 1,” was originally not intended to be the season finale. However, because of the coronavirus, production for Superstore was temporarily halted, and filming for the finale was not completed.

Ferrera originally planned to exit the show after Season 5. To complete Amy’s storyline, Ferrera is appearing in the first two episodes of the sixth season: “Essential” and “California Part 2.”

The ‘Superstore’ characters face the coronavirus

Superstore returned to NBC on Oct. 29 with “Essential.” Based on the title, one can correctly guess that the episode deals with the coronavirus. As the episode progresses, viewers relive the past few months. Customers panic over buying toilet paper and refuse to wear masks.

Because the show is about the daily lives of service workers, corporate has always been the show’s main antagonist, and that remains true in the new season. Zephra will not send protective gear for Cloud 9 employees but does send anti-looting supplies amid the Black Lives Matter protests. All the while, Zephra hails Cloud 9 employees as “essential and the true heroes of this chaotic time.”

In just one episode, Superstore acknowledged that the U.S. is treating essential workers as expendable. There are moments that are played for laughs, while other scenes are simply not meant to be funny. What makes Superstore such a good show is that even though it is a comedy, it knows when to tell a joke and when to let an issue sit with its audience.

After “California Part 2” airs on Nov. 5, Ferrera will no longer be on the show as Amy. For over five seasons, fans have followed Amy’s growth, and the show largely centered around her in the beginning. However, times have changed, and the heart of Superstore is now its ensemble cast.

Ferrera’s announcement that she planned to leave Superstore left a question of what direction the show would take. If “Essential” proved anything, it showed that Superstore can handle whatever uncertainty is thrown its way. Right now, the characters on the show seem to be handling everything the way everyone else is, which is one day at a time.

Even with Ferrera’s looming departure, Superstore is still the TV show that everyone should be watching.