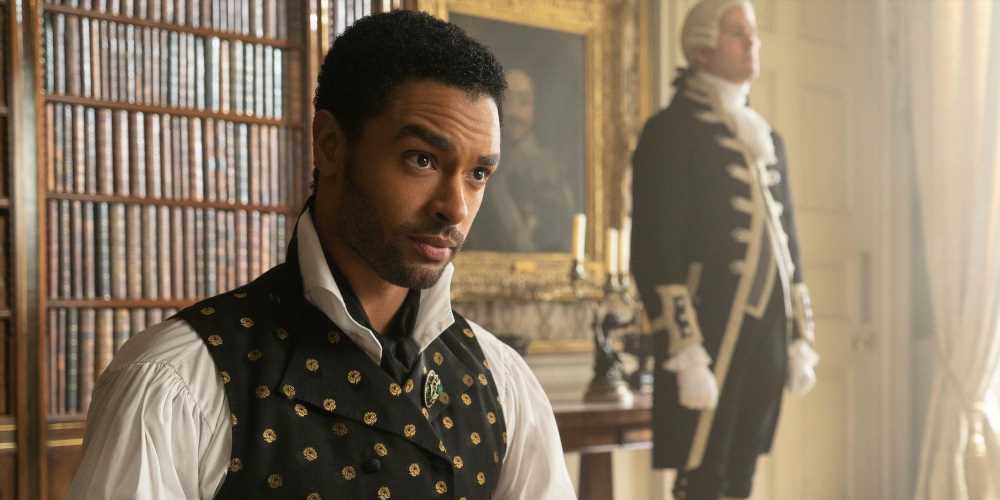 Hi to everyone who isn’t done talking about Bridgerton yet! We have an update. Regé-Jean Page just sat down for a roundtable chat with The Hollywood Reporter, and talked about feeling ~overwhelmed~ while watching his sex scenes. Which, yes, same.

He then talked about how his family felt about Bridgerton’s “romantic aspects,” and said “My family doesn’t want to be overwhelmed by my backside, specifically, too often, but they’ll take it on this occasion because everyone seems to be terribly happy.”

FYI, Regé-Jean Page also spoke about his family’s reaction to the sex scenes on The Graham Norton Show, saying “We’ve got a family WhatsApp group, so there’s a couple flashing red light emojis and there’s the odd peach emoji — certain people have threatened to rate my peach.” He added, “A couple of cousins missed the memo. So they’re watching the show and I got a very stern message in my Instagram DMs just going, ‘There really needs to be a cousin warning.'”

Meanwhile, Phoebe Dynevor told The Drew Barrymore Show that she fast-forwarded the sex scenes while watching Bridgerton with her grandparents, saying “I had to stand there with the remote ready at any given point to fast-forward for them not to see any of the things I didn’t want them to see. We got through it. It was PG-13 for my grandparents.”

You love all the deets on TV and movies. So do we! Let’s overanalyze them together.