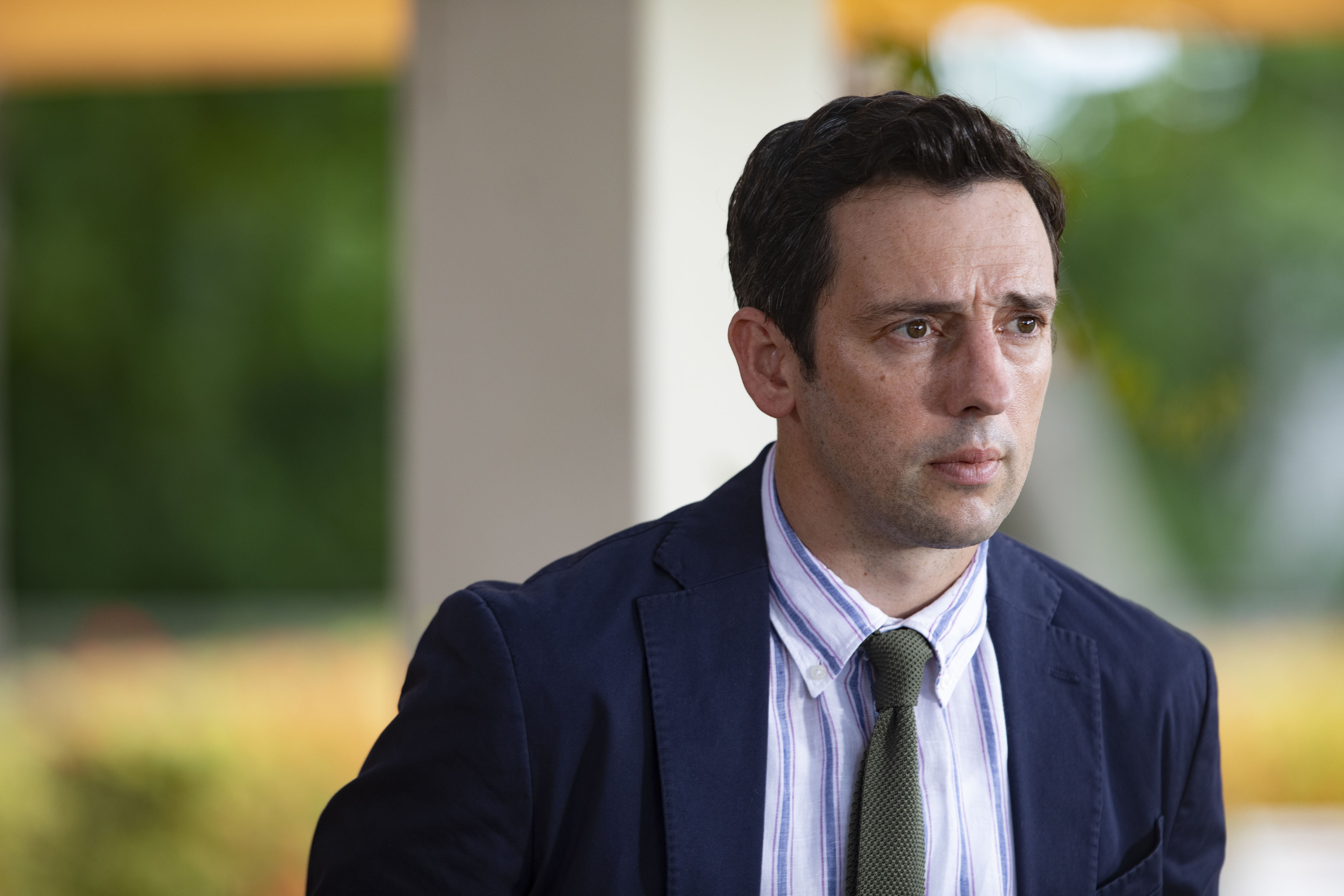 Death in Paradise star Ralf Little called the UK ‘horrible’ after making the drama in the Caribbean, having spent the past year and a half living it up on the island of Guadeloupe for filming and in Florida to see his fiancée.

The 41-year-old was born in Bury in Greater Manchester, having starred in shows including The Royle Family and Two Pints of Lager and a Packet of Crisps in his career.

Since 2020, he has played DI Neville Parker in Death in Paradise, having previously made a one-episode appearance as a different character in 2013.

During a recent interview, the actor explained that when he returned home to see his family at Christmas after spending months basking in the sun, relaxing under palm trees, it stirred up feelings in him about the UK.

‘I’m from Manchester so grew up in the cold, wet and drizzle. I was back two days and was like, “This sucks.” I’ve been away for 18 months and not been cold.’

He continued, recalling: ‘As I was flying into Heathrow I looked out the window and as far as I could see, stretching out across the horizon, was thick cloud.’

According to the publication, Ralf was ‘half joking’ with his remarks, who described his role on Death in Paradise as ‘the best job in TV’.

‘Not just in terms of location, because Guadeloupe is wonderful. But the show itself has become pretty iconic,’ he stated.

Tonight, series 11 begins on BBC One, as Neville and the team work together to try and get to the bottom of a kidnapping that has ended in a murder.

The actor recently spoke to Metro.co.uk, opening up about the importance of portraying Neville’s character authentically in the series, given the inspector has allergies, anxieties and possibly OCD.

‘I’ve been asked a couple of times “is Neville still struggling with his allergies?”. He hasn’t overcome it because that would be far too easy. A character must start somewhere and go somewhere,’ he said.

‘They are definitely dialled back in this series, but you have to think about whether the character is protected. You can’t just suddenly forget he’s got these allergies; we think about this very carefully. Neville is not a hypochondriac; he genuinely has had a lot of hurdles to overcome.’

Series 11 of Death in Paradise begins tonight at 9pm on BBC One.