Warner Bros. Discovery is moving aggressively into the free streaming, or FAST space, after removing a glut of titles from HBO Max.

This comes as more shows are being removed from its streaming service including Raised By Wolves, Head of the Class and The Time Traveler’s Wife as well as reality shows FBoy Island, Legendary and Finding Magic Mike.

The company is taking these shows, most of which were previously known to be canceled (only Finding Magic Mike is newly scrapped), off the platform and instead put together a package of shows to license to third party FAST channels.

While many of these shows are produced by other studios including the likes of Scout Productions and STX, sources said that arrangements have been made, even if complete deals haven’t been closed.

Westworld, the Warner Bros. TV-produced series that Deadline revealed was being lined up for free streamer, is also among this list of show, alongside The Nevers.

Meanwhile, the rights to Gordita Chronicles, Love Life, Made For Love, The Garcias and Minx, which have been canceled, are reverting to the producers and studios behind them. The company said that it is speaking to studio partners about opportunities to “further expand the reach of the shows, including but not limited to licensing the series to third party FAST platforms”.

However, sources have noted that these companies, including the likes of Lionsgate, are free to do what they wish with these shows, including sell to rival pay streamers.

Warner Bros. Discovery also noted that it will reveal additional details of its “own long-term WBD FAST offering in 2023”.

Westworld creators Jonathan Nolan and Lisa Joy said, “We are incredibly proud of Westworld and the remarkable work of our cast and crew.  We are excited to have the opportunity to welcome a whole new audience to our show.”

All of this comes as the company revealed that it took a bigger write off on content and development than it initially expected. In an SEC filing, it noted that this has gone up from up to $2.5B to $3.5B with restructuring and impairment charges related to the WarnerMedia-Discovery merger now costing up to $5.3B.

“All those write offs… we didn’t take one show off a platform that is going to help us in any way,” he added on a recent earnings call.

Other titles removed from HBO Max this year include scripted series such as Camping, Mrs. Fletcher, Run and Vinyl and reality series such as Ellen’s Next Great Designer and Generation Hustle as well as a slew of animated series.

It also killed the in-production Batgirl film, scrapped J.J. Abrams’ HBO drama series Demimonde, which was reported to have a budget of mid-$200M, as well as slashing series such as The Big D, Chad and others on the Turner networks side. 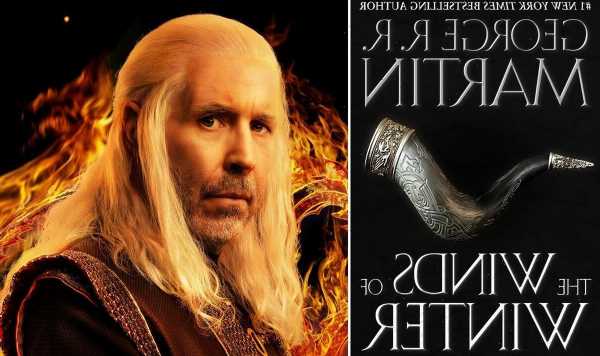 Previous post Winds of Winter: House of the Dragon creator on GRRM spoilers