During a sketch about Naked Attraction – a show which invites participants to pick a date based on the appearance of other naked contestants – Jon introduced three men, who were standing behind curtains. As he walked along the line, he described the feet of each man but Rachel Riley was left horrified when Jon pulled back the curtain of the third box. The Countdown host failed to find the words to describe the shock at what she had just seen.

Describing the man behind curtain three, who was only showing his feet, Jon commented: “And there you can see is a classic, looks like a cotton-rich black sock there.

“Pulled up, the guy’s got respect for himself, he doesn’t want cold ankles.

“I think we are expecting to see here just an average, normal guy.”

Jon then proceeded to pull back the green curtain which revealed a man wearing the same checked shirt and red cardigan as he was. 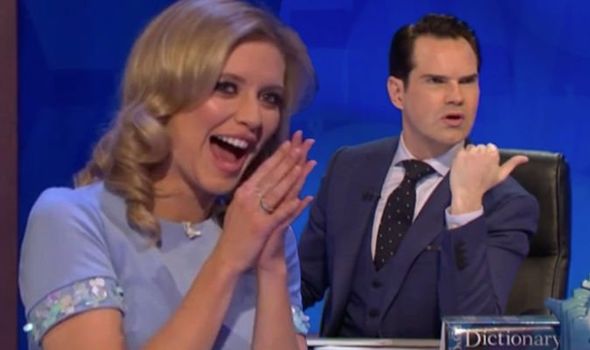 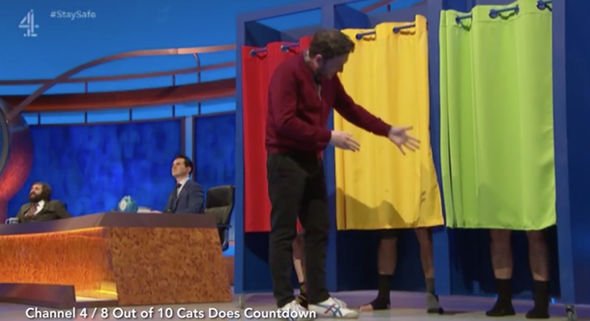 However, in a surprise turn of events, the man was naked from the waist down.

Jon shook the man’s hand to welcome him to the show as the audience burst into laughter.

The man’s genitals were pixelated out so viewers couldn’t see, however, they would be visible in the studio.

The camera panned to Rachel who could be seen open-mouthed as she clasped her hands together in shock. 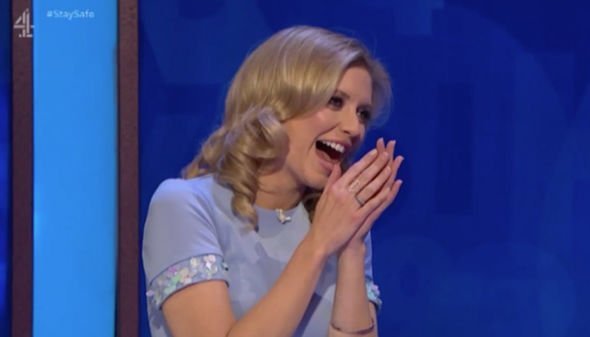 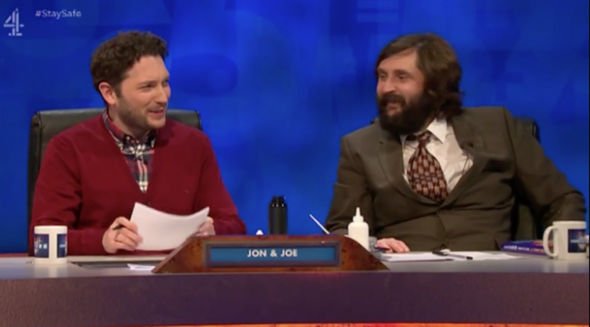 She was not asked for her take on what had just happened but it’s clear she wasn’t expecting to see so much.

Wrapping up the segment, Jon returned to his seat and was unfazed by the shock he’d just delivered to his colleagues.

“That was a lovely cardigan he had on wasn’t it?” he remarked.

Host Jimmy Carr asked: “Sorry did the last guy have his d**k out?”

“I think I would have noticed if he had his d**k out Jimmy,” Jon hit back at the presenter.

Wanting to know more, Jimmy probed: “And that will be on our screens?”

“Sometime in the next never,” Jon replied as the studio audience continued laughing.

Earlier this week on Countdown, Susie Dent left host Nick Hewer red-faced as she corrected a blunder he made.

Nick asked Suzie: “Are you a good suduko player?”

However, the dictionary corner presenter corrected his pronunciation, telling him: “Sudoku, Nick.”

8 Out of 10 Cats Does Countdown airs Friday on Channel 4 at 9pm.