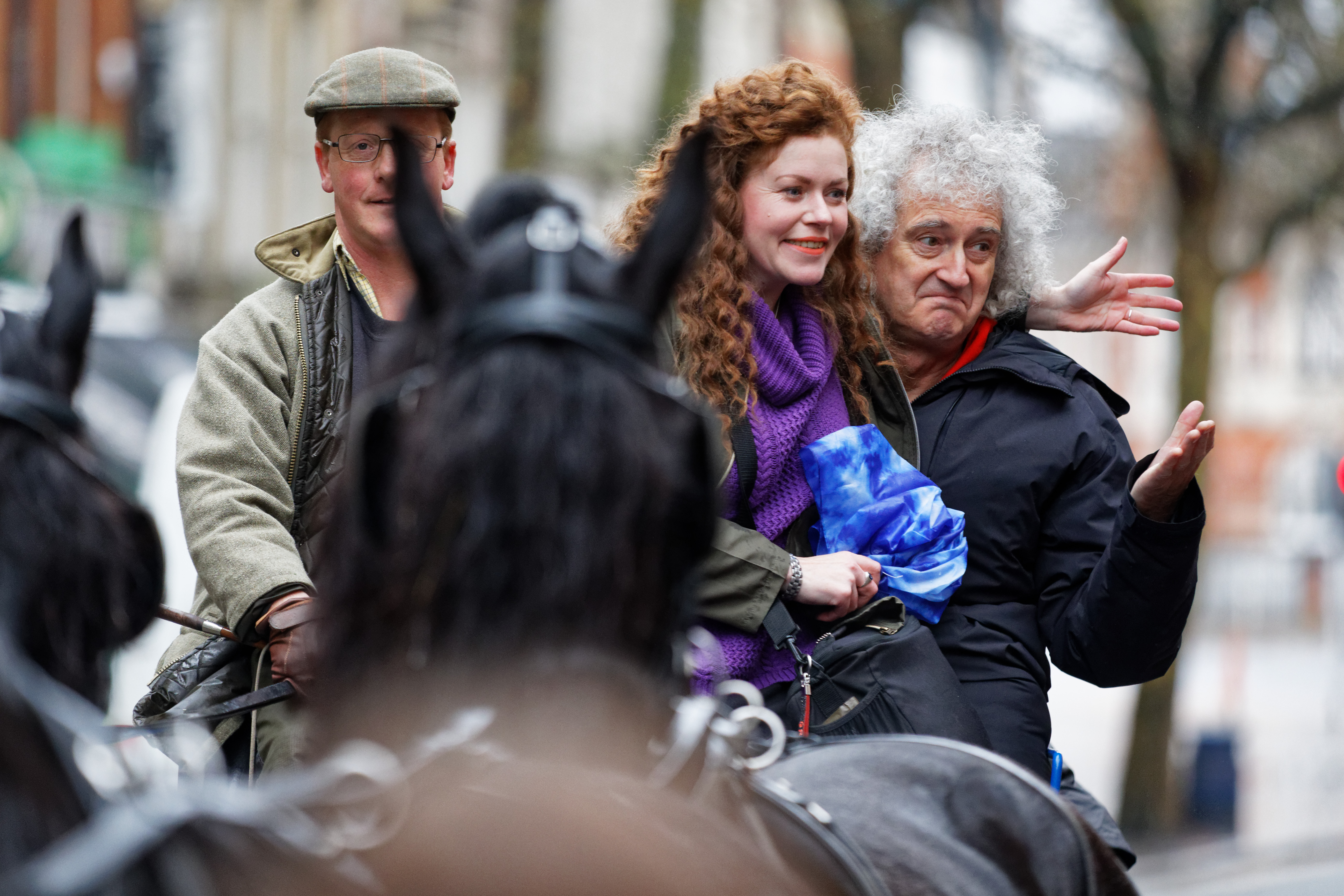 He said yesterday: “Bloodsports belongs in the last century and not this one. I think the world is waking up

“Clean boot hunting is nothing like the traditional tearing apart of foxes on Boxing Day.

More than 80 “bloodsport” hunts were held across the country yesterday, including Matching Green, Essex.

May chatted with fans at the hunt and pulled mother-of-two Grace Powell onto his horse-drawn cart after remarking on her long curls. 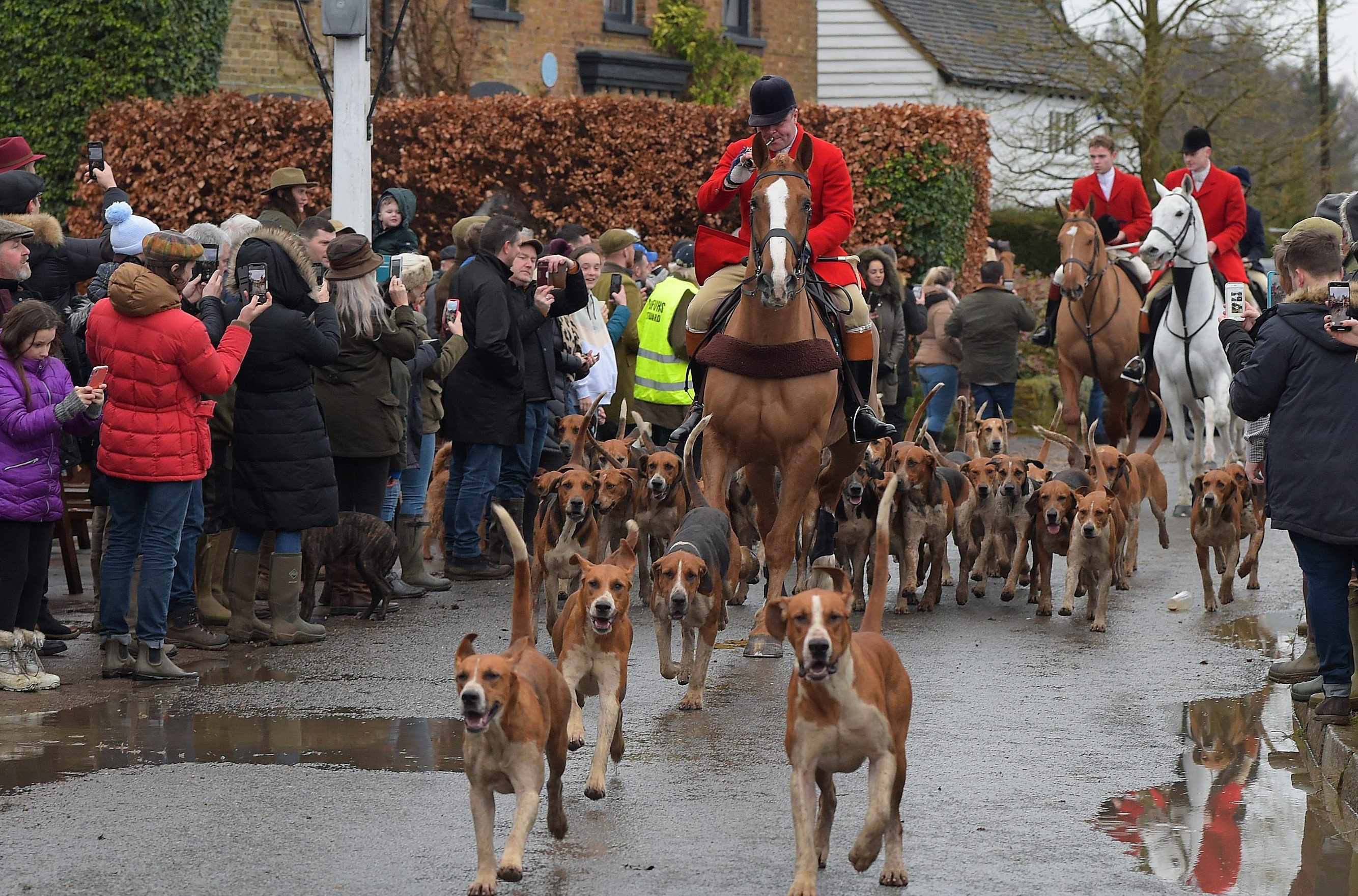 Lifelong Queen fan Mrs Powell, 33, said: “Brain said we were like twins because of my curls.

“He was a perfect gent, but was great to have a chat and hug from him. It made my Christmas.”

Carmarthenshire Hunt Master Byron said: “It is brilliant that Brian has come all the way her to support us.

“It is a traditional Boxing Day hunt but the difference is that we chase a human runner father than a wild animal.