Breaking News
Ruthie Henshall left in tears as she details camp struggles after I’m A Celebrity exit
‘The Flash’ Halts Production After Positive Coronavirus Test
Kim Kardashian & Son Saint, 4, Get Into The ‘Christmas Spirit’ Driving Through Epic Holiday Light Display
This Video Of Chris Evans Getting Scared On Thanksgiving Is The Best Holiday Gift
Skip to content

Tommy Egan (played by Joseph Sikora) had more than his fair share of ups and downs during his six-season run in Starz drama Power. Alongside righthand man and drug kingpin James ‘Ghost’ St Patrick (Omari Hardwick), the pair’s relationship was pushed to the limit more than once with only Tommy making it to the end of the series alive. And while Ghost’s son Tariq (Michael Rainey Jr) returned to screens earlier this year in Book II: Ghost, there’s been little word on when Tommy will pop back up in Book IV: Force – until now.

Starz announced almost right after the divisive Power finale that the universe would continue in a series of spin-offs.

Book II: Ghost focusses on Tariq’s mission to have his mother Tasha (Naturi Naughton) freed from prison after she took the fall for his murder of Ghost.

Power Book III: Raising Kanan explores the teenage years of the villainous Kanan (50 Cent) prior to his introduction in the main Starz series.

While Book IV: Force picks up where Tommy left off – fleeing New York for a new life on the West Coast. 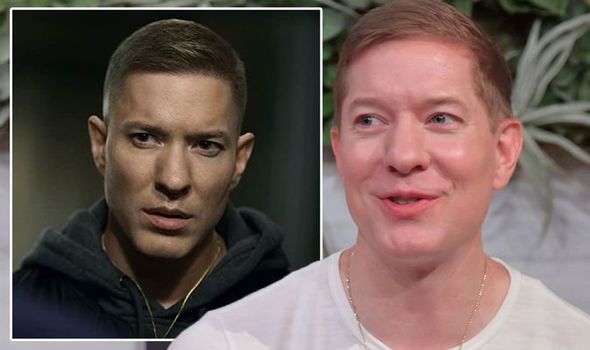 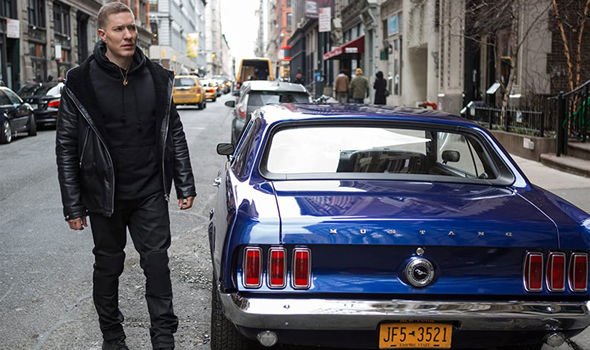 However, with the coronavirus pandemic continuing to cause complications to television production across the globe, fans have been starved on information as to when they’ll get to see Tommy back in action.

Actor Sikora has done his best to reassure fans now, however, when replying to one of his Instagram followers.

The update came after Sikora shared a snap of himself as the character of Tommy on a recording behind the scenes of Power.

One fan replied to ask about a Book II appearance, predicting: “I’ll see you on power book 2 ghost! Episode 8 or 9. Let Tommy get word from Sax (@shane_m_johnson) they are trying to play him as he killed Ghost.” (Sic) 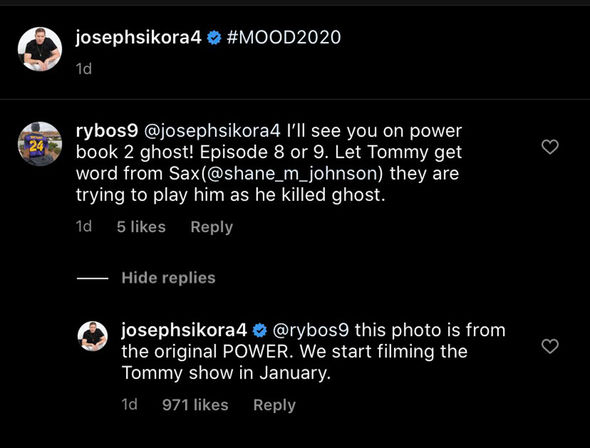 However, Sikora dampened the fan’s theory, but shed light on when Book IV will resume filming.

“This photo is from the original POWER,” Sikora said. “We start filming the Tommy show in January.”

Inevitably, it didn’t take long to voice their excitement at the news – with the comment receiving almost 1,000 likes within 24 hours.

“I can’t wait for the Tommy show!!!” One fan weighed in. “Ur absolutely my favourite character. I’ve been sick ever since u road off into the sunset in the blue thang.”

A second echoed: “The amount of happiness that brings to my soul is out of this world! Book 2 just isn’t the same without you!”

“Don’t play with our emotions,” a third follower added to the conversation.

While a fourth commented: “Oh so that is true sooo cool. I can’t wait to see it.”

With a fifth replying: “Can’t WAIT!! Please bring Ghost back on your show!”

While he may have updated fans on when filming for Tommy Egan’s spin-off will start, sadly there was no word on a release date.

However, it looks likely Book IV could air on Starz and Starzplay in late 2021.

But will Tommy be popping up in Book II: Ghost to reunite with Tasha and Tariq in the meantime?

Fans will have to keep their eyes peeled to find out.