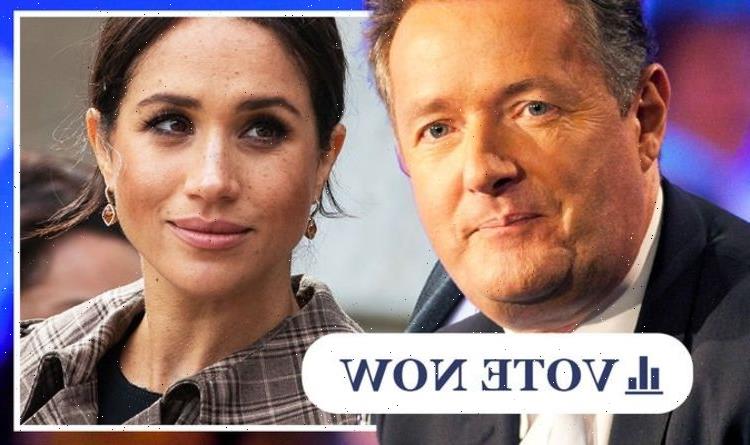 The ruling is monumental for modern-day understandings of freedom of speech in the world of journalism and television.

Ofcom officials wrote: “The interview between the Duke and Duchess of Sussex and Oprah Winfrey contained serious allegations and it was legitimate for this programme to discuss and scrutinise those claims including their veracity.

“Ofcom is clear that, consistent with freedom of expression, Mr Morgan was entitled to say he disbelieved the Duke and Duchess’s allegations and to hold and express strong views that rigorously challenged their account.

“The Code allows for individuals to express strongly held and robustly argued views, including those that are potentially harmful or highly offensive, and for broadcasters to include these in their programming.

“The restriction of such views would, in our view, be an unwarranted and chilling restriction on freedom of expression both of the broadcaster and the audience.”

But swathes of fans of the Duchess expressed their dissapointment with the decision.

One person wrote: “Shows you how important anyone’s mental health, bullying and slander are to their “code’”. Quite disgusting really.”

After the Ofcom ruling this morning, Piers took to the internet to celebrate his victory.

He wrote a personal column, which stated: “Ofcom’s vindication of me is a resounding victory for freedom of speech and a resounding defeat for Princess Pinocchios who think we should all be compelled to believe every fork-tongued word they say.”

He also tweeted: “I’m delighted Ofcom has endorsed my right to disbelieve the Duke and Duchess of Sussex’s incendiary claims to Oprah Winfrey, many of which have proven to be untrue.

ITV’s Royal Editor Chris Ship tweeted: “So what does @ITV do about @piersmorgan’s job at @gmb now @Ofcom has cleared the programme and the TV network of a breach of the broadcasting code?”

Do you think ITV should rehire Piers Morgan as host of GMB? Vote in our poll and share your thoughts in the comments section.

In the Oprah interview that began the whole controversy, Meghan opened up about her mental health struggles during her time as a working royal, saying she “didn’t want to be alive anymore”.

In response, Piers refuted the Duchess’s claim that her plea for help to Buckingham Palace was rejected.

He said on GMB: “Who did you go to? What did they say to you? I’m sorry, I don’t believe a word she says.

“I wouldn’t believe her if she read me a weather report, and the fact that she’s fired up this onslaught against our royal family, I think is contemptible.”

Mental health charity Mind condemned Piers’ comments at the time, releasing a statement which read: “We were disappointed and concerned to see Piers Morgan’s comments on not believing Meghan’s experiences about suicidal thoughts today.

“It’s vital that when people reach out for support or share their experiences of ill mental health that they are treated with dignity, respect and empathy.

“We are in conversations with ITV about this at the moment.”

On the following day’s GMB show, Piers clarified his position on the matter, saying: “When we talked about this yesterday, I said as an all-encompassing thing, I don’t believe what Meghan Markle is saying generally in this interview, and I still have serious concerns about the veracity of a lot of what she said.

“But let me just state on the record my position about mental illness and on suicide.

But he later stormed off the set during live broadcast, after co-host Alex Beresford, said that Piers was “cut off” by Meghan and “continues to trash her”.

What was your opinion on the drama that unfurled? Let us know by commenting below.