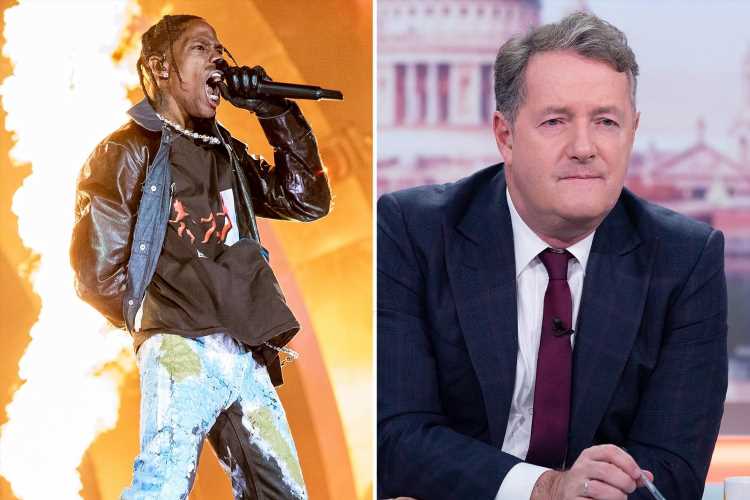 PIERS Morgan says Travis Scott has the 'blood of dead fans on his hands' after 'years of reckless behaviour' in a scathing assessment of the Astroworld tragedy.

Eight people were killed and hundreds more injured during the rapper's performance at his festival in Houston, Texas, on Friday night. 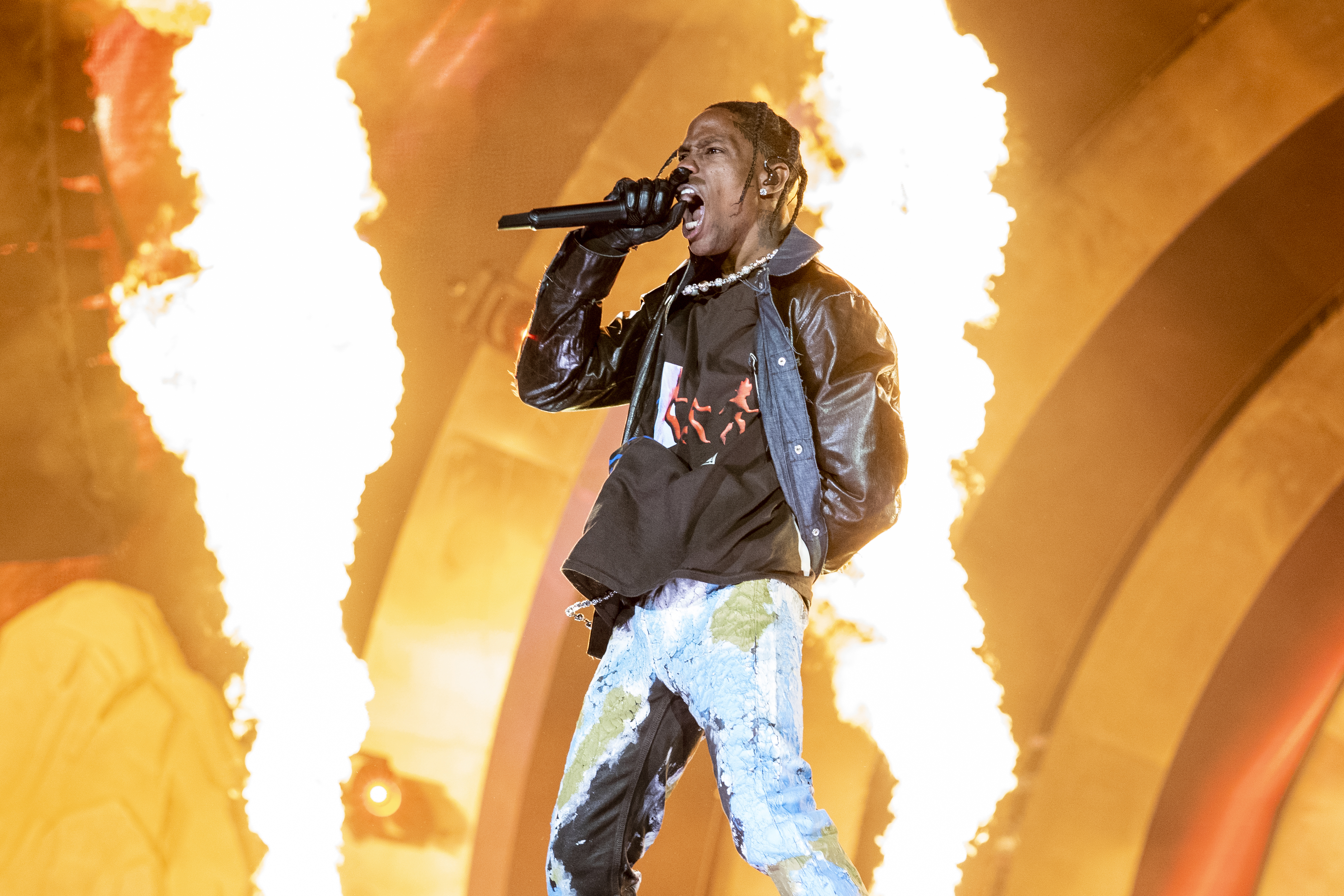 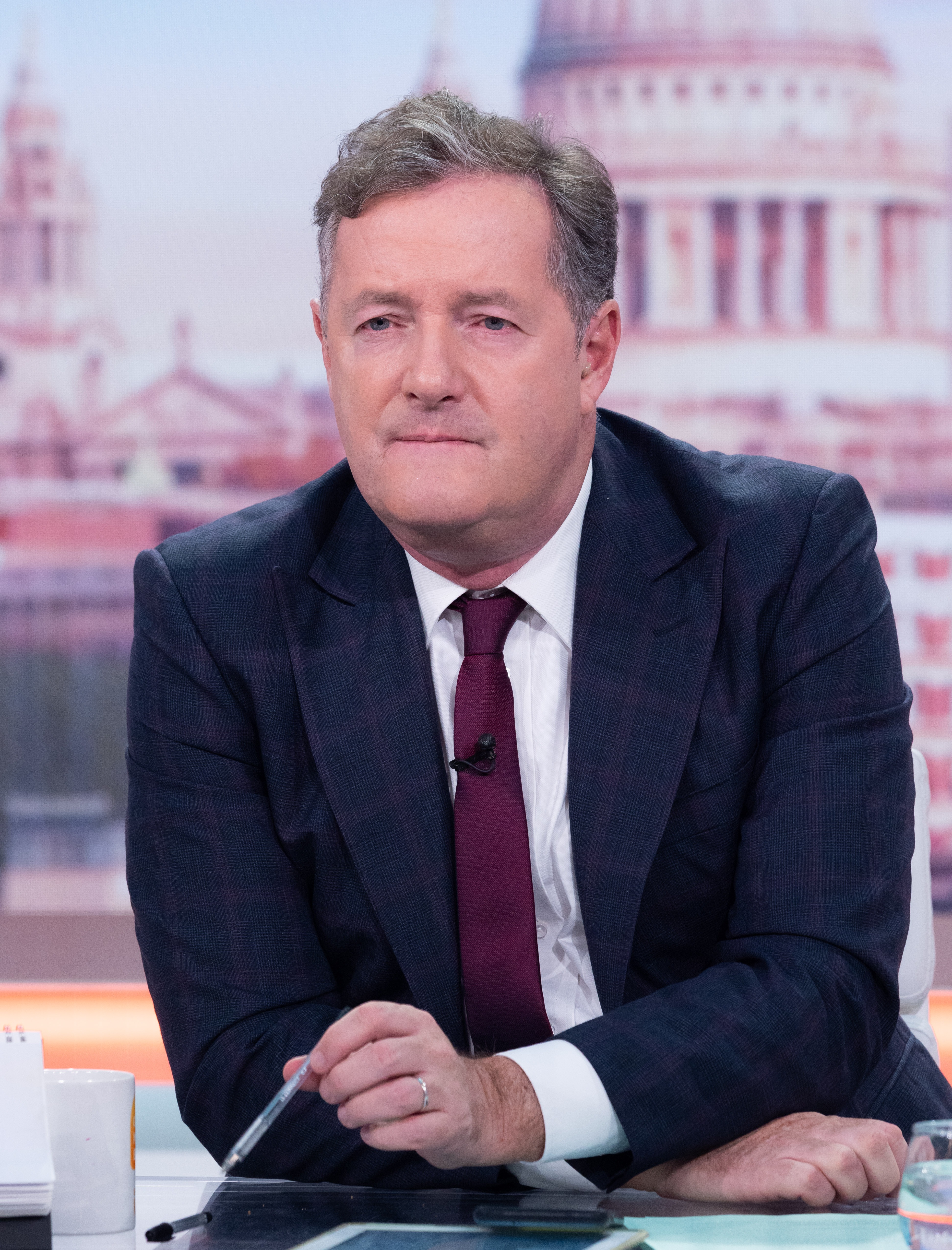 While Scott, 30, issued a grovelling apology on Instagram after the devastating incident, Piers slammed it as "weasly words" and claimed the disaster was inevitable given the star's track record of inciting chaotic behaviour at his gigs.

Writing for the Mail, he said: "And forgive me if I find Mr Scott's shocked disbelief to be a load of disingenuous self-protective claptrap.

"If there was one nailed-down guarantee, it was that something terrible like this might one day happen at one of his concerts.

"This is a man who thrives on chaos and mayhem during live performances."

During his ill-fated set, Scott told the hyped audience: "I want to see some rages. Who want to rage?"

And he continued to perform after an ambulance entered the arena to help those caught up in the deadly crowd surges.

Drake had joined Scott on-stage at the concert – which was live-streamed by Apple Music.

Scott stopped a number of times during his 75-minute performance when he spotted fans in distress near the front of the stage.

He reportedly asked security to make sure they were all okay and get them out of the crowd safely.

The rapper's pregnant girlfriend, Kylie Jenner, was watching his set – sharing backstage videos and clips of the crowd on Instagram before the tragedy.

Piers referenced the rapper's track Stargazing in which he says mosh pits are only worthy of the name if there are injuries.

He also reflected on Scott's previous disregard for crowd safety when he encouraged fans to leap barricades at Chicago's Lollapalooza.

Scott went on to plead guilty to reckless behaviour, however, a similar incident occured two years later when he performed at Walmart Music Pavilion in Arkansas.

On that occasion he pleaded guilty to disorderly conduct and paid $7,465.31 fine.

Piers finished by writing: "For years, Travis Scott has extended his middle finger to crowd safety and security.

"On Friday night, that shamefully reckless attitude to the welfare of his own fans led to a deadly disaster.

"He can pretend he's shocked and can't believe it happened.

"But these are the weasly words of a man now facing civil and possibly criminal court action, desperate not to be blamed for crowd activity that his incendiary rhetoric for many years has encouraged.

"Travis Scott has the blood of his dead fans on his extended middle finger."