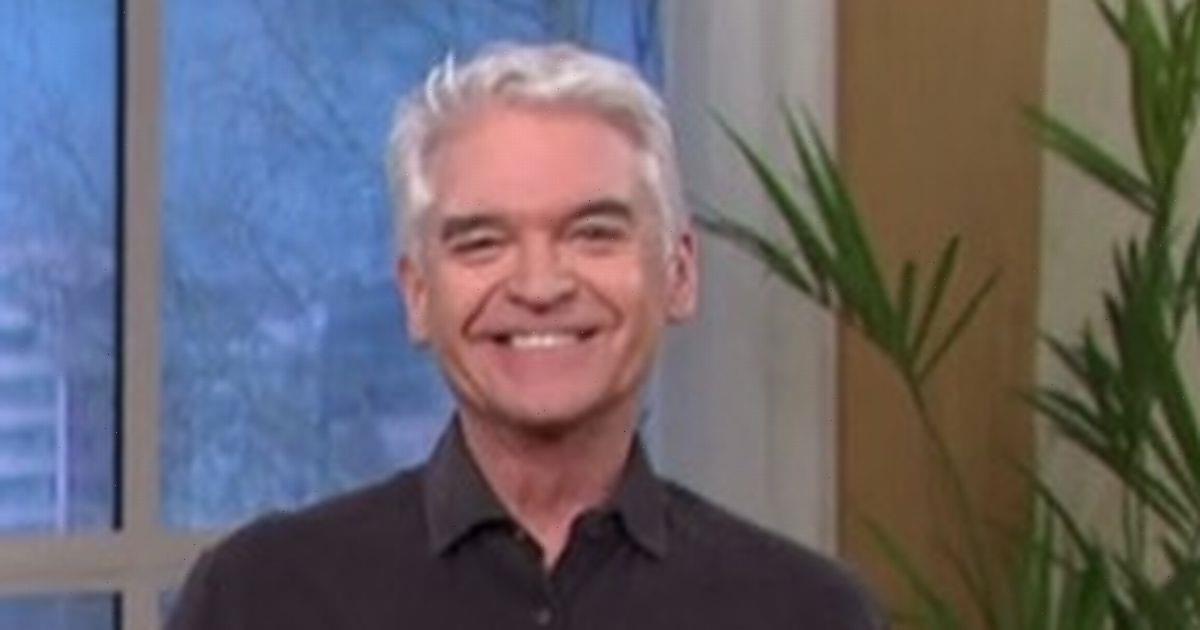 Phillip Schofield was sweetly surprised by his wife Stephanie Lowe and their two daughters Molly, 29, and Ruby, 26, at This Morning on Wednesday.

Taking to Instagram, the presenter, 59, who has been celebrating his 40th year in television, shared a picture of a stunning bouquet of sunflowers sent by his family.

Phillip penned: "40 sunflowers just arrived at work from Steph and my girls to mark my telly anniversary! My fave flower [heart emoji] thank you xx."

The ITV star also found a special way to honour the bouquet of flowers during Wednesday's This Morning as he managed to place them on TV during a segment.

Posting the moment to Instagram, Phillip wrote: "Put my flowers on the telly" followed with a smiling emoji.

It comes after Phillip opened up about his relationship with wife Stephanie as she surprised him live on-air earlier this week.

On Monday 21 February, Phillip was shocked to discover Lorraine Kelly and his colleagues at ITV had arranged for a special "This is Your Life" style show to mark his 40th year in television.

The hour-long programme was hosted by Lorraine in her usual slot, and saw Phillip being surprised by colleagues past and present as they turned out to celebrate their friend.

But dad-of-two Phillip appeared to be most touched as his wife Steph and daughter Molly appeared via video link to discuss their close bond and what he is really like behind-the-scenes.

After Steph and Molly popped up on screen, Lorraine asked Steph about her “brilliant relationship” with Phillip and what the key to his ongoing success is.

Steph laughed as she replied: "I don’t have a clue! No, your previous guests have hit the nail on the head."

Steph, who explained their other daughter Ruby also sent her love and congratulations, continued: "He’s genuinely interested in people and is always reading the news and keeping up on everything. And he’s good fun!"

Dancing On Ice host Phillip then took the opportunity to speak movingly about what his family mean to him, as well as how things have changed in their lives since he bravely came out in February 2020.

Phillip revealed: "[They mean] everything. Absolutely everything. We’ve obviously, clearly, had changes in our lives but I’ve said that it’s always us four, but slightly different."

He then singled out his wife of almost three decades, crediting her for being his "rock" throughout his life and career.

Phillip said: "Steph has been the most incredible foundation, support and rock throughout my whole career."

He sweetly added: "And my girls, I couldn’t be more proud of. We are a family and it works."

For more daytime TV moments, sign up to our daily OK! Newsletter.