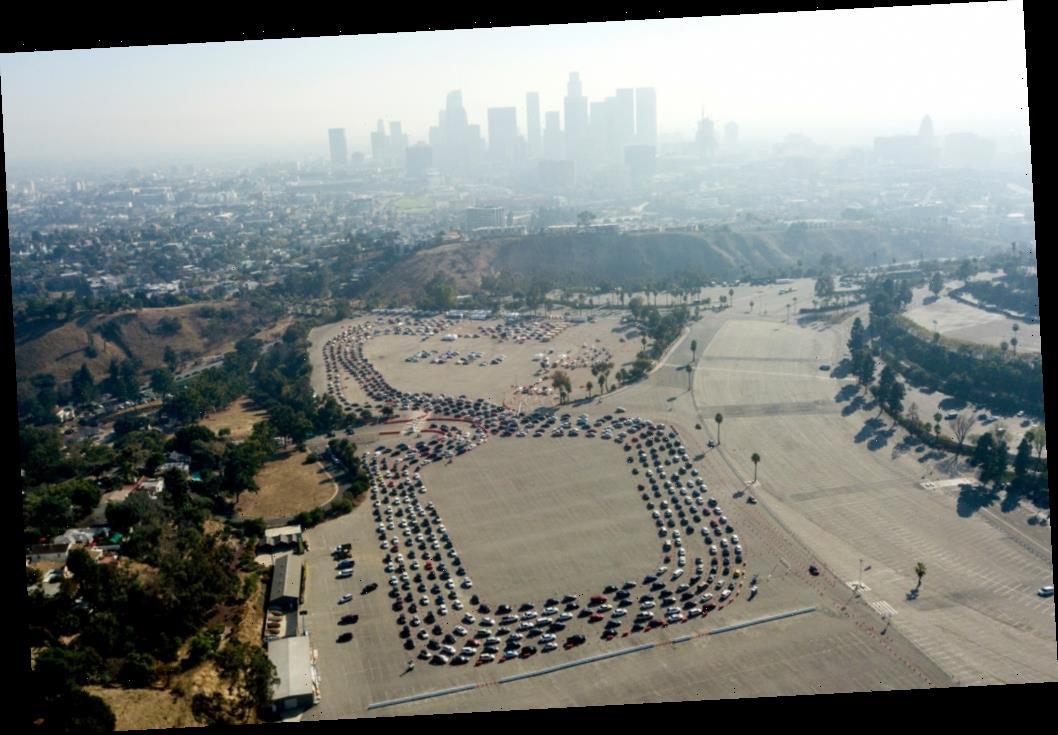 The line was long, and I felt the stir of excitement as I edged toward the front. “It’s like the first Iron Man movie,” says the guy behind me, adjusting his mask, “but that ticket was easier to get.”

This wasn’t about a Marvel thriller, we knew. We were on a vaccination line, with the tents lined up in long rows, jabbers at the ready, needles in hand.

Welcome to Hollywood 2021, with production starts hovering in the balance, careers in limbo and rumors pervading the ranks of the power players: Are lines being jumped in return for “donations”?

Is the rollout of vaccinations as vexing as it seems? “I’m afraid to tell anyone what I do for a living,” confides one friend who recently became a Covid adviser on a streamer.

Full disclosure: I did my combat duty this week. I got the shot but made the mistake of talking about it. ”Did you jump the line?” I’ve been asked. “How much did it cost you?”

Actually, I’m clean. I got my vaccination with a few thousand others. But I realize that the lines for shots are tortuous (250 million waiting their turn) with the computer glitches as exasperating as the protocols (I’m old, that helps). Appointments are confirmed, then canceled. “Your second shot may be even more of a challenge, but you should do it in case new variants appear,” advises Dr. Fauci, immortal for his ubiquity as well as his ambiguity.

“From soup to nuts, the whole process has fallen apart,” observes Dr. Gregg Gonsalves, a medical ethicist who admits to guilt because he qualified ahead of his 86-year-old mother. “Survivors’ guilt is becoming a major problem,” says Stephanie Hall of Keck Medicine at USC.

The priority list is famously controversial, but the results are clear. If you’re wealthy enough to live on Fisher Island in Florida (the nation’s wealthiest zip code) you and your neighbors get the shot. If you’re ambulant in Alaska you’ll likely score one; if you’re of color, expect to be vexed by your vax as the virus death rate for Blacks is twice that of whites.

Los Angeles has been a particular mess. A week after mass vaccinations started at Dodger Stadium, protesters shut it down – they were hostile not to the criteria but to the vaccine itself. “Scamdemic,” screamed the signs.

“These protesters are insane,” observes one showrunner with a streamer lined up for Netflix. His show, like others, has become inured to the start-and-stop rhythms geared to testing. Covid advisers stay pinned to their computers, prepped for dire warnings. Since Tom Cruise’s famous blowout in London, stars, too, are manic about Covid protocols – at least those who are working.

Hollywood’s denizens are not widely listed under “essential worker” guidelines but the assembly line needs them. Careers are at stake, and in Hollywood there are always people with hot tips. A donation of a few thousand bucks can elicit instant recognition at some “charitable” organizations. If you’ve had one shot and, two weeks later, become desperate for a second, a source can be found but it may entail a drive to a place you’ve never been – Beaumont, CA or Wasilla, AK.

Then there’s the more exotic Knightsbridge Circle, the London travel service that can fly you to the Emirates and even throw in a desert safari (membership in the service is pricey). Dubai has become the Casablanca of Covid thanks to its vax-friendly travel services. “My AmEx Black Card is ready and I am ready to travel,” says one talent agent.

There are also more mundane points of access. Allegedly, according to reports, the Overlake Medical Center in Bellevue, WA and the Morse Life Health service in West Palm Beach, FL have been hospitable to donations of $10,000.

At the official vaccination centers, however, priority lists complicate procedures. Oregon officials admit their alarm at data showing that people over the age of 60 account for 90% of Covid deaths, yet the state is vaccinating teachers of any age before seniors. In New Jersey, regulations place heavy smokers toward the front of the line.

I can afford to view all this with some detachment, of course, since I’ve already waited in line and received my shot. Well, not really. California may run out of vaccine again, or re-assess its protocols. Vaccines will now be shipped to Walgreens and CVS, but their phones are problematic even in normal times. My computer has yet to volunteer information about my next shot, or about the next mutations against which it may afford some protection. Dr. Fauci, at least, can be counted on for his dependability. Or at least for his ubiquity.