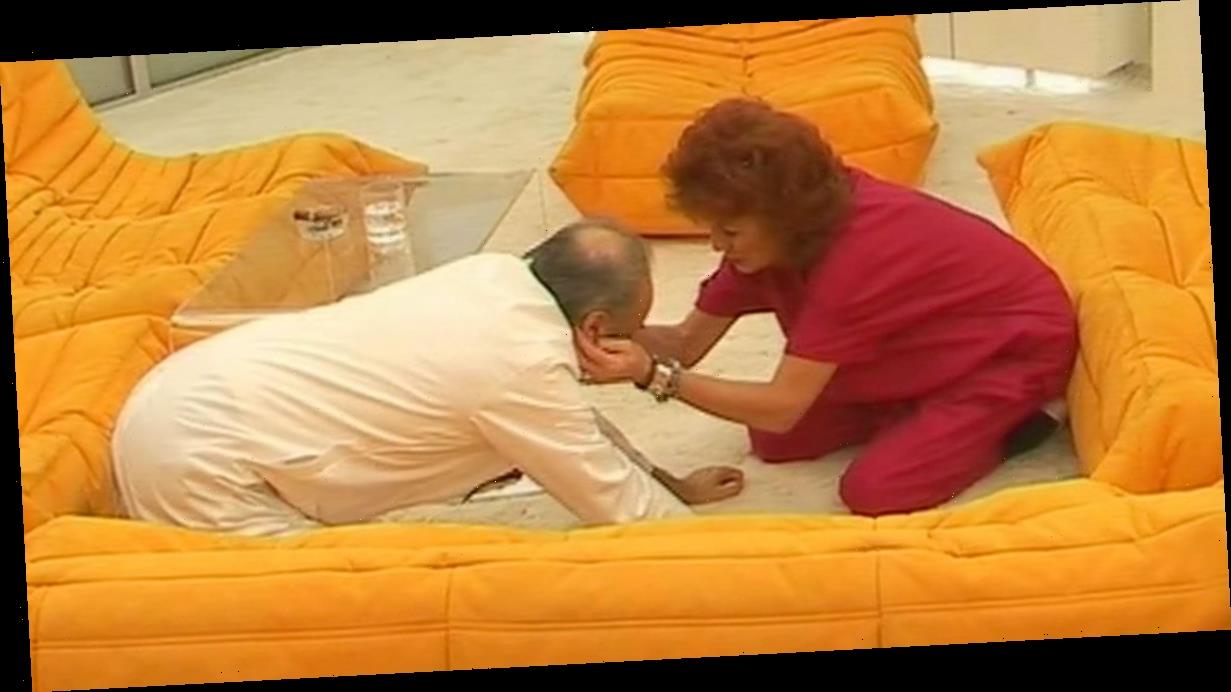 During Saturday night's instalment of Paul Sinha's TV Showdown, viewers were left in a state of disbelief when ITV decided to play the infamous Celebrity Big Brother throwback clip.

Richard Madeley joined Josie d'Arby with their captain Fay, while John Thomson and Emilia Fox teamed up with Rob with the hopes of being crowned the show champions.

Viewers at home may have been left feeling excited after discovering who was on the lineup, but one specific clip didn't go down too well.

Those watching at home were treated to perhaps one of the most famous Celebrity Big Brother clips in history, which saw Scottish MP George Galloway, purr like a cat.

During the infamous house task, George, 66, was seen pretending to lick cream from the hands of Rula, 73, while pretending to be a cat.

Their questionable roleplay started with George saying: "Now would you like me to be the cat?" while Rula went on to say: "Pussy, pussy, pussy, it's okay, it's okay."

While the scene may be one of the most famous moments in Big Brother history, those who tuned in to watch Paul's quiz show took to social media to share their views are feeling uneasy.

"The most disturbing thing I've ever seen is George Galloway being a cat for Rula Lenska on Celebrity Big Brother #tvshowdown," said one viewer.

While a second went on to add: "Galloway and Lenska, it's like early disturbing ASMR isn't it #tvshowdown."

Rula is now known for her role as Claudia on ITV's Coronation Street, she is still reminded of the haunting scenes which aired back in 2006

She said: "That cat scene will follow me to the end of my days."

The actress who hasn't spoken to co-star George since their stint in the Borehamwood house went on to say: "It was a completely innocent improvisation. But it was shot in such a way to make it look sexual and provocative, which it wasn't."

However, Davina McCall who hosted the programme back then said: "He wasn't even purring, he was growling in a very sexual way."