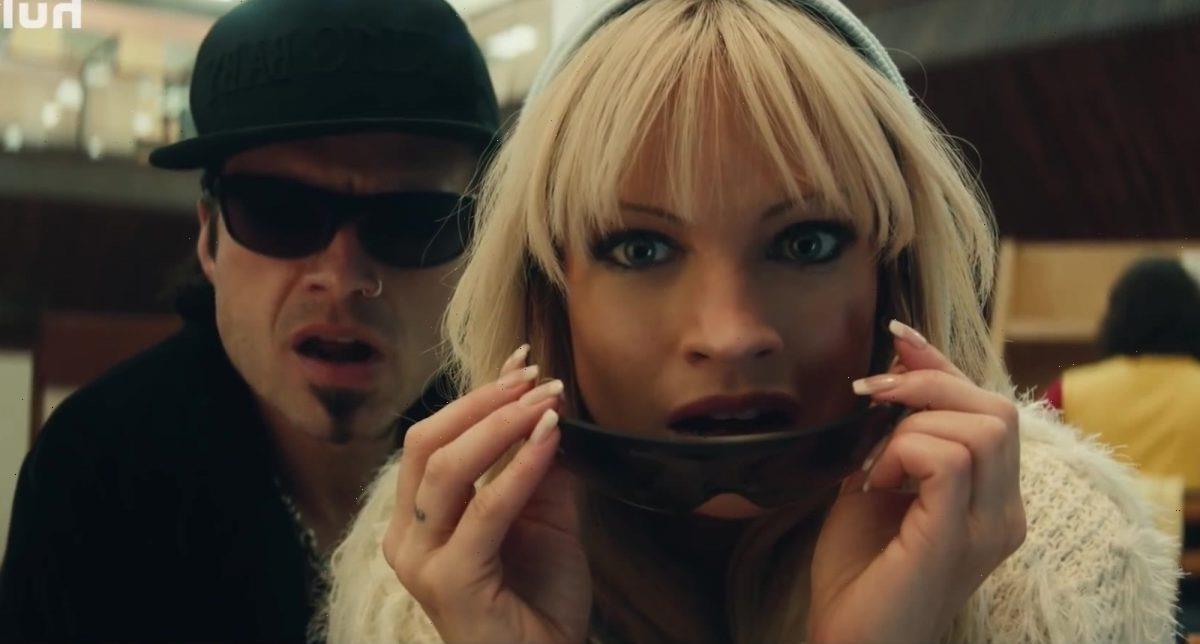 Pamela Anderson became one of American TV’s biggest bombshells starring in the acclaimed series Baywatch. She soon found love with Mötley Crüe drummer Tommy Lee. The Hollywood celebrity couple was put under the spotlight when their private sex tape was made public. In Hulu‘s Pam & Tommy, Sebastian Stan plays the role of Lee and admits he never knew the full story surrounding one of Hollywood’s biggest scandals during the internet era.

The Hulu miniseries has opened audiences’ eyes to the backstory behind Hollywood’s first viral celebrity sex tape. While Pam & Tommy holds on to the scandal that changed Anderson’s career and public image, the series looks to flesh out common misconceptions behind events. The series begins as two celebrities meet at a nightclub and almost instantaneously fall in love and shortly get married.

Anderson and Lee’s quick wedding was a hot topic across the country. But it was only the beginning of a rocky road the two would face. Pam & Tommy chronicles their story as a disgruntled employee fired by Lee stole from the couple and unknowingly stumbled upon their private sex tape. In the rising age of the world wide web, the illegal distribution of the tape became infamous.

Sebastian Stan had no idea about the backstory to ‘Pam & Tommy’

In an interview with Entertainment Weekly, Stan explains he was shocked to learn the sex tape incident was actually a crime before working on Pam & Tommy. Before the internet, people only knew what happened after the sex tape became public and were unaware the tape was distributed without their consent.

“There’s a lot of misconceptions about it,” said Stan. “You’d heard something about it, or you thought you knew something but the truth is, you didn’t. That’s what’s being unpacked here with the show.”

Stan explains the script for Pam & Tommy was eye-opening, but it served a greater purpose than a series about two Hollywood celebrities. “These scripts were really good; they were really interesting. I thought it humanized these people and gave us a whole other look into what happened. And I was surprised by how much I didn’t know from what had happened,” said Stan.

In an interview with Variety, Stan explains that story was important to tell and helps “understand what the impact of that media tornado really was.” The Pam & Tommy actor understood how the scandal affected Anderson as a woman and a newlywed couple.

Tommy Lee and Sebastian Stan spoke prior to ‘Pam & Tommy’

Actor Lily James plays the lead role as Anderson. The Baywatch actor wanted nothing to do with the series and felt hurt having to relive the events through Pam & Tommy. James wanted to do the series to raise awareness over how the public objectifies women. While Anderson rejected a meeting with James, Stan was able to get an inside look with the help of Lee.

According to ET Online, Lee had a good feeling about Pam & Tommy thanks to Stan. “I know Sebastian, he’s playing me. From what he’s told me, really beautiful story. I think a lot of people would think it’s one thing, but it’s really about privacy and how things got crazy then. There’s different laws now,” said Lee.

The scandal broke in the mid-90s when the internet was blossoming into mainstream life. It is no surprise that Pam & Tommy’s Stan and its cast were misinformed about the details of the tape.

Nick Offerman, who plays Uncle Miltie, explains, “Because the beginning of the internet is an intrinsic part of the plot, the reason we don’t know all these details is because everything that’s happened since then, because of what this escapade set up, now we know all the salacious details of anything like this that happens. But this was just left open to hearsay and misinformation.” Pam & Tommy looks to flesh out the birth of an infamous scandal caused by a crime.