Ozark season four is currently filming in Atlanta, Georgia, USA, as fans ready themselves for whatever dark and deadly storylines lie ahead for the likes of Marty (played by Jason Bateman) and Wendy Byrde (Laura Linney). After years of narrowly escaping death in the Netflix drama, all bets are off heading into the final run, with it already being billed as the “most explosive” outing the show has ever produced. Another character fans are desperate to see more of is Ruth Langmore (Julia Garner) who has been a mainstay and fan-favourite from the very beginning.

Ruth has proved such a popular character in the world of Ozark that Garner was awarded an Emmy during this year’s ceremony for Best Supporting Actress.

And heading into the final season, it looks like Ruth is set for her most gripping storylines ever as she teams up with deranged drug queenpin Darlene Snell (Lisa Emery) to lock horns with the Byrdes and Navarro Cartel.

Exactly what will happen to Ruth come the end of the show is being kept well under wraps by show bosses, but Garner and a handful of her Ozark co-stars did discuss the series’ return during a recent virtual panel hosted by FYSEE TV.

And it’s fair to say the emotions got the better of the 26-year-old who struggled to hold back the tears when detailing how she felt returning to set. 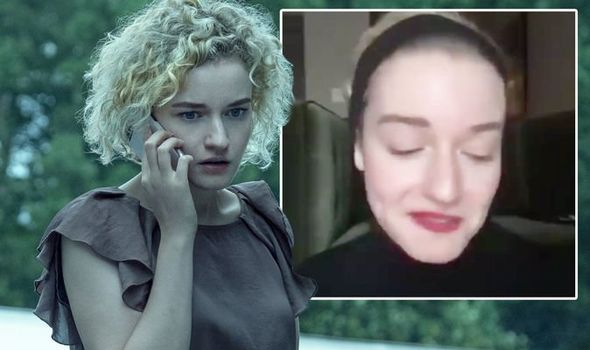 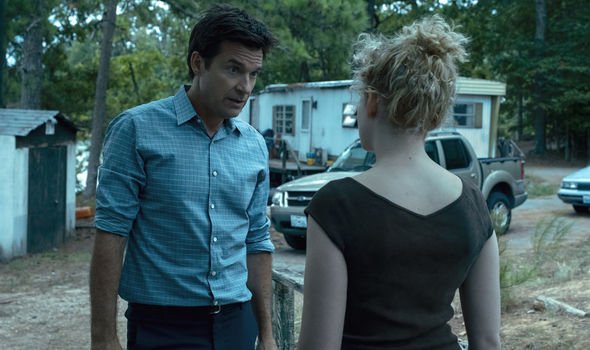 The moment came when the panel’s host Sarah Rodman turned to Garner, Linney, showrunner Chris Mundy and Helen Pierce star Janet McTeer to find out what Bateman was like as a director.

“How is Jason as a director? Is he different on the days he’s acting and directing? Did you find two different Jasons or is it the extension of the person you already knew as an actor?” she quizzed the cast.

Garner had nothing but praise for Ozark’s leading man as she replied: “Jason is wonderful and I love when he’s directing.

“I’ll keep it as simple as that, there’s really not much else to say but that. You know, at the end of the day he’s been acting forever so he has an actor’s heart.” 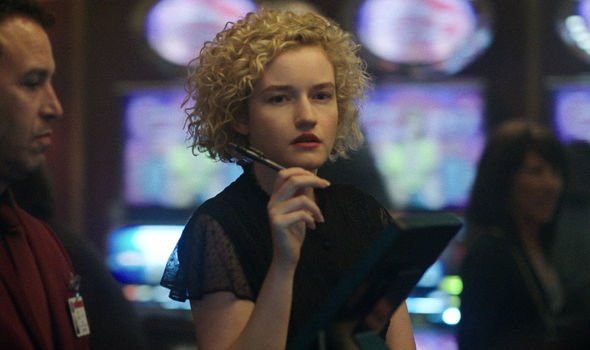 Continuing her answer and paying special mention to season four, she added: “I have to say, we’re back here shooting the next season and when I came back to Atlanta, there’s a part of me that’s like super excited,

“But also I’m just like, ‘oh, my God, I’m super depressed,’ because this show’s ending.

“This show means so much to me, and – I mean, I’m gonna cry,” Garner said as she began to get choked up.

Finishing her answer, she said: “And everybody on this show, I learned so much from them and I thank all you guys for that. Oh, my God – move on!”

Bateman, Linney, Mundy and McTeer all let out a supportive laugh and grin as the panel moved on while Garner wiped away her tears.

As mentioned earlier, spoilers and tidbits of what may happen to Ruth and the Byrdes in season four are being very close the the writers’ chests.

However, both Garner and Jonah Byrde star Skylar Gaertner have shared a peek at their preparations and return to set.

Taking to her Instagram page, Garner shared a picture of her belongings before heading to filming, captioning the post: “When your essentials are also your statement pieces…packing to be on-set for the next month @motorolaus #ad #razr #wearamask.”

Gaertner, on the other hand, revealed to his social media followers he’d had to adopt an all-new hairstyle to get back into character as Jonah.

“Well, I had to let go of the Covid hair,” Gaertner shared with his 26.2k Instagram followers.

“But I must say, it’s good to be back,” he added alongside a before and after snap of him prior to returning to filming.

Ozark seasons 1-3 are available to stream on Netflix now.