Ozark Season 3 came to a shocking conclusion, leaving fans wondering about the fate of the Byrde family and how they’re going to continue pleasing the cartel. Star and director Jason Bateman revealed how the wildly popular Netflix series could conclude after a fifth and final season. 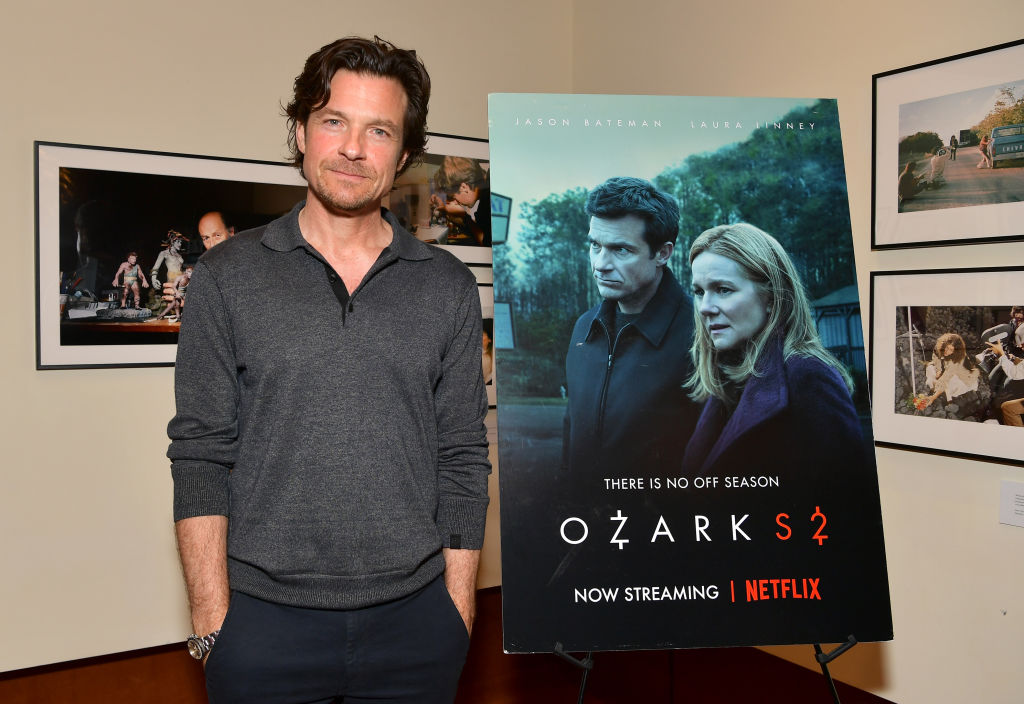 ‘Ozark’ Season 4 has yet to be confirmed

It would be quite shocking if Netflix didn’t bring Ozark back for a fourth season, considering how popular the series has become. Despite the cliff-hanger ending to season 3, another season of Ozark has yet to be confirmed. “There is not an official pickup for Season 4,” Bateman told Collider. “We’re all operating under the hope it will happen.” This is a good sign for fans, who are eager to learn what’s next for Marty Byrde.

“It’s Netflix’s norm to wait for a show to premiere and collect the data for weeks 2, 3, and 4, and see if there’s an audience there to justify an additional season,” Bateman continued. “But, I know Chris and his team are hard at work figuring out what that fourth season would be if that official pick-up lands.”

If you need to rely on loyalty, make sure it's a two way street. #OzarkS3

‘Ozark’ will likely have 5 seasons

When asked about the future of the series, Bateman didn’t have a straight answer. Instead, he deferred to showrunner Chris Mundy. Bateman did feel confident in saying Mundy knew where he wanted the story to end — he just didn’t have the road map of how to get there.

Regardless of how they get there, Bateman explained how everyone involved with the series knew that would happen in as many as five seasons. “There’s been this sort of character arc that [Mundy] has been incredible at staying on,” Bateman mentioned. “I think there’s always been the presumed area [of] three seasons, four seasons, five seasons, something like that. [Ozark] was never going to be a limited series of just 10 episodes.”

“If you keep going for a whole lot longer, you’re going to go over the cliff or up over the peak of the mountain, and you end up jumping the shark,” Bateman said. In other words, if Marty Byrde and his wife Wendy (Laura Linney) continue on the path they are left on at the end of season 3, they would either be arrested or killed. “The alternative is to flatten out that pitch so that you don’t end up jumping the shark, but then you start stalling just for additional episodes and seasons,” he explained. “So, I’m not sure where and when it’ll end, but given their intelligence, it doesn’t feel like it’s a 12-season show.”

Showrunner Chris Mundy also addressed how the series has been in talks of having five seasons. “We’ve always talked about [Ozark] as five seasons,” Mundy told The Hollywood Reporter. “It could be four — it could be seven, but [five] always seemed like a good number to us. We’re building little things in [to the storyline], if we keep on track for the emotional ending we’re guessing we’ll have.”

The coronavirus (COVID-19) pandemic could postpone future seasons of ‘Ozark’

It’s unclear whether or not the coronavirus pandemic will have an impact on the future of Ozark. As Mundy and Bateman alluded to, Ozark‘s writers are working on early drafts of scripts during this time. As for when fans will get to see another season — it could be some time in 2022. Per Bateman, the series takes 14 months to film and edit.

Up Next: Will We Run Out of Content to Watch During the Coronavirus (COVID-19) Pandemic?