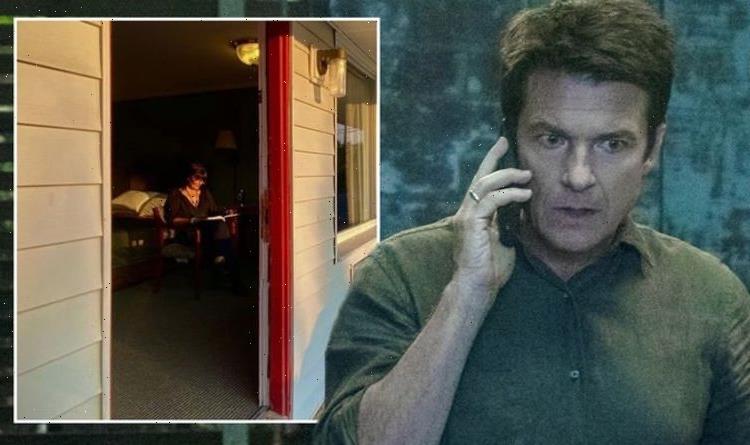 The season four release date of Ozark remains under wraps along with the secretive spoilers from the Netflix drama’s final run. As such, fans have been desperate for any new information on the new season which promises to be an explosive encounter for the likes of Marty (Jason Bateman) and Wendy Byrde (Laura Linney) and their enemies. And now, director Marsalis had revealed that, while filming is ongoing, there is only one episode to go as production edges ever closer to wrapping.

Filming for Ozark, like so many other productions across the globe, has felt the impact of restrictions as a result of the coronavirus pandemic.

Nevertheless, Bateman, Linney and the likes of Julia Garner (who plays Ruth Langmore) and Skylar Gaertner (Jonah Byrde) have been following strict protocols to ensure Ozark fans get a memorable final series.

And it isn’t just in front of the camera where the Ozark crew have been working hard, as Marsalis shared a new update on Instagram.

Published on Wednesday, September 15, Marsalis shared a snap to her 13.2k followers of her reading through production notes on the set of the Netflix drama.

She captioned the post: “On the set of @ozark. Nearly done with the 4 episodes I’m grateful to be directing this season.

“1 episode left after this for the cast and crew,” she continued before paying tribute to her colleagues.

Marsalis added: “Going to miss everyone so so much [love heart emoji]. Thanks for the photo @shawnkimdp.”

With just one more episode in the pipeline, fans will undoubtedly be hoping a release date announcement may well be on the horizon too.

But in the meantime, Netflix subscribers have the possibility of a first look at the fourth season to come later this month.

Netflix is launching its first-ever global fan event, named Tudum, will be broadcast on September 25.

The live-stream event will see more than 145 stars and creators come together to provide a day of first looks and exclusives at their respective shows.

And none other than Jason Bateman and Ozark are included in the billing, meaning another major update on season four looks right around the corner.

Bateman and Ozark’s timeslot hasn’t been revealed but the event begins at 9am PST for those in the United States and 4pm GMT for UK-based fans.

But will Bateman or any of the Ozark cast and crew shed light on what to expect for Marty in the final series?

In the meantime, a number of theories have emerged as to how season four will play out – from Jonah betraying his parents to Ruth reuniting with the Byrdes after her season three outburst.

One thing that Is for sure in season four is that Ben Davis (Tom Pelphrey) won’t be returning alive and well.

Ben was given up to the Navarro Cartel’s trusty hitman Nelson (Nelson Bonilla) by Wendy in season three – but fans never actually saw his murder take place.

Plus, the body cremated by Marty when it was returned was never shown to viewers – leading to speculation he may well still be alive.

However, showrunner Chris Mundy has spoken publicly to confirm Wendy’s brother and Ruth’s other half is indeed dead, along with Helen Pierce (Janet McTeer) and so many others who’ve crossed the Byrdes’ path.

Ozark seasons 1-3 are available to stream on Netflix now.