Fans of Outlander will remember in Monster and Heroes, Jamie (played by Sam Heughan) was bitten by a venomous snakes and Claire Fraser (Caitriona Balfe) struggled to save him as she was unsure of how to treat his injury. One of the ways she tried to extract the venom was using maggots and Sam has admitted he didn’t enjoy having them crawling over him.

Speaking on the Outlander End of Summer Series, stars of the show Sam and Caitriona were asked what it was like working with the maggots.

The Jamie Fraser actor admitted he wasn’t so keen on the critters while his co-star was “fascinated” by them.

Sam continued: “And they move so damn fast. You put them down and they are off. 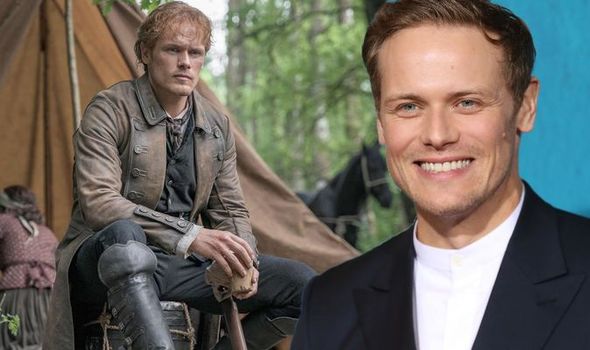 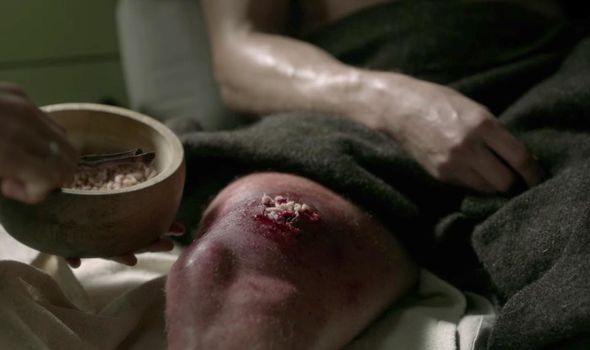 “I think you were quite fascinated by them.”

“I was,” Caitriona confirmed. First of all, they came in and they stank.

“You weren’t there at this point, it was myself and Lauren [Lyle] but they were brought in in a box and you could hear them but then this waft of rotting flesh sort of just,” she continued pulling a face.

“It was disgusting so we requested they be washed somehow. 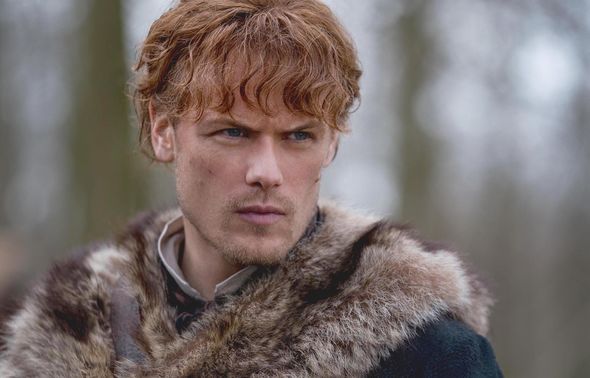 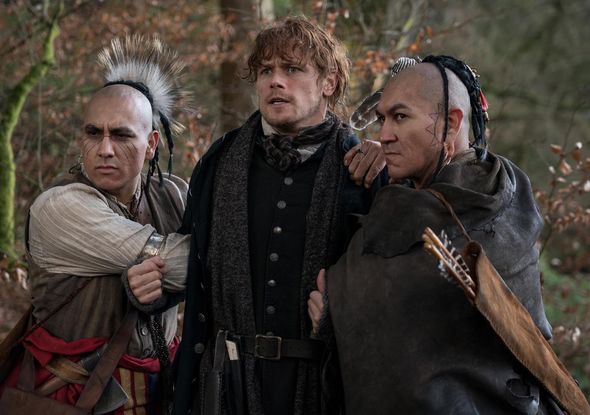 “But we also enjoyed watching you squirm a little.

“You weren’t too bad but it was when they went missing up your leg or under your legs.”

Sam confided they weren’t the easiest stars to work with adding: “So I had this prosthetic on and you can’t see where it ends so it was just kind of waiting for them to find the edge and get under it.

“I was also trying to stay in the scene but it’s hard when you’ve got thousands of little maggots charging around trying to get in every crook.”

His admission came after both he and Catiriona apologised to Lord John Grey star David Berry for being “annoying” when filming a scene with him.

When asked by a fan which scene they took a while to shoot because they were laughing, the Claire Fraser star smiled: “I think we might have annoyed David Berry one day because we were laughing so much.

Fans are currently enduring an even longer Droughtlander than usual as they wait for production to resume on the show.

But despite the wait, both cast and crew have promised the next season will be worth the wait as the MacKenzies settle in at Fraser’s Ridge and Claire tries to heal from her attack.