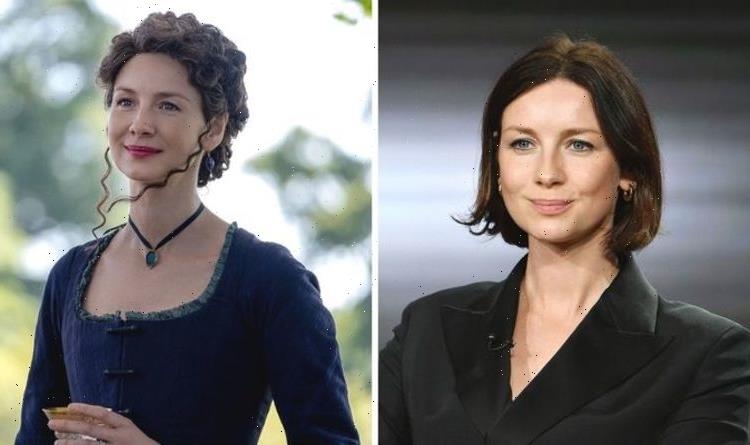 Caitriona Balfe plays the lead role as Claire Fraser in Starz’s romantic period drama, Outlander. As well as being on screen the actress shared her desire to increase her skill set and direct an episode, however Caitriona also shared the disappointments over the role.

The Outlander star revealed she would like to direct an episode of the show but hasn’t found the right time to do so.

Speaking to SheKnows the actress revealed: “In terms of Outlander I’ve been knocking on that door wanting to direct for quite some time. It’s been difficult I think.”

Caitriona was also inspired to do so while on the set of her new film with Kenneth Brannagh, and later admitted she’d love to “grow up just like him” as a director in the future.

Caitriona shared: “I was hoping I’d maybe get to do some extra scenes last season but with the pandemic and being pregnant and being in almost every scene again put a spanner in the works in terms of that.

“It’s unlikely this season I think. These things really need to be planned and I don’t think it’s happening. I’m sad about it. I would love to.”

The usual trajectory for actors is to add to their skillset and dabble in producing and/or directing.

While this wasn’t possible for Caitriona last season, the actress didn’t hint towards trying again on the following season, which could possibly mean Outlander may come to an end after the release of season six.

There are a number of key storylines fans are excited to see in the upcoming instalment of the series.

Including how Caitriona’s character Claire will recover after the traumatic experience in the season finale, which led to the death of Lionel Brown (Ned Dennehy).

Heartbreaking new challenges are anticipated for Claire and her husband Jamie, as they welcome the Christie family to Fraser’s Ridge.

The show released a first look pic of the script, where Jamie reassured Claire all would be fine, despite the uneasy feeling he had.

Jamie first met Thomas Christie (Mark Lee Jones) while they were locked up together in prison back in Scotland.

In an interview with Entertainment Weekly, Caitriona opened up about that relationship and said: “It’s very destabilizing for Claire. It’s a really heartbreaking, but a really twisted narrative that they all get embroiled in.”

She also added: “Claire and Malva build a great relationship and bond,” which could potentially cause friction with Jamie.

Outlander is the onscreen adaptation of a series of best-selling novels written by Diana Gabaldon and season six will be based on her sixth book, A Breath of Snow and Ashes.

The storyline is set to take Claire and Jamie Fraser into the years just before the American Revolutionary War.

Although the season faced some major delays due to the pandemic, thankfully, fans won’t have much longer to wait as the release date was recently announced.