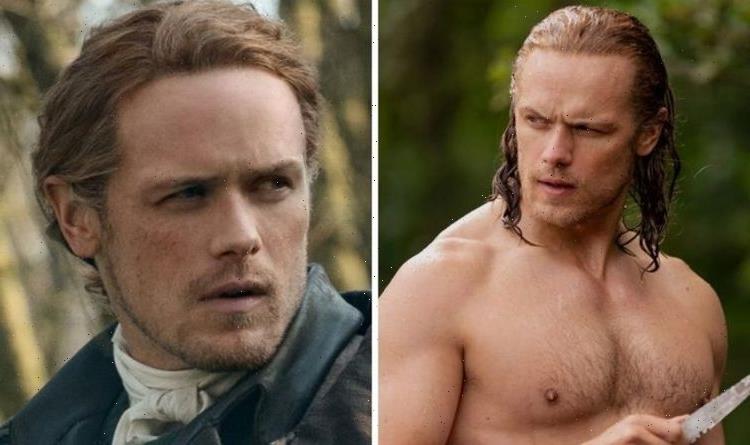 Outlander: Sam Heughan on the first episode of series five

Outlander fans couldn’t imagine anyone else as Jamie Fraser as Sam Heughan instantly proved to be a popular choice to play the highlander. However, before it was set to be a Starz show, there were other choices in mind for the character. Express.co.uk has brought together some of the actors that were considered to play the role.

Who was in line to play Jamie Fraser before Sam Heughan?

Season six is currently in development by Starz, with the long wait for the season becoming known as ‘droughtlander’ by fans.

Set to return in early 2022, there is still a wait to go before viewers can dive back into the time-travelling epic.

During the wait, many fans have taken to re-watching the series, with the first season establishing the beloved characters that are icons today.

Yet, things were very close to being different, especially for Sam Heughan’s Jamie Fraser.

The 41-year-old Scottish actor has been in the role since season one and has become synonymous with the series for most people.

Yet, there were actually two actors considered before Heughan was cast, and they might be a surprise for some fans.

The casting goes back many years before the show was initially green lit, or before it was envisioned as a show at all.

Originally Outlander was intended to be adapted as a film, with some big names floated around the project.

Speaking to E!, the author of the original novels, Diana Gabaldon, explained who was in mind when she was first approached about an adaptation.

Gabaldon explained: “This was years ago when I was first approached about adapting Outlander, when it was a feature film.

“But Liam Neeson and Sean Connery were the first contenders for Jamie.”

Both stars would have been big names for the adaptation, with Neeson still regularly appearing in blockbusters to this day.

Connery on the other hand retired from acting in 2003, with the star’s most iconic performance being the original James Bond.

He would later go on to star in The Untouchables, The Rock, Highlander, The Hunt for Red October, and Indiana Jones and the Last Crusade.

Sadly, Connery passed away in October 2020, with his last work being the voice of Sir Billi in the animated film of the same name.

It is unclear when the film version of Outlander was suggested, but it was likely in the early 1990s judging by the actors chosen.

The first book was written in 1991, giving the production around 10 years before Connery’s retirement.

However, when it came to Heughan, Gabaldon wasn’t initially happy about that choice either, admitting she found his casting “grotesque”.

This was because Heughan had been in so few projects before Outlander, but the author now loves Heughan in the role.

“People say, ‘Do [Sam and Catriona Balfe] look just like your imagination?'” Gabaldon added. “And I’m like, ‘Well, how could they?’ But they don’t need to. What an actor does is magic.”

Outlander season six is set to premiere in early 2022 on Stars in the USA. A UK release date is yet to be confirmed.