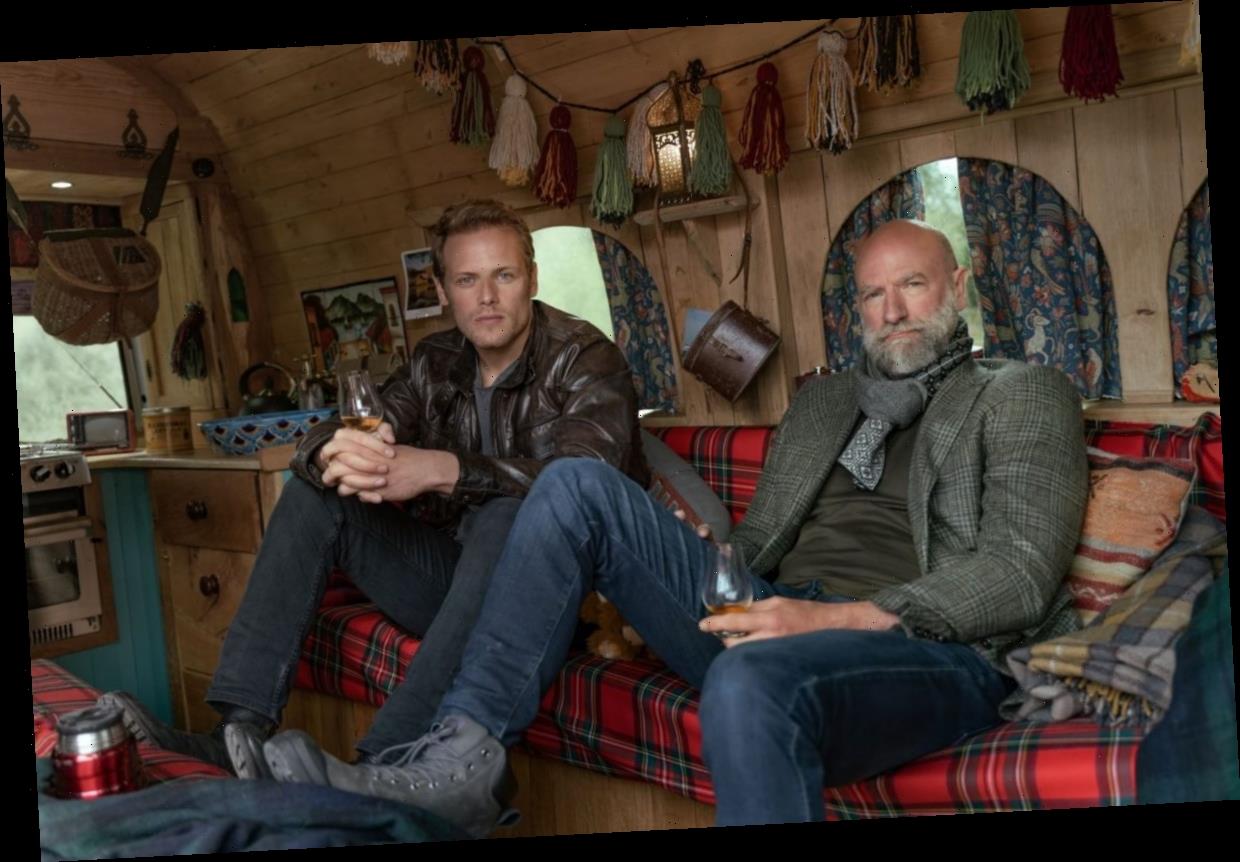 Outlander star Sam Heughan is exploring Scotland in his new STARZ series Men In Kilts. Alongside Graham McTavish, Heughan is discovering all kinds of amazing things about his home country.

But in the most recent episode, he didn’t have too many good things to say about his skinny-dipping experience.

The ‘Outlander’ stars made a bet that ended with some nudity

Men in Kilts is a docu-series that follows the Outlander co-stars as they travel around Scotland, one dram of whiskey at a time. In each episode, Heughan and McTavish focus on a different part of Scottish culture.

The topic of episode two was Scottish sports. But fans will forever remember the bet that Heughan and McTavish made that ended with some nudity. To make things a little more interesting, the co-stars agreed to compete against each other in all of the Scottish sports. Everything from golfing to rugby to the Highland Games. Whoever lost the most events had to skinny dip in the North Sea.

Heughan appeared to have a slight lead throughout the episode. But McTavish overtook him at the end. That meant that Heughan had to strip down and run into the icy water. McTavish couldn’t have been happier.

“All I can say is that it was such a sweet moment when I was able to witness him running in the freezing rain and wind into the North Atlantic Ocean,” McTavish told Decider. “So I literally fell to my knees with joy. I know this might seem a little petty, but…”

“Very petty,” Heughan said, interrupting. “Childish. I mean, the amount of jubilation and then and then also, like, as we were driving to the skinny dipping, I mean, he just couldn’t contain himself.”

Sam Heughan rates skinny-dipping in Scotland a ‘minus 5’

Heughan later gave his review of his skinny-dipping experience to Hollywood Life, and it wasn’t good. It’s safe to say that the actor won’t be doing that again anytime soon.

“You know, on a scale of 1 to 10, it was probably a minus 5,” Heughan said. “It was cold. It was very cold. It’s the North Sea and most people when they go in the North Sea to surf — who knew that Scotland had a surfing population? — they wear a wetsuit. A very thick one.”

Heughan says that he felt he had to follow through on his bet and do it. But, he was shocked by how far away the sea was at low tide. He says that he kept running and running, and just enjoyed the view from Scotland’s incredible beaches.

“The sand is golden, the sea is like this emerald green and blue. It’s stunning, and it just happened to be a little chilly,” Heughan explained.

Throughout the second episode of Men in Kilts, Heughan and McTavish tried just about every Scottish sport they could think of. They lifted heavy rocks, hit some balls at St. Andrews, and even tossed the caber.

McTavish came from behind to beat Heughan and the end. But, during an interview with TV Line, Heughan claimed that he let his co-star win.

“Oh yeah. I was absolutely gonna beat him at everything, hands down,” Heughan said. “And I could have if I wanted to.”

McTavish said that sounds like something losers at the Olympics would say. He added that he “made sure the tide was out” so Heughan would have to run along such a large beach.

Both Heughan and McTavish are “sure” there will be another competition between them if there is a second season. Heughan made it clear that “revenge is best served cold.”

Seasons 1 through 5 of Outlander are available on the STARZ app and Amazon Prime Video. Men in Kilts airs Sunday nights on STARZ.